I don’t really do field IT work anymore but I have two pouches of tools that I always use or grab when doing anything really.

Do you mean the Xiamo Mijia. If so, can second that they’re awesome. All kinds of precision bits for poking at small electronics and not exactly expensive. 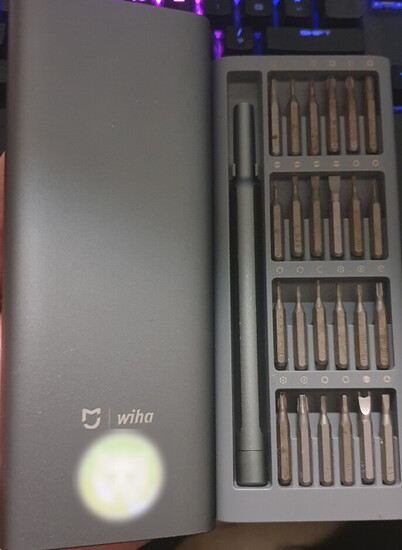 Mine has the logo but not the brand, checked order history and it does say “Mijia”. Ehh, probably sold under various names as those things tend to do…

It might be a regional trademark difference, since that set was aimed at the chinese market.
There’s an European company with the same name that also makes hand tools, so the Miija branding is probably for sale outside of China

I have a I-fixit kit already. Thinking about maybe getting one of these sets for my field bag

Also, I was at Lowe’s yesterday and saw these: 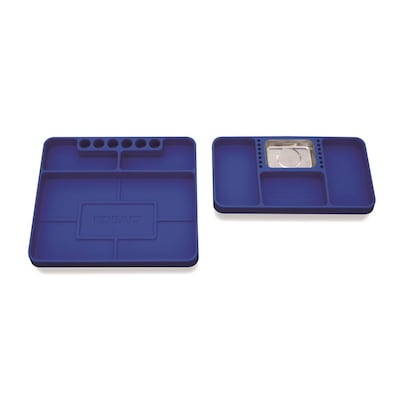 Shop Kobalt 2 Piece Silicone Organization Tray with Magnetundefined at Lowe's.com. Protect finished and painted surfaces while keeping your tools at your fingertips with our new Kobalt 2-piece nesting silicone tool tray set. These 100%

I’ve let myself into my own house, the lock is kinda old and crap, and its one of those ones thats built into the handle. I just leave the kit in there, never know when I’ll lose my keys again lmao, its paper thin anyways.

I’m going to add power cable adapters so that you can change the ends of them. So from kettle lead to figure 8 and the reverse, that sort of thing

I had a run-in with some serial interfaces today and one of the guys with me on-site had this neat USB to RS232 dongle with both a DB9, DIN8, RJ12, RJ45 and some other connectors.
It would be a neat addition to my tool bag since I now carry a separate adapter for each connector type.
It was Emmerson-branded, so probably not available to mere mortals. I can’t find a knock-off at the usual suspects however. Has Anyone here had a run-in with one of these by any chance?