Issue: Getting 4k Ultra HD Blu Rays to be recognized on computer

I have an LG HL-DT-ST BD-RE WH14NS40 combination Blu Ray drive in my computer. I have 4k movies on Blu Ray discs that I want to play on my computer. The drive does not seem to recognize the discs, be it in windows, linux, or even the UEFI.

So I downloaded/installed the latest windows drivers (1.03) which are dated for a couple of years ago and it was no help. I called LG and sent them and email and request, but no luck. I did get put on hold for a bit and transferred to somebody who actually knows things and it seemed like there was a lack of support for the drive software or firmware updates until "Microsoft recognizes the drive as being 4k capable."

What are my options? I am not a complete novice with Linux and would be willing to dig deep if there was a not-so-clean solution. I do not want to buy another drive, seeing as this drive has the right hardware to make it work. The issue I am having should not even be an issue, so I am frustrated.

Thank you for your time and help guys

No you need software to read from the disks, which are encrypted. Use this to make rips, and then your can burn the unencrypted content onto blank blue ray disks or just keep the digital copies. A fair warning, they will be large. 30+ GB each.

And yes the program works on both windows and linux. The program is MakeMKV.

Bottom Line: blue ray disk cannot be read unless both the hardware (blueray player), and software to read blue rays, are present. That stuff will land you close to 80$. What I linked was a program where you can rip the contents on the blueray disks into a raw mkv container, to then convert to what ever format you so choose, and then you can reburn that onto blank blue ray disks. Doing this will allow you to then have a ready set of disk to play from without the need for the reader software.

This is honestly the best I have to this because this is what I do. Of course I keep the originals just in case i need to make more copies.

You're better off with just a straight blu ray player, like he said, it's not like DVDs you need software to actually read the disks. Thanks DRM!

I am very familiar with MakeMKV. I have used this process and other similar for over 300 Movies for both Blu Ray and DVD. I am just having issues with the new 4k Blu Rays. I have no issues with encryption. I have issues with recognizing the Blu Ray period regardless of AACS status.

Is this issues with BlueRays that you ripped yourself or COTS BlueRay disks?

These are Blu Rays direct from Amazon. They are brand new.

try ripping them first and then seeing if that works. I'm betting my money on this being a software issue and not an issue with the hardware.

I cannot get the drive to recognize the disc at all. I am not having any software issues. The disc must be recognized by the hardware before software can address and begin to crack the code. Unless I misunderstand how these things work, the software packages we are referring to are not going to tell the drive how to read the disc. They say when and where, but not how.

Try to see if makeMKV detects that the disk is inserted
Did you upgrade from Win7 or was this a clean install of Win10?

It does not detect it.

Did you upgrade from Win7 or was this a clean install of Win10?

I'm reading documented reviews of people having that exact drive work with 1.0, 1.1 firmware as far back as Ubuntu 12.04. I th ink your drive is a dud. Tell me, does it read DVD's, or regular blue rays? Here is a review from amazon:

I had this drive for 13 months before it needed replacing, so I have a good perspective to review this from.
Pros:
This drive handles most tasks you throw at it without problem. It
overburns speeds on 6x Verbatim BD-R to about 10x. Has written Verbatim
BD-R, DVD+R DL, and DVD-R, Taiyo Yuden CD-R, and Memorex CD-RW and
BD-RE with very few failures.

Cons: Here's where the major flaw
comes into play and why I deducted a star from my rating. It does not
properly write to rewritable DVD - or +. If I wrote a Ritek DVD-RW in
it, my Panasonic DVD recorder would not format it for writing unless I
fully formatted the disc in a different (LiteOn) DVD burner. Writing to
Ritek DVD+RW was has an interesting result. The writes complete but
randomly the discs can't be read afterwards. The discs are useless
after this happens. Not even a full format in my LiteOn fixes the
problem. This drive writes to these Riteks a few times and then renders
them unusable.

I had to replace this drive after 13 months
because it stopped writing to Verbatim DVD+R DL correctly after it had
been before. I had the 2 firmware revisions before the most recent one
installed. The most recent one came out after I had to replace it, so I
don't know if updating the firmware might have fixed the DVD
rewritables problem. It probably wouldn't have because according to
LG's firmware site for the drive, the documentation says the firmware
only addresses reading DVD-R's issues.

So, as I said, this drive is a fairly good one. It just has that one major flaw.

It has read and ripped hundreds of blu rays and dvds on this firmware and on the previous.

What type of disks are those 4k disks? 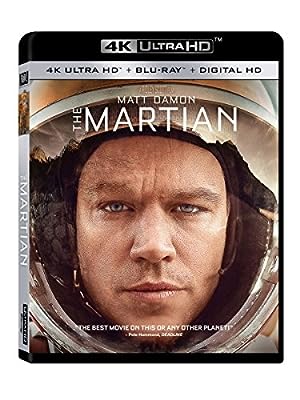 This is the 4k UHD copy with a standard Blu-ray.

The Standard Blu Ray one works fine. The 4k Blu Ray does not.

Okay so after some research, your drive supports 4k bluray conent, which is BD-XL (quad layer)

I am aware of this, hence the whole forum post.

Has it been able to read BD-XL disks before this? I'm reading a bunch of reviews on all kinds of sites. That device definitely should read them. But people's reviews says the 'death' of the device is when it stops reading disks.