Is ZFS/TrueNas really the best there is?

Tech wise ZFS is way up at the top.

But as an enterprise customer (I am) other things are also critically important.

If you go ZFS yourself you’re on your own with all of that and anyone in enterprise has far more things to do that can’t be farmed out via a hardware array and support purchase.

Edit. I have ZFS, NetApp and pure storage at work.

I’m currently experimenting with ceph, to learn some new things. While a production high available ceph cluster would require quite a lot of hardware, you can also experiment with it on a very small scale (though performance suffers, and ceph has some high performance overhead by itself it looks like)
I currently use 2 PC’s, a bunch of HDDs and SSDs, and a 25Gb/s direct link between them, and a raspi as a 3rd monitor.
I like that you can expand it by one disk at a time, and don’t have to add a whole vdev full of disks at a time (does ZFS still require this?).
But it’s fun to learn/play with new stuff. 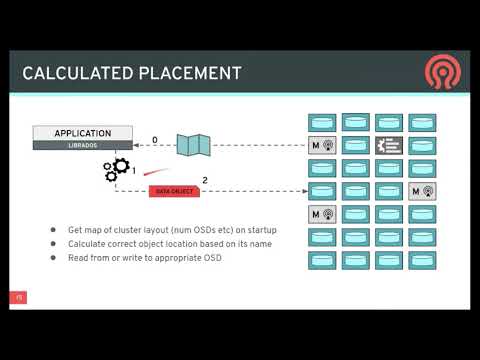 I really have to spend some time to dive into Ceph. With all of the stuff IX is doing by throwing Gluster on top of ZFS, the new stuff VMWare is doing with VSAN etc, I really don’t have any idea how Ceph works. Ceph is object based, and not block or file, so it’s a whole different ball of wax.

Thanks for the reminder, I’ll give the video a watch.

I think ZFS takes the crown for single-node systems (like many home servers/NAS do). Ceph is probably better if you can afford to split over many nodes, but you need at least 3x nodes to run a real cluster.

I mean maybe, but Ceph vs ZFS + Gluster is really the debate of the day, isn’t it?

Lenovo SANs seem like a good deal. Much cheaper than NetAPP. If anyone can provide more info or links about Lenovo Sans I would be grateful. Thanks

NetAPP is made by Lenovo, and Lenovo SANs are basically just NetAPP SANs, so any information you can gather translates between the two.

This is a SANTricity SAN similar to one I have at work
Lenovo ThinkSystem DE4000F review: Throwing down the gauntlet | IT PRO

This is an ONTAP SAN, which is their higher end offering, but this is also a cost effective solution:
Lenovo unveils new NetApp entry-level all-flash arrays – Blocks and Files

Accelerate business with one of the world’s most efficient, cloud-connected hybrid-flash storage solutions. Shop Today!

I really dont need the Nas features. Just SAN. I wish they would offer Ontap on the lower end.

How sure are you that Ontop SANs do more than Santricity SANs when it comes to data protection and integrity? Where did you read that?

Can you explain your use case a bit better?

If you really need really high durability, and have a small amount of data for durability nothing beats a backup stored in a public cloud. You could replicate the data locally (e.g. 3 or 4 local copies)+mirror asynchronously to a cloud.

This durability in public clouds is tied to overall data volume, and economies of scale that reduce the marginal overhead of maintaining everything.

On a deep technical level the actual data is typically stored immutable using some variant of proprietary nested codes/2d erasure codes/shingled erasure codes. For example, it might be set up such that you have 200-ish data blocks and 40-ish parity blocks spread across 200 different datacenter racks. Typically this setup will be mirrored into a different datacenter campus/region.
If something happens, powerful automation and eventually also humans will take care to recover the data. The odds of 41 disks/240 disks rotting in a relevant spot and/or dying and losing data because of it is astronomically tiny, but at that scale there’s other risks. For example, the odds of datacenter catching fire and stuff burning down are higher, but public clouds are so big, they can just spread the make a new copy from existing data in other datacenters in another other datacenter and upreplicate the data.

This is why this whole cloud thing costs an arm and a leg, it’s years and years worth of piles of proprietary software down to HDD firmwares, coupled with operational experience, all abstracted into a simple pay what you use business model.

Somewhere in between is CEPH and minio as an up and coming simpler - if you have e.g. 20+ petabytes of data per year, it’s generally cheaper to keep one or two humans to maintain. (think 100-150k per year per human before taxes, times two because of “bus factor”).
Both CEPH and minio will do shingled or nester erasure coding.

If you really need really high durability, and have a small amount of data for durability nothing beats a backup stored in a public cloud. You could replicate the data locally (e.g. 3 or 4 local copies)+mirror asynchronously to a cloud.

This is strange to me because I have always thought that Onedrive, Google Docs, etc do not do bitrot protection.

My use case is just important small business files and maybe running virtual machines from the system.