I wanted to get a card that will work with my Freesync 4K monitor. Is the Vega 64 a good buy? Also, it will be a dual boot Linux system and I hear AMD has good driver support in Linux.

it does provided you use bleeding edge kernels and don’t care about passthrough VMs or doing various compute functions.

So yeah you will lose freesync, but that’s a much faster GPU. Worthwhile tradeoff, if you ask me.

You have proof of that? Cause there are no numbers, and that is MSRP and even Nvidia themselves sell more expensive at 599…
OK, let’s say this: Wait and see what the pricing and performance would be before you buy…

$599 is the founder’s edition, $499 is MSRP, then AIBs will price accordingly. I would expect high-end AIB versions to come in around $599, but going by the 10-series launch there will be some available at MSRP too.

Wait for benchmarks before making wild assumptions like that, on paper the 2080 doesn’t even beat the 1080ti. I have extreme doubts that the 2070 will.

Yeah, I am not going to be gaming to much anymore, so I was thinking Vega 56 might be the way to go.

I’ll bet you fifty dollars it does, in latest 3dmark, pay via paypal.

fifty dollars it does 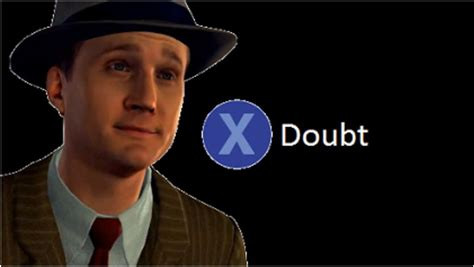 Yeah, theres no way the 2070 will beat a 1080ti unless you’re comparing “RTX OPS” or whatever BS metric nvidia came up with. I say this as an nvidcuck myself.

IMO Vega is not worth unless you’re spending most of your time in linux or planning on gaming. Get a used AMD card if you want the support without a huge premium. The 290x can be had used for about the $150 mark.

I guess what will you use it for?

8 posts were merged into an existing topic: Vacuum

I think theres more merit to discuss vega since OP stated hes not really gaming much. Vega doesnt make sense to me then at all.

way less productive to talk about cards that aren’t out yet.

@haptizum the gist is that AMD cards have ok support (except for opencl) on the most recent kernel drivers. If you don’t game get the cheapest card you feel comfortable with, if you want compute buy a midrange nvidia card.

And if you aren’t really gaming, why spend so much on a GPU in the first place? A RX580 will do great.

I wasnt suggesting he get one of those, I suggested a used AMD, specifically the 290x because its pretty good value and performance.

hawaii has powerstate bugs on the most recent OSS drivers, no one should be recommending transitional GCN on linux right now.

I was actually considering the RX580.

It’s a good value, but the 290x has a whopping 300w TDP. I guess if you live somewhere really chilly.

Yeah, the RX580 is a much better piece of hardware.

doesn’t matter what it draws because the amdgpu support is spotty.