Is this PCB fried? 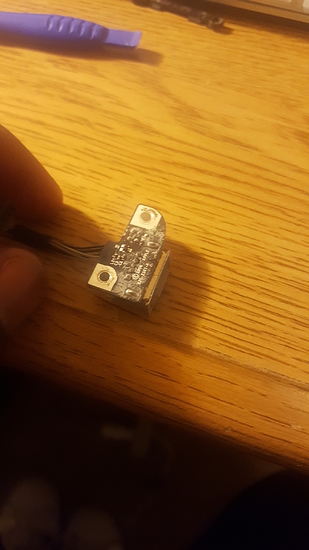 The grey discoloration could indicate warping of the layer of PCB from a lot of heat. It could be possibly be fried. Is that port from the brick charger or the laptop?

the laptop it self , its from a macbook 2008 late aluminum.

cannot lie the laptop do heat up excessively but from the apple list of what specific charger for what specific mac it says that it can handle the 60Wh charge.

I feel that i may have forgot to add that i kinda modified the system to get it back to working and probably of it being almost 10 years old that it gave out on the charge. Luckly its just that and nothing eles

As stuff ages, the stuff cannot keep itself within standards. It was able to handle 60wh before without heating up, but now it is unable to do so.

If I'm following this thread correctly, the pcb died due to heat from getting power.

yes as the final conclusion. Well at least the charger port replacement is really a cheap fix instead of buying a new laptop.

I'm assuming you bought a replacement part and going to replace it yourself?

Yes i have bought a new part for it and going to replace because its way more cheaper than buying a new computer and going to apple care and paying a while lot more for them to try to fix.

kinda
So i do more digging around with the macbook and come to figure out that there's more than just the PCB issue.

I check the charger of the macbook to see if it was a shortage and it actually was, The required voltage for the 60Wh magsafe charger in order for acceptable charge is 16.5 volts. I checked (Thank God for friends that have Multi-meters, i need to buy one for myself) the voltage of the out put and it was giving .5 volts average so there was something also wrong with the inside of the adapter.

So i have two choices :

sadly yes i am 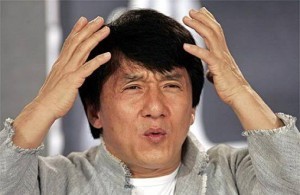 Haven't really thought of it actually it ran through my mind till now.

But the battery having to check it if can still receive a charge still works.

Step 1 when a battery doesn't hold a charge (especially if it's several presidential terms old) is replacing it.

Even if the battery wasn't the issue , don't buy a 90$ charger to charge a 9 year old battery.

alright after i get the one charger off of ebay I'll use some money to get a new charger off on probably amazon to have it work properly.

Are you in the states? Maybe close to NY?

Then my advise is visit Louis Rossmann... https://www.youtube.com/channel/UCl2mFZoRqjw_ELax4Yisf6w

He is also somewhere on reddit... and if u show him this thread he will be able to tell you exactly what you need.

ehh i was think about a lenovo x1 carbon but that may work out thanks.