Is This Device Too Good To Be True?

So the other night my bud asked if this phone would be a good idea. 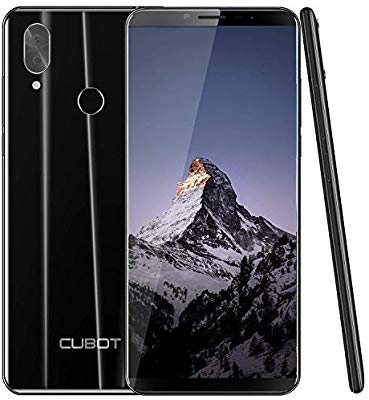 My first thought was ‘Its gunna be like a hygon cpu with built in malware’ but when I looked up the company who makes them, ShenZhen Harufui LTD, I was surprised. I’ve had hardware from them in the past and it actially was more secure than stuff I could get domestically, if you can believe that.

So, looking at the specs, its about the same as my moto z3 play. And since he had brought it up, its been on my mind. This seems like an excellent Ting device. Same specs as the Z3, cheap as fuck, but I’m concerned with how cheap it actually is. Thats a red flag to me… but I also need a new phone. Theres a line in my display, and while I could get a new display for 80 bucks, I could spend 40 more and just be on ting, finally.

So what do yall think?

Skeptical. The bad reviews are troubling, and I’m pretty sure a large percentage of the positive reviews are fake. Could get lucky, but I don’t think I’ll risk it (I’m also in the market for something soonish).

Don’t do it @FaunCB. You get what you pay for. In this case, you may get more than what you have bargained for.

Something is seriously wrong with this phone needing this… 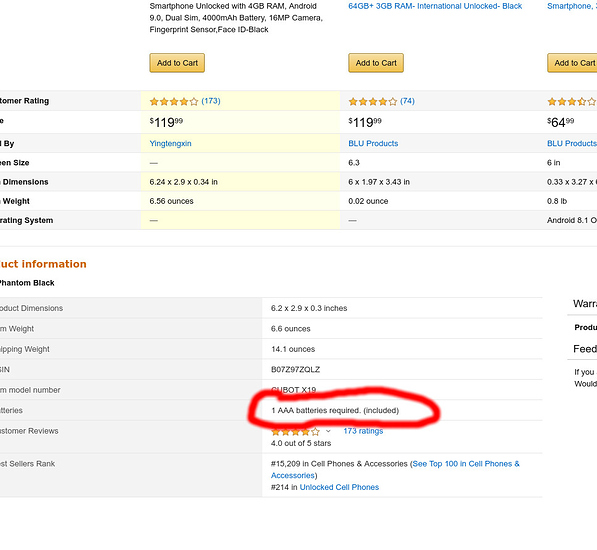 I bought a used Sony Xperia XA2 Ultra for $160 on Swappa back in September. Really happy with it.

Looking at that site now. Lots of fair deals, but quality is all ower the place.

The last update was over 9 months ago. Zero support, it’s basically garbage straight out the factory to make a few bucks

Define too good to be true… It probably has quality issues or strange behaviour that will drive you nuts. Obscure Chinese manufacturers have always made these really cheap smartphones that look good on paper and actually have good hardware, but in reality they broke down really fast, had dead pixels on the display, the battery lasted half the time it should, the GPS was not working while driving (lol), the phone shutdown due to overheating, camera quality was shit, software was buggy.

This is from my own experience with a 2 smartphones and 1 tablet. Tbh only 1 phone went dead in about a month, the other 2 still worked, sort of. Maybe they’ve gotten better.

The last noname Chinese product I bought was a MK809 Android stick, for $20 I got a quad core CPU, 2GB RAM, 8GB storage, microSD card slot, HDMI, microUSB - at around the time the Roku stick was $60 with 1/3 of the hardware. Still works, surprisingly.

FWIW, similar Xiaomi phones are slightly under $200, a bit underpowered but people seem to like them well enough.

Yeah but I can root it and put lineage on it why in the fuck would I keep the stock rom on anything.

Thats the same as sprint. Support for 2 months, dump.

Define too good to be true…

So Hygon makes cheap Zen processors and Zen based machines, but they probably have malware in them. They can be had for a lot less than other systems out there, but I wouldn’t want to get one.

This thing is as powerful, potentially, as my current phone. However the 120 bucks has me skeptical. Why is it 120? Is there malware on it? Is the chipset rootkitted?

FWIW, similar Xiaomi phones are slightly under $200, a bit underpowered but people seem to like them well enough.