Is this a good buy

What do you plan on using the laptop for?

The processor might be a slight problem.
I have a quite similar configuration, slammed a SSD in there and it worked like a charm. Even managed to play games such as StarCraft 2 and League of Legends at respectable frame rates.
( on Windows 10 )
If you plan to use this laptop for browsing the web, coding and some really light gaming, at that price, it seems like a nice deal. 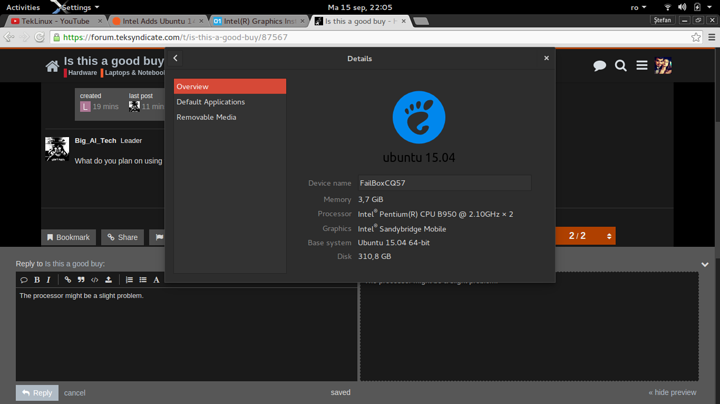 I'd say that's a good price, but maybe stuff maintains value longer where I'm from, because it's hard to find a good laptop for that price where I'm from.

If the laptop is only three years old and hardly used at all like he says, I would get it, as long as it's near perfect condition. If there are scrapes and stuff on it I wouldn't bother.

Knowing that it has a Celeron I wouldn't pick it up, personally. But that's my general opinion. I don't have good experiences with them. If it's a need that you have ATM go for it. Totally worth it. If it's an "Eh, I kinda wanna have a spare" then ehhhhhhh, ok? But if you have better hardware available don't bother.

Meter yourself as you please.