Is this a good 4K IPS monitor? 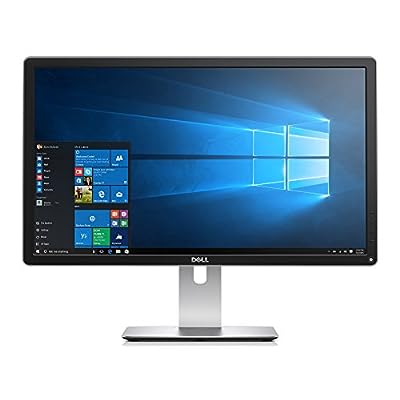 can't answer that question directly, but depends on what your computer specs are, cpu/gpu wise.
Also, need to know if this will affect your finances in any possible way. If you're rich enough, and your specs are up to par, and 24" is enough, go for it.

Me personally, I am waiting for what Seiki releases later this year
http://www.flatpanelshd.com/news.php?subaction=showfull&id=1420959892

Whether the "switch to 4k" is worth it or not is subjective.
I'd say go try out a 4K monitor and see if you consider it worth it over a 1440 or 1080p panel and see what the experience is like for you. On smaller panels, it may not make much of a difference because really, it's arguable that the DPI is what matters here. On larger panels, say 27", it'd probably be more noticeable.
Something to take note of is that you don't just need money for the panel, but for the hardware to run games on it. You won't get away with a single 760 on anything demanding without having the monitor just upscale from 1080p (which supposedly still looks quite nice still because it's a clean 4 pixels per every single pixel of 1080p *), or turning the settings down quite a bit.
Outside of games, there's still content consumption. YouTube and netflix now support 4K, and although it may not be a common thing for these features to actually be utilized now, it's obviously going to become a more prominent resolution in the future - who doesn't want higher resolution? Maybe blind people.
Oh yeah, and even if you're a content creator still producing in 1080p, above 1080p definitions can be handy because you can still see your footage as you edit it in its full definition without having to dedicate a whole/the vast majority of a monitor to it like you would have to with a 1080 or 1440p panel.

I think a better question to ask is this a good monitor. I don't do much gaming and when I do I will still use my 1080p monitor that I have now.

Personally, I don't think it's a good idea. I've got a 30" 2560x1600 screen and it does make sense at that size. The biggest problem is actually running games at that resolution at a decent framerate. Chances are, you'll have a harder times running games at little difference to visual quality.

have you considered a 39" seiki?
The colors aren't the greatest, but for productivity, I've heard they are great. I know someone who uses it for reading huge electronic schematics they can be had for ~320-400

I think your answer, then, is that at 24" the extra definition wouldn't have much of a benefit. You'd have to see a 4K 24" in person to verify this yourself though.

I found this 27inch 4k monitor from dell. Surprisingly its not that much more expensive. Neat. At 27", I'd say the additional resolution of 4K wouldn't be wasted (DPI won't be overkill - about 160 on that Dell panel) making it, in the words of L'Oreal Paris, worth it.