Is the FPS genre dying?

Oh, gotcha. I'll have to give this new UT a go!

Does it have a linux build?

It has been and it continues to be the most popular and best selling gaming genre. So no, it isn't dying.

Online RPG/FPS gaming is pretty stagnant, and has been since it first took off.
Ultima Online is the source DNA for RPG and DOOM/Quake? (Not my thing) for FPS
Arena Shooters and MOBA's etc all are variants of the typical single map based shooter, with the equal team setup.
MMO's are basic Single player campaigns, with an "End Game" based on core arena shooter mechanic.
Don't even consider the bolt-on rubbish added to every SPG, since then, I've never played them.
Rare is the game with good SPG and good MPG, very rare indeed, usually it just detracts from the good part.

The DayZ mod offered a little hope, but in essence, these are arena shooters, with extra large maps.

I'll just add this is both an FPS and RPG, so that's also new, on top of the PU stuff in the link

You're right, it won't. I wasn't citing Doom's single player to save the genre it started, if it is dying. I was saying that the single player for this release will most likely be different from the part of the game that wasn't well recieved by gamers. I'm realy hoping it's epic.

On the note of the genre growing sterile - I belive this is one of the reasons why Valve hasn't released the next Half-Life installment. The rise of the modern day shooter and Halo came about as Epsiode 2 came out (Modern Warfare came out a month after Episode 2).

I'll have to give this new UT a go

The new Unreal Tournament looks awesome and I love playing on the updated old maps. The problem is it is way too fast for me to play. I can not get a single frag and that is no fun at all.

I don't like the way the new DOOM looks at all. Sigh... I was really looking forwards to buying it day one, but I doubt I will even bother to pirate the game to check it out.

Prolly too fast for me too since I prefer slower tactical shooters.

Are there "slow people" servers???

No, arena shooters are dead. It's a shame to, I like me some Quake.

No, arena shooters are dead.

Not really...
Yeah, Quake style is probably dead, but if you think about it, things like TF2 and overcrotch are basically arena shooters with extra roles. Even CS is just arena shooter with different coat of paint...

I don't think there are really any Halo style games anymore(including the new Halos). They have all given in to the call of duty style rather than the classic Halo CE, 2, and 3 gameplay.

People that circle-jerk about Doom and Quake and "these kids and their newfangled slow/realistic shooters. Back in my day all we had was an arena and solid gameplay and we liked it." need to calm down.

You're just chasing nostalgia. I you want to play an arena shooter, play quake, doom, or xonotic.

Side note:
I don't understand why people shit on Halo so much. Halo has interesting multiplayer, or at least it did when I played it. Halo 3 and Halo: Reach had a lot of variety in weapons and vehicles, a good announcer, great level editors, tons of modes, support for custom modes, etc. I see Halo getting thrown under the bus with Call of Duty a lot but they have very little in common. 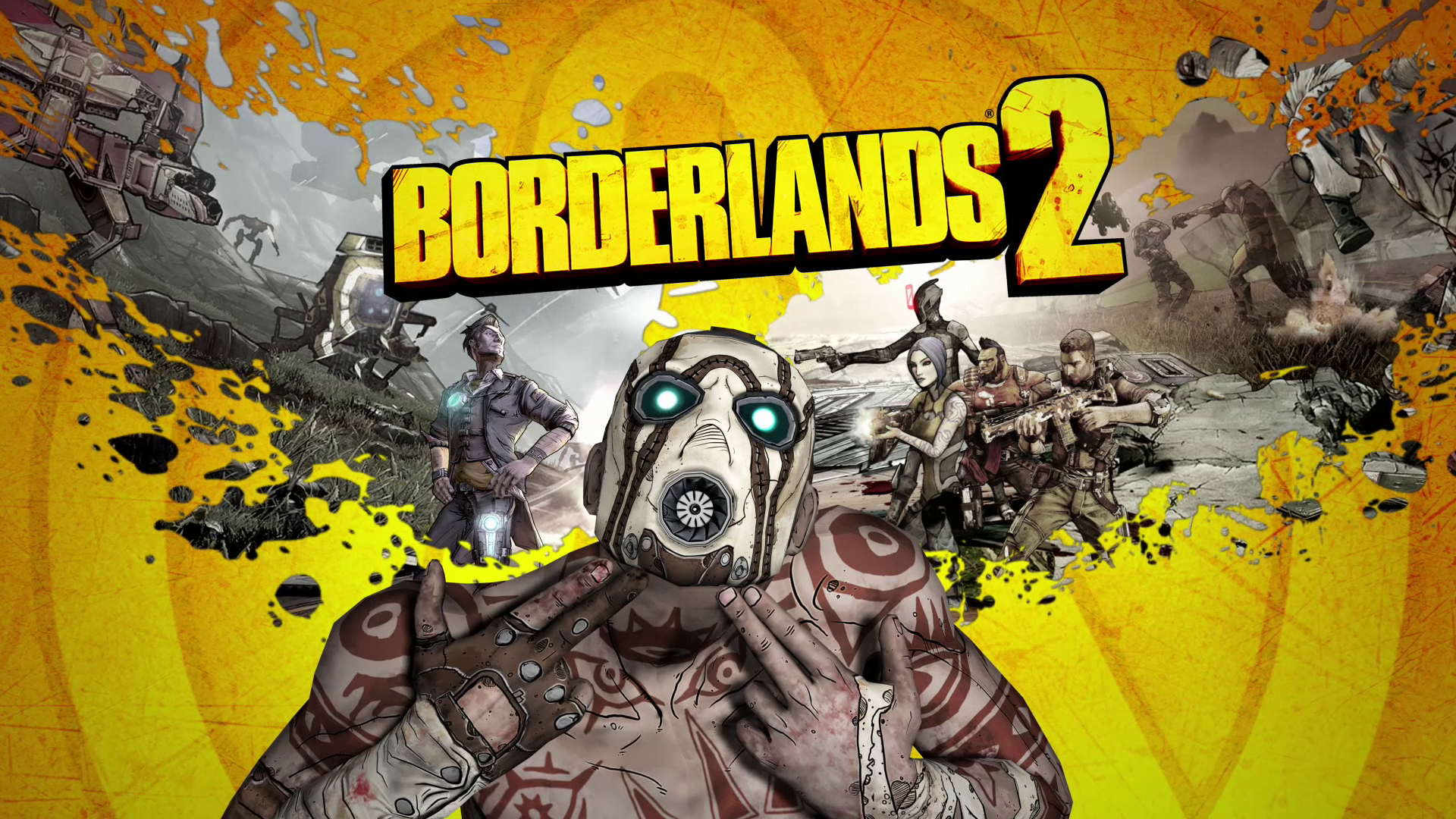 Honestly if you compare the current FPS scene to the one back then, I would say it was far more sterile then than it is now.

Sales don't equal quality though... Once the hype dies down and ppl look at the games without beer goggles they find most of the games in the genre are becoming just reskins of themselves. One can only play a game so many times before getting bored. There hasn't been too much innovation because AAA publishers are going to ride the money train until it dries up then kick the genre to the dump and move onto the next fad.

Granted: there are still good games in the genre being made, but they don't get the same exposure as the stale reskins most 'gamers' are going to see (i.e. console plebs).

DOOM seems like a desperate cash grab because id is dying once Carmac left. I watched the Cynical Brit's review and hated every minute of it. The game, not the reviewer. I love that guy!

Was responsible for the greatest unseen moment in computer gaming history.
It was 3AM and I was slowly moving through a darkened hallway in the abandoned Martian research laboratories. Ahead of me was a catwalk and a ladder up. I continued down the hall past some lockers on the left. A fat factory worker zombie with burning eyes POPPED out of a locker. I did a 90 degree aerial back-flip onto the floor with my chair.
I whacked my head pretty hard so I said out loud "It's time for bed." After pressing F5.

doom4 (lowercase) ain't gonna do that for me. The point of DOOM is not FPS play. FPS was added onto DOOM2 later because the internet was a fad. The whole point of DOOM is the game is a jump scare horror movie that one directs with FPS mouse + keyboard. I hope doom4 single player is scary, because I was disappointed so far. I think the Brit said MP was outsourced, so if id does the main game it might be good. The earlier footage from E3 looked cool. I've loved every id game so far, especially RAGE. I still play it.

BULLETSTORM is a $5 game you will never uninstall. My #1 favorite of all time. I have logged sooo many hours replaying the single player over and over again since 2011. This game is super macho lewd bawdy fun and so cheap now. It's what Duke Nukem should have been. 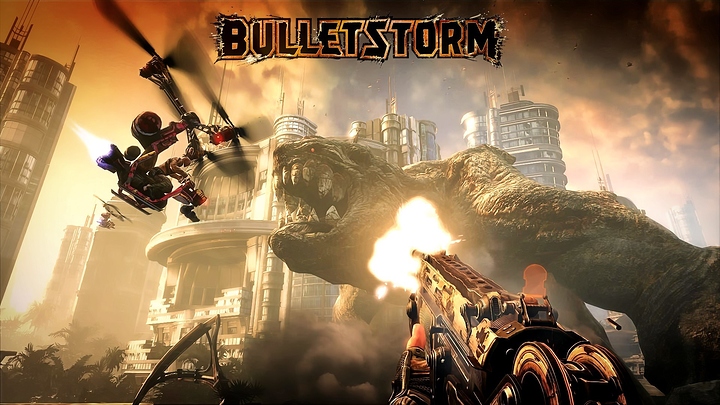 Yeah. CSGO currently has the most optimistic rate of player influx. Every other game seems to be dying off after a short period of time, some even die in a few weeks.

But to me it seems that the same can be said about the Moba/Aeon of strife clone as well. You barely see any new games trying to take place of Dota, LoL and Smite. I guess players are looking for a more standard exemplar of what they want to play.

Another reason could be due to more fps games coming out and it seems natural that the audience will move from game to game in short successions because little of them provide any significant replay value. And games like CSGO and Overwatch seem to have a huge fuck-ton of it.

No, FPS is not dying.

what you are recognizing is a general lack of risk taking by AAA publishers in general because of the rising cost of development. Its very obvious in multiplayer FPS because 1. Its the most popular AAA genre. 2. There isn't much of a focus on story or characters to hide stagnation. 3. multiplayer requires a large population, so AAA is basically the only place you can get good multiplayer FPS. Despite this lack of risk taking, you see games like Battleborn, Overwatch, and Lawbreakers, which are doing some risks and doing logical progressions of the FPS and Moba genres. Also, FPS are slow paced because most AAA games are multiplatform and gamepads suck for fast paced FPS.

And why do you care if those games get enough exposure? As long as you have something interesting to play it's all good.

The carmack games were not revolutionary they were just evolutionary, see Capture The Flag on atari 800 and games like Encounter, Maybe if Doom was the first game you played you would have thought differently.

need to fire up Midi Maze on my atari stfm now

Don't forget the more "hardcore" shooters such as Insurgency and ARMA series which has a relatively mature community haha.

Although I would agree, overall with the way the market is currently going with "rinse and repeat" it will be a while until we see some real innovative shooters show up (something like the Portal series - if you can consider that a shooter).

Depends on how you view dying. Is more profit and customers dying? Or is it your opinion that the games coming out now suck so that must mean the industry is dying? I agree fps is stale but they keep making so much damn money off of shit games

prepares for a flocking

CS:GO is not that great in my opinion. The Source engine is showing it's age and the Twitch players are making us small guys look like wimps. While it is fun, there is far better shooters out there.

Call of Duty is okay for the campaign, the multiplayer is swill.

Halo might as well be dead cause it does not resemble what it was back when Halo 3 released.

Rinse and repeat style game play has ruined what was an awesome genre. The game designers seen that it was working but decided that rinse and repeat would be the new staple. This is why games like Perfect Dark Zero was shunned and cast aside. Once Call of Duty 4 came out PDZ died.

The new Doom is a great example "Call of Doom" is what Logan called it.

I wish they would rework the souce engine and make a better shooter than CS:GO but it seems that they wont.

Borderlands pissed me off cause it punished you if you wanted to play alone and the enemies kept re spawning.

I didnt really like the new Wolfenstein, something really didnt sit right with me after I played it.

FPS games are not dying they have become stale.