I have the 3000 RPM Noctua fans on my radiator, and they keep going to full speed, then back down again over and over all the time, but for just surfing the web and watching movies, I don’t notice any performance problems.

But if i play games, I notice when ti happens, and I had an overlay up over the game with RivaTuner to see CPU and GPU temp, speed and usage, and I saw the CPU being throttled down to below 600 MHz, and the frame rate in the game was very low.

So I have been loogging game sessions with HWiNFO to see if I could catch it, and I eventually did. I added a screenshot of some of the graphs and the log file itself zipped if others could have a look to see if they could tell me what could be going on.

I have a feeling my pump stops for some reason, and that would of course make things warm, so the fans kick in and go at full speed to try and cool it, which also explains why the CPU clocks itself down.

I have already ordered a Noctua NH-U14S TR4-SP3, so when i get it, I will open up the case to try and see if the pump is actually stopping. There are also strange sounds at times, especially when starting up, and I have a feeling it might be the pump.

Here is my system: 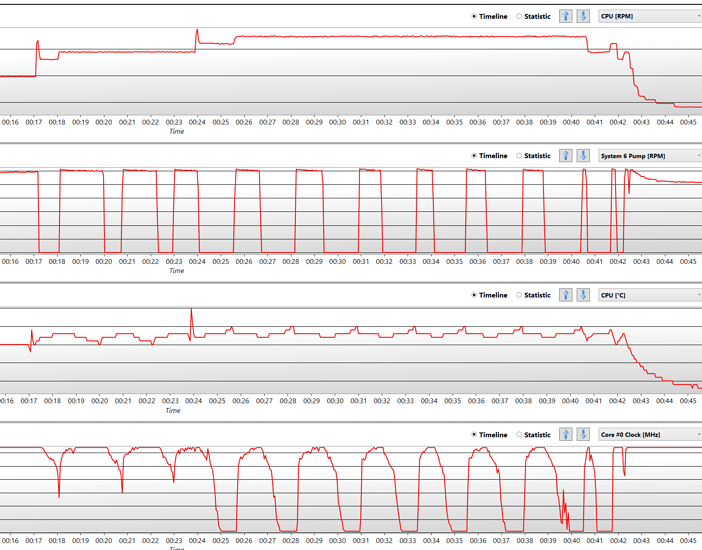 the enermax tr4 clc have mixed metals in the loop .
https://techreport.com/forums/viewtopic.php?t=121071

it was a common issue when they got launched 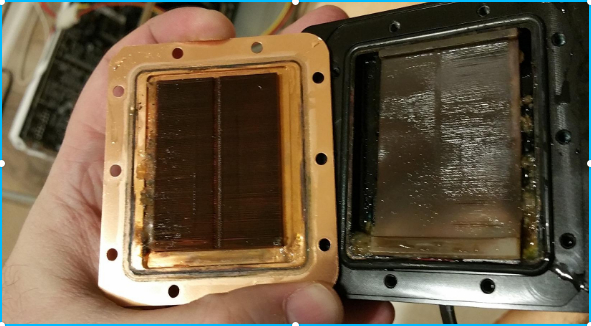 Wasn’t this just a problem for some of the first versions?

from looking its the full tr4 clc line from enermax the anti corrosive evaporates out of the loop too fast most clc dont use jsut water cause most of em are mixed metals. but enermax fucked up this round

I see. Will be testing it when I get the Noctua, and returning it if there is a pump issue. Won’t open it though, as I want to return it. Only had it since January, but not really used it since the end of March.

If it’s still happening on the refreshed II variant, you have grounds for a legal case that the company lied about fixing the issue. If this becomes common AGAIN, then a class action is possible.

pump failing and mixed metals
its basically the same shit 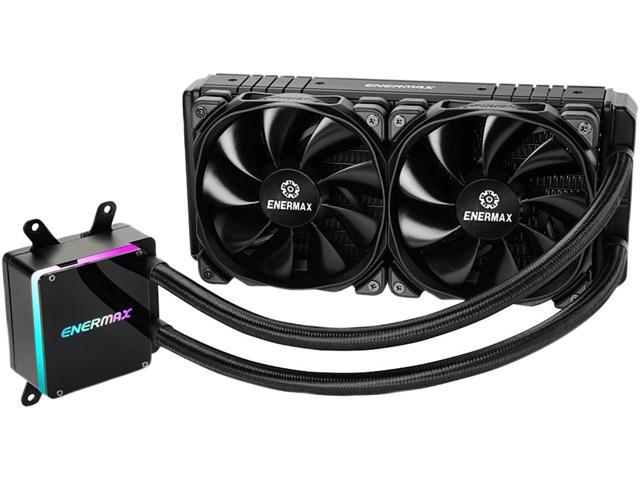 on the newegg reviews rma’d pumps are still failing

Yeah, I’m waiting for my Noctua cooler to arrive. I was considering Cooler Master’s TR4 coolers, but went with just air for now. Maybe at a later time, but I think I’ll have the Noctua for a a long time.

Yup, grounds for a lawsuit. It’s defective by design.