Is it possible to reproduce retail game copies? (Forgery/Fakery)

PC copies specifically? Is it possible with… whatever equipment? I have NO IDEA and can’t even begin to think what would be needed to put artwork on a CD. Or how people would make box art, instruction manuals. And plus… working game codes? I think that’s where you draw the line and say “yeah, that’s impossible”. Or perhaps not?

The reason i’m asking is because I found a seller - and have found such sellers in the past - who is selling a Rage: Anarchy Edition on PC. NEW. And he has PLENTY of copies. I’m definitely interested in purchasing one. But i’m a little paranoid. I can’t help myself. I’m just being me.

One thing to note. I DID buy a physical copy of AVP a long time ago. And the spine of the case has the artwork misaligned. It’s really weird. The code inside worked. There was no instruction manual and I DID find someone post somewhere that theirs didn’t come with one either. But I DO know that’s happened in the past with some games. I guess they just cheaped out?

Oh yeah, here’s the listing I found on eBay. 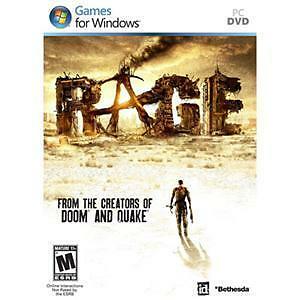 if there’s a keygen you can just supply a valid key with it, and if there’s a crack you can pop a fake license key screen in the wizard that accepts anything.

A lot of the time this stuff might be games that were bundled with other products and not intended to be sold separately, also.

Note: “factory sealed copy” doesn’t necessarily mean it gets the full box art if it as per above.

But then again now a days it’s just a DVD case with a printed outside slip. Easy as.

LightScribe is an optical disc recording technology that was created by the Hewlett-Packard Company. It uses specially coated recordable CD and DVD media to produce laser-etched labels with text or graphics, as opposed to stick-on labels and printable discs. Although HP no longer is developing the technology, it is still maintained and supported by a number of independent enthusiasts. The LightScribe method uses the laser in a way similar to when plain data are written to the disc; a greyscale i...

Or how people would make box art, instruction manuals.

You can find the box art online. Maybe even the manuals. I think it’s the German magazines “PC Games” and “PC Games Hardware” that include the box art with the games they bundle with their magazines for you to print out. Just as an example.
Steam and GoG give you the manuals in digital form (for the games that have them).
Quality wise…no idea how much a color laser printer and good paper would cost.

All the known printer makers have/had printers that can do CD-prints.
Then there is TEAC and Microboards wich make the real deal CD-printers.

Wait a second. A KEYGEN for game codes…? How does that work? How do you specifically make a keygen for a specific game. I don’t even understand how keys are validated for games. I take it it’s just built on redundancy, and as long as a key hasn’t been activated before, it’s flagged as valid? I have no idea…

Now you guys are making me not want to buy one. Ahahaha.

HOWEVER, I DID buy a Crysis Maximum Edition copy, sealed, black label. And it looked just like the real deal. Gorgeous. And worked like a charm.

The keys have to be deterministic if there isn’t online verification, because you can’t ship the seed or private key with the product, and many older game DRM systems used weak cryptography to generate the seed for the keys.

You’d have to ask all the ukranian warez guys who built them for specifics, but the gist is, yes, it’s completely possible to create a tool that generates arbitirary valid keys for offline DRM

which is why online DRM rose to prominence as soon as it was practical.

but the gist is, yes, it’s completely possible to create a tool that generates arbitirary valid keys for offline DRM

even if it is genuine you can’t install it because GFWL no longer exists.

Oh, I researched. Steam has activation for Rage. Yeah, idk about GFWL. I’m sure they developed a plan B for it and Steam seems to be it. I bought Fallout 3 which had GFWL. I simply used the key on Steam.

And plus, I think that seller would be completely shit-canned if no one could use the games he’s selling.

Dark souls got completely orphaned on GFWL, completely depends on the title. I had to re-buy on steam. (prepare to die came out in the interim and anyone that didn’t transfer lost the ability to)

Also he’d be selling you a valid license, just not one for a service that exists any more.

Well like I said, I got Fallout 3 and didn’t bother with any GFWL nonsense. I used the code inside immediately on Steam. Worked like a charm. And according to the list of games with Steam activation, Rage works.

Plastic box - couple cents.
Printer to print the artwork on a piece of paper.
Put the piece of paper on the plastic box.
Congrats, you have a box with game artwork, basically a retail box.
If you don’t want to manufacture your own DVD discs or Blue Ray disks just use a plain disc, write all the files and put it in the box. 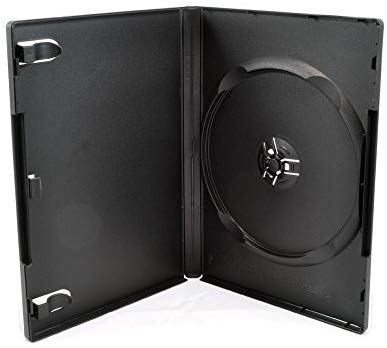 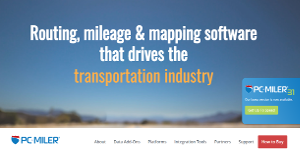 Looking for honest PC*Miler reviews? Learn more about its pricing details and check what experts think about its features and integrations. Read user reviews from verified customers who actually used the software and shared their experience on its...

cost a grand retail, infection showed up on scan, Get allot of good deals on movies before they where in walmart…you learn to ignore the people walking in front of the screen

Sorry, but i’ll need a translation for that.

So, basically that copy of Rage could be a forgery? I mean… DAMN, if that Crysis Maximum Edition that I bought a couple years ago was, it was a damn good one.