Is an SSD necessary in a budget gaming rig?

Hey guys, this is my first forum post and I appreciate any help you guys can give me.

My question is, do you guys think an SSD is necessary for a build around this budget?
I think I heard on one of the TekSyndicate Videos that it's a good idea to buy a small one and then have nothing but your OS on it in order to make your functionality overall faster, then use a regular HDD for everything else. I'm hoping for a dual OS of Windows 10 and I want to try Linux.
Thanks
-Barbaro

IMO a ssd is a must for any system. When I built my first budget pc I did not have the money for one at that moment so I just used my HDD as my boot drive until I got the money for one. SO if its not in the budget now make one for a ssd because its worth it.

Ok, so should I only have one for my OS's, or for everything? And what size should I get?

Thats really up to you and how much your willing to spend on a ssd. I started out with one just for the OS then overtime just upgraded to a bigger ssd to put games&software on. IF you have the money for a ssd that you feel will fit your needs then I would say just buy a ssd for everything. But thats up to your budget.

It's not necessary but it's worth the money. But for gaming you're better off spending that money on a GPU. An SSD will make your OS more responsive and if you install your games on it they'll load faster, but it won't improve your FPS or anything like that.

You could look at getting a SSHD if that better fits your budget.

right, sorry, I wasn't clear:
I meant to ask what size SSD should I get to fit my OS. As in, how much space would Windows 10 and Linux take up? After more thought I don't care much about how fast my games load. They load fine already, and I'm using a regular laptop right now.
And to be on the same page: I want to spend as little as possible, I'm already pretty much at my budget but I'm willing to spend a little more just for the responsive OS's.

Thanks for responding, I'm already planning on getting an EVGA GeForce GTX 970 for my build, which I think is more than enough graphics power for my budget. I don't think I care much about load times, I've never had a problem with them in the past and I use a standard issue Asus Notebook for gaming right now, hahaha. And an SSHD is a good suggestion, tbh I didn't even know they were a thing until now. I just want to know now how big an SSD I need to just put the two OS's on.

For just the OS I'd go with a 120gb but you could probably get away with 60gb.

You will still want to put things other than the OS on the SSD (Web browser, Steam, photo/video editing software, etc).

may i ask what your build consists of?

Sure. Well, my build is by no means a final draft, I still need to consult with my friend, which I'm doing this Wednesday.
What I'm saying is, I THINK all these parts are compatible, hahaha!

I would use two SSDs, one for windows and one for Linux. A cheap 64 Gig one would be around 40 bucks. Dual booting from one drive is a pain because sometimes operating systems installer does stupid stuff and puts a boot loader where you do not want it.

SSD really only effect load times (really noticeable with large games like BF4 and skyrim/oblivion with mods etc)
SSD/HD hybrid would be your step under SSD.
WD blue or black or equivalent would be one step under that.

If i may suggest, it might be wiser to go with an i5 over any of the AMD FX CPUs. the i5 not only does better in games, but it would serve better in the coming years when compared to the older FX series. Hell, even some of the newer 13 CPUs beat out the FX-8370 in some games.

Also, although it is $40+ more expensive, the EVGA 650W G2 PSU would be an awesome upgrade. i have the 850W version, and it is awesome. the fan doesn't even turn on until it gets to 45% load (if you flip the eco switch on). it is also built extremely solid and is modular and all that good stuff. 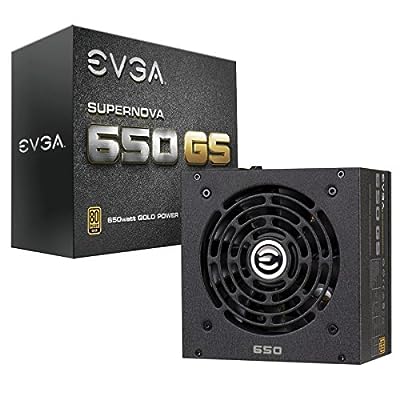 But I was looking at i5's and they seem so extremely expensive for the same speeds. Is there an i5 that you suggest that you know would do better and be faster than the AMD?

For games.. basically all of them lol.
Will you be overclocking?

Probably not because I'd rather keep to air cooling. I don't want to damage my parts and I'd want to know that what I was doing was safe first.

Also there's obviously something I'm missing here. The AMD FX processor is 3.5 ghz standard with 8 cores.
However, an i5 quad core for about 50$ more gives me about 3.0 ghz standard.
So how is it faster? I mean, I believe you, I just don't understand it! :D

That is understandable. Although you can most definitely overclock on air. But, that being said, if you don't see yourself doing that, then you can get a locked intel CPU, that is cheaper.

If you don't care to overclock, i would recommend this CPU and pair it with an H97 motherboard. 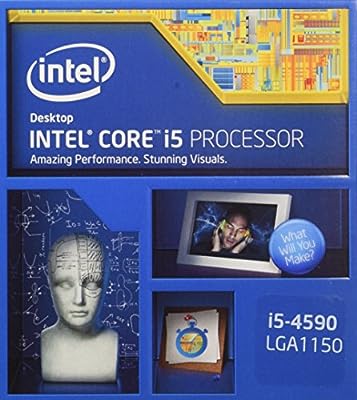 Also, the AMD chips use 4 sets of 2 'less powerful' cores. it is 8 cores, but the intels use 4 full beefy cores.

Here is the Intel 4460. it is a step below the CPU i am recommending for you.

Interesting. However I'm definitely going over budget with all this, I think it's because I'm getting a really good monitor mixed in. The 144Hz Refresh rate and 1 ms response time are for counter strike, because that's the main game I play. I know it's requirements aren't high, but I do all kinds of other games as well, so you can see why I'm building this PC. Hmph. I guess I'll have to speak to my father, he's lending me the money and letting me pay him back over time for this thing. You've given me a lot to consider and really put a lot of work into your responses and I really appreciate it.

Ohhhhh. Well i was unaware of your budget. You should post up how much you would like to spend, and then we can probably put something together for you. AMD may if fact be the right choice, as it is less expensive.