Yes, throw that junk away, i know, but i like playing with it :)

Tried different cables, got an X99 system right next to it and it has no problems with the network. Will try the USB.
But it doesn't solve my problem, i need a fast connection to it, not USB2 XD

why dont the intel drivers want to install?

Don't know... If i manually point to the location, it doesn't find them. Where can i just extract them? 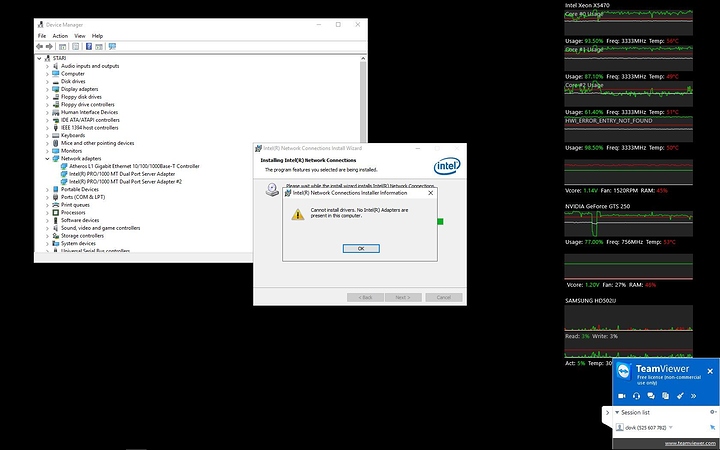 you have the wrong drivers

what is the model number and such for your card?

But like i said tried 3 different ones, with the same result.
Also if i disable the builtin one in the BIOS the problem is worse, so it's probably the MB :/

This is a old card. might try the vista driver from here

The latest official drivers for the specific dual NIC are 18.4. Vista, they don't work.

Don't mean to be rude, but please read my posts if u are replying to them.