So i'm a few days from making my purchase and a prepared two different builds from AMD and one from INTEL.

And i really would like to have some help from this great community ! 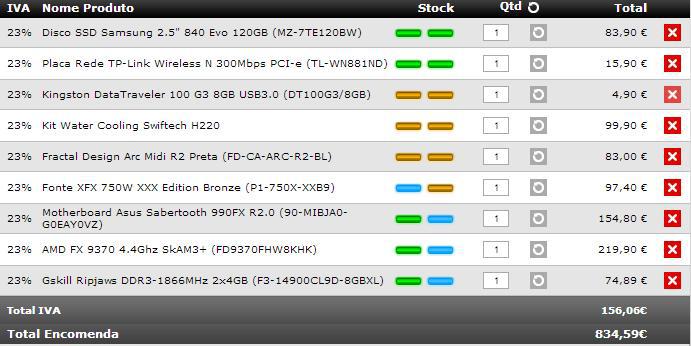 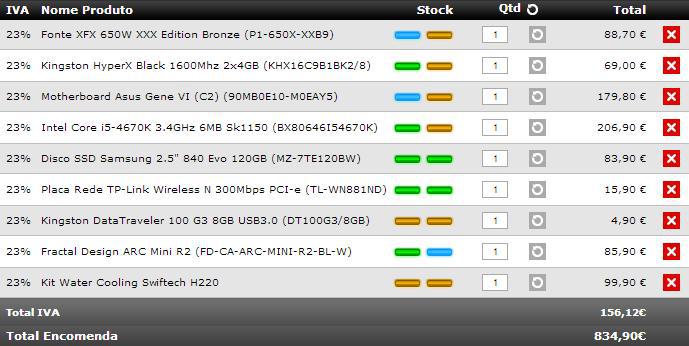 So the main question is : what is the best build for my money and what is more future proof for about two to two and half years with out upgrading much ...

Dude try to read everything :) please i said its going for Gamming  and some digitalwork with photoshop mangastudios and sketchbook pro ... but mainly for gamming ! and i want it to be future proof for about 2 years ... in the CPU and in the GPU 1 and half years maybe ...

Hey either cpu will last you three to four years. Those chips + r9 290 will max out any games. And since you have selected good motherboards, you can overclock them to your heart's content and get every bit of performance out of them. Do a coin toss or something

and how do you know that they will lats that long? Nobody can tell the future, there are no such thing as future proof as already mentioned.

Yea nobody can but it doesn't mean we cannot make assumptions based on past experience. The OP wants this pc for gaming. Many people are still using bloomfields, phenom II, sandy bridge etc, and they can still get enough speed to run most games. If you know about the current trend with games, drivers and APIs, it is that they are moving towards less cpu overhead, more performance out of weaker cpus (which these cpus will be in the coming years) and more dependence on gpus.

That end paragraph wasn't there when I responded.

Depending on where you live you could get a R9 290 Tri-X from Sapphire for about 380€, thats almost 50 buck cheaper. I got one a few days back and I am very happy with it.

If you live in germany, try mindfactory.de as shop. The sapphire is currently out of stock, though.

I'd probably go with the AMD build, because I multi core support is only going to get better. This means that you will get more performance out of your 8 cores.

I'm not sure about manga studios sketchbook pro... with video rendering, the 9370 will be faster by a little to a good bit depending on the application... but for photoshop specifically, the 4670k is significantly faster... for gaming, I'd rather have the i5 as well, as a fair amount of games perform better with strong single-threaded processors, and very few can even utilize 8 cores... that and the heat/wattage consumption put out by the 9370 is ridiculous...

I'd suggest looking into the xeon 1230v3. Basically an i7 non-K and no iGPU (which you don't need anyways), but costs a lot less than an i7.

Will handle single and multi-threaded tasks with ease and draw far less power than the FX 8-core CPUs.

Well for all you who say there are no such thing as futureproof, there is.

The CPU marked is by now so well documented we basically know what difference there will be in the upcomming architectures, meaning we can come with a pretty accurate guess on performance-increase.

Looking on the processor, my guess would be that the 4670k would be more future-proof.

ALU have pretty much been the same for a longer period of time, and mostlikely wont have the big changes.

FPU (Better called SIMD) have shown upgrade after upgrade on each architecture update, so I would personally bet that will be more depended on the future.

Cache to have shown great improvement for each architecture upgrade.

great post OP, i appreciate your attention to detail and not just posting a wall of text and a link.

i would ditch the 9370fx not worth it imo, use that extra money for a better GPU but if you're just keeping what you have i'd invest the extra money on faster RAM that will make overclocking whatever other than the 9370 a little easier. or MOAR ram and use a ramdisk in your system to speed things up.

imma try to summarize the above and add my two cents.

The i5-4670 is better for now with its better single core performance, especially for particular programs. The 8 core AMD is more "future proof" because more and more programs and games are coming out that support more than 4 cores. I would probably just get the AMD 8350 and over clock it. Its enough processing for any game and you save a ton of money. Games coming out that use more than 4 threads will be faster on the 8350 than the i5. If its mostly gaming, get the AMD and put the extra money into graphics. like a 780 if you can manage it into the build.

There is still nothing that can be just said future proof. You just can't say what will happen in the future. Yes you can pretty well predict what will happen, but still, you can never know what really will happen...

You can be certain nothing out of the ordinary will happend, something might be delayed or something similar.

AMD wont just suddenly release an entire new architecture, without anyone knowing it atleast a year or two ahead.

To design a architecture take alot of research and a ton of years, reason why the "upgrade" their architectures most of the time. example bd - pd - sr ...

You are just simply not getting the point. I do understand that you can be very certain that nothing unusual will happen. But there are other things than just hardware...

You just can't ever be shure

Also, there are so many variables, with the hardware that you will purchase, that you can never know when you need to upgrade. Yes, you can buy a PC that can be predicted to last a couple of years, and be able to play games with good settings and fps, but you can never know what the gaming, hardware or software industry will come up. Nor know if something in your system fails, and you will have to upgrade because of that.

my point is, no one can tell you anything from the future.

I really like my 4670k. As far as longevity I think they are so close it probably won't matter in the long run. Get whichever looks better, has the best price-features motherboard wise.

if i look at photoshop and you do this on a professional base, then i think that intel is a better choice. If i look to pure gaming, then i think a FX8320 would be the best bang for buck ☺