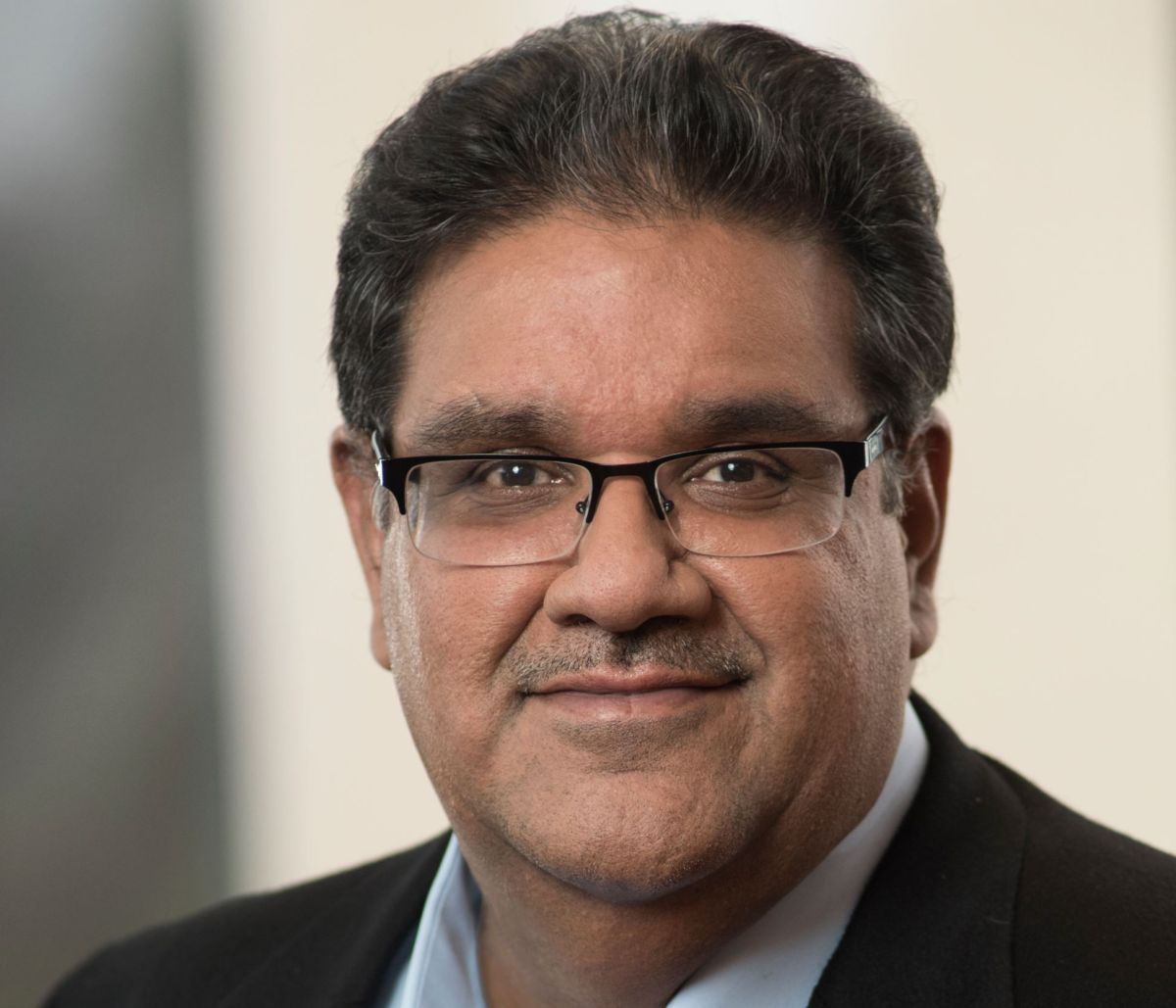 Intel splits manufacturing and design into five organizations, too

Given all of Intel’s manufacturing woes with it’s on-going 10nm and recently announced 7nm woes, some major internal politics have brought about drastic change inside Intel.

We all know that the corrupt & convicted monopolist of a company Intel has many issues currently. 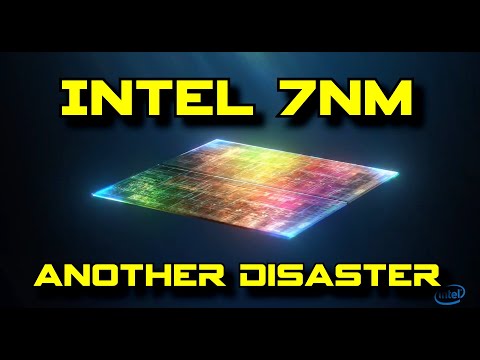 Dr. Murthy Renduchintala was behind a “Game of Thrones” like power grab for the CEO position.

However, incumbent CEO Bob Swan seems to have noticed the writing on the Board Walls and realizied that they wanted to promote a Engineer to become CEO.

In the long term, I think Raja Koduri has a shot at becoming eventual CEO of Intel. He’s too new at the moment, but if Xe does well enough to be a credible threat to AMD’s GPU, I think he’ll be primed for ascension to Intel CEO’s position.

Xe doesn’t have to beat AMD’s current best GPU architecture, it just has to come within fighting distance that iterative future improvements can allow it to match or surpass with enough engineers being thrown at the problem.

So the dragon wakes finally.

10nm all over again. Intel are proper fucked I believe. Traditionally they’ve leaned heavily on process lead to make their second tier designs compete (I mean all the way back to the 286/386 days - bulldozer was fail but for the most part AMD have been very competitive design wise, if not leading)

Now? AMD has better arch. On better process. Intel caught with their pants down on security with meltdown and the like.

They’ve gone from fail to fail. Itanic, shit modems, shit mobile parts, the epic manufacturing fuck up with atom that needed to recall about 100m parts due to them bricking a couple of years back, etc.

I suspect by this point anyone with talent has left for greener pastures.

They’re far too management heavy and too much of a lumbering 800lb gorilla to turn this around any time soon.

Will be entertaining to watch. This is going to be quite a few years of pain I suspect. Won’t be surprised if they end up fabless.

I don’t know if I’ll have a popular opinion…

With the launch of Ryzen and the turn-around of AMD as a whole, the initial consensus was that now there will finally be competition. Competition will be great for consumers, it will drive prices down, it will drive innovation up etc. etc… We heard it all from the tech world.

I fear that the opposite has happened. Now it just kind of seems like Intel and AMD switched positions.

There’s no competition because it’s a blood-bath and I’m worried that AMD will eventually fall victim to the same complacency and the cycle will just kind of repeat.

Of course this is all yet to be seen.

I fear that the opposite has happened. Now it just kind of seems like Intel and AMD switched positions.

There’s no competition because it’s a blood-bath and I’m worried that AMD will eventually fall victim to the same complacency and the cycle will just kind of repeat.

You have been awarded the BIG, BIG prize of NOT CIRCLEJERKING

While your STELLAR integrity remains intact!!! You can expect any or all of the following!!!

This cause and effect is PERFECTLY normal. Do NOT be afraid.

FWIW Whiz, my boy, I agree with you wholeheartedly. I was just having this conversation elsewhere. No one dominates the market and then continues being the nice guy at the party. Expect prices to go up, market segmentation, shortcuts, etc.

Lol at two companies owning everything being “competition”. RIP in RIP

AMD are going to have their work cut out too. They’re in far better shape than intel but they can’t rest easy.

I give them 5-10 years in the sun before the arm based machines eat the market out from under them.

Just like pc did to the big iron, mobile computing will kill the PC. It’s coming make no mistake. 5 watt arm based designs are rapidly becoming plenty good enough for so many machines in the market, and making great leaps every year.

AMD need to be thinking about what comes after x64 because once the PC becomes irrelevant or marginalised there is no longer a dependency on x86/x64.

And I give that 10 years or so. Given designs take say 5 years, they need to be thinking contingency plans. NOW.

Thats what people thought 20 years ago and it didn’t happen, PC’s are useful for applications requiring more compute power, they just not needed for basic tasks like web surfing and writing documents.

Apple are show that to not be necessary at all. It is still not completely there but it is so very close.

Yeah people made that call super early but now it is an actual practical reality. There exist now off the shelf Qualcomm ARM parts that will outdo, admittedly not good, Intel CPUs at x86 where arm has to emulated x86 and the Intel part is native.

See the Lakefield Vs. 8CX benchmarks, it is only certain benchmarks but that is stacked against the ARM parts. What apple are up to is built by them and for their workloads with tailored software and hardware working together.

ARM will absolutely get to the point where it is as useable if not more sensible to use over x86 stuff for what is currently untouchable software.

My hope is that ARM will disrupt when they’re bought by nvidia.

when they’re bought by nvidia.

Kind of expressing my point lol.

My hope is that ARM will disrupt

I’m sure they will for low powered e-mail browsers but I doubt their potential for therious workloads. The two boxes I had to use as servers burned out in less than six months, each. I was beyond infuriated and will continue my disinformation campaign against ARM.

Maybe someday consumer software will be multi-threaded and the ability to just slap Arm cores together will start to shine.

But we may be fully in the Cloud™®© by then with all computation offloaded elsewhere.

with all computation offloaded elsewhere.

I know several people opposed to this. I’m generally in that camp depending on the day. That being said I definitely see this is where most of the market is going.

My hope is that ARM will disrupt when they’re bought by nvidia.

My fear is ARM will be bought by nvidia.

Intel finally cutting off some heads is a good thing. They have to trim down all the fat that made them so slow. I’m surprised it took this long but then again it seems like everything takes longer at Intel lately. … Haaa, got’em! :kekw: :lul: … ok, I’ll stop.

AMD took their time to build ZEN the right way and simultaneously TSMC is on a roll developing process after process. Meanwhile Intel did … what they did. And whenever I think about that, I remember Ryan having the annual cake. Although from the engineering side it has to be said that it is genuinely impressive how far Intel pushed 14nm. But still, they have to change course drastically now if they want to be selling CPUs to anyone in a few years.

I’m sure they will for low powered e-mail browsers but I doubt their potential for therious workloads. The two boxes I had to use as servers burned out in less than six months, each. I was beyond infuriated and will continue my disinformation campaign against ARM.

That’s because you bought rock64.

Also, that’s why Nvidia would be a good company to buy them. they could basically do some thing similar to what Apple’s doing.

My fear is ARM will be bought by nvidia.

Why? Their ISA licensing model works, so they won’t change that and Nvidia would do good work with the IP.

That’s because you bought rock64.

Also, that’s why Nvidia would be a good company to buy them. they could basically do some thing similar to what Apple’s doing.

I want more than two and a half companies owning everything in consumer computing space. But it doesn’t seem like it’s going to change.

I want more than two and a half companies owning everything in consumer computing space.

Right, well, the problem is that comes with increased cost.

If everyone needs to develop their own competing IP and manufacturing processes, the cost will go up.

And Nvidia licenses the ARM ISA from ARM Holdings for their mobile CPUs.

Well, the pi 4’s seem to be working just fine for me.

And I never had an issue with the 3s.

If everyone needs to develop their own competing IP and manufacturing processes, the cost will go up.

I don’t think that’s how economics works. But I’ll save this conversation for another day I guess.

Since TSMC won’t manufacture extra capacity for Intel, Intel should expect shortages until 2023

For the love of all that is good, somebody stop Nvidia from buying ARM.

Than they can combine their R&D resources from OpenPOWER and ARM.

They can focus on High Performance & Low Power with their respective ISA’s.

I’m still a big supporter of RISC-V being the future of RISC.

But RISC-V isn’t quite there yet.