Intel is launching an i3 for the x299 platform

According to this article, intel is getting ready to launch a new i3 for the x299 platform. Its supposed to feature a base clock of 4ghz and a boost clock of 4.30ghz, as well as a tdp of 112 watts. I don’t know if anyone’s made a thread about this (i haven’t seen one yet), but i just had to post it, because its the most hilarious thing I’ve seen all day!

Next thing you know, they’ll have a celeron for it with a 90 watt tdp and non-overclockable. You know, as a stop-gap for that i9 you’ll be getting soon.
Come on Intel, get your act together…

This takes me back to the last time Intel made a dual-core with a TDP of over 100W. 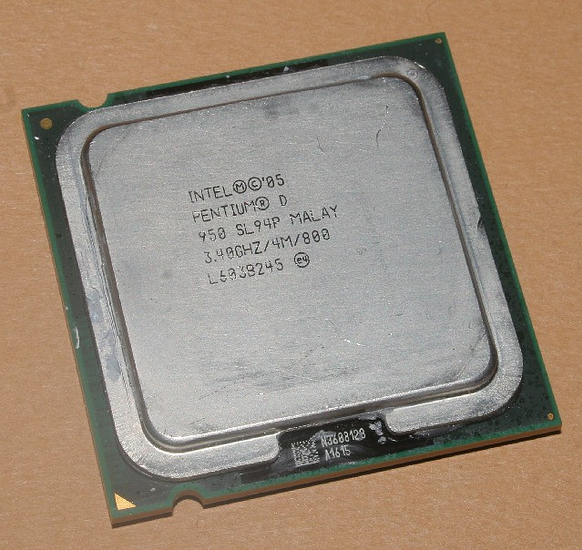 Seriously, Intel? Have we gone back to 2005? Why does this exist? Why are we putting i3s in motherboards that have 13-phase VRMs?

Edit: my bad, the price seems to be the meme.

Dual core High End Desktop systems are finally here. Want a time to be alive… Wait this is not 2005.

Coming soon Atomic scale processors.
Sorry I have just been informed that was supposed to read scaled up atom processors.

Someone needs to take this i3, replace the tim with liquid metal and just start breaking single core oc records with that thing.

Honestly, that is what this chip is made for. Nothing else.

That only means one thing! enough retards bought the 4 core ones. So intel is going even lower to see how much of the failed, thrown away cpus they car packager into 2 cores.

The only plausible explanation is that it is meant for extreme overclockers wanting to break records. Beyond that? Useless.

The most pointless and terribly priced CPU I have ever seen. That’s saying a lot cause we had the FX 9590.

At least the 9590 did eventually creep down in price till it has become within a 10-15$ gap between it and an 8350, whereas this I3 looks to be price jacked to hell as well as requiring motherboards routinely 2x the price of their Z270 counterparts.

I’m curious to see what Intel’s marketing for this will be. How the hell are you going to sell this to people? What use case could you possibly convince people they need this CPU for?

Problem is people will eat this up, the i7 7600K was bad enough once Ryzen came but even that Intel CPU is more reasonable. It’s almost like choosing between the i7 7600K, this pointless CPU or AMD’s equivalent to a 5820K. All around $220.

Tech Youtubers will try to convince people, they are essentially salesmen after all.

Well, if even linus is shitting all over them for the quad core… I don’t see that happening.

It’s hilarious that this is a thing. Although it’s not completely unheard of because there are dual-core Xeons out there and Intel has made those on 1366 and 2011 for years and years. But at least those had support for bucketloads of ECC memory. These are a joke. Intel is seriously going to sell i3s that are almost double the TDP of their Z270 counterpart for a mere 100MHz boost in clockspeed, for a $50 markup. Not even to mention that these CPUs don’t have iGPUs, which is one of the perks that the i3s have - you can at least use the iGPUs for stuff.

The i3 7350K was already badly priced even before Ryzen knowing that you can get an i5. This is how lowly Intel must think of their base. At least the dual core Xeons have their quirks even if they aren’t worth.

Actually I can think of one besides overclocking and that is artificially inflating yield rates.

If it then actually sells or not is not a concern for the yield rate alone. Even if not a single CPU sells they still have their pretty yield rates to show for investors.

So as a product, yes useless (probably), but for statistics on the other hand…

I’m curious to see what Intel’s marketing for this will be.

It’s interesting this was on none of their slides right?

TBH I doubt you’ll see much marketing. It is decidedly a niche product for extreme overclockers. People who want one of these know it and will buy it. They don’t need marketing.

but for statistics on the other hand…