Intel didn’t show anything because they really don’t have anything to show. Ohhhh, another 14nm+++++++++++, hey we are on 10nm… for laptops which won’t be to market until late in the year. We have this massively binned 9900k… but it won’t be out until late in the year. Some decent ideas from the sound of it but yeah… not much innovation this go round. And again, an overclock where they won’t release cooling information… come on, they didn’t learn from last year I guess.

come on, they didn’t learn from last year I guess. 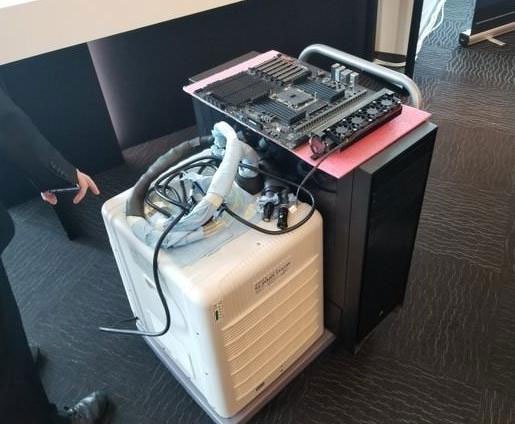 I could have brought this out, but I did not.

All of what Intel did was bring out Franks little software gig, give it a generic name and present that.