No but seriously, did anyone else get the vibe that those guys were NOT allowed to be showing that off and they were just trying to force it so it wasn’t a waste of money?

When I saw that ARC required Re-BAR, I knew there was something up. While we don’t know a lot about the system, we can guess that the ARC memory system accesses system ram, and with that, ARC needs some weird shit to make it work. But, in some amazing wisdom, Intel higher ups decide to slash it before they can actually make a good memory access system.

I am HOPING to see something come out that the general public can try out. I knew their asian tests would basically fail, and even if they tried it in western countries, it’d fail. You can’t use a normal system with ARC, you need something relatively new, which not a lot of normal people would have.

Especially in a country where people run hacked up mobos with 2 or 4 CPU’s so they can game and CPU mine. Or whatever esoteric shit they come up with this week.

I think more competition is good, but that means competition has to be equal. In comparison, I see ARC as a “specialty” GPU compared to something I could get from AMD that I could run in any machine. IDK.

What do yall think is going to happen?

Bummer. Was hoping for Intel to really put some pressure on ol’ green & red.

I am thinking theres been an internal war about it for a while. According to LTT the server chips will stay around, but its not economically viable to the heads of intel to do desktop or consumer… well anything it seems lol.

I was hoping that they would make it, even if it was just the low-end card they hinted at during an interview it was supposed to be about $129. For that price I could toss one in my hypervisor box, and get a GPU with cuda cores that I could attach to vm or two, if they needed one, surely it can beat a gtx 1060, after all this time and just it’s not just a bolted on GPU on the CPU.

Honestly I think it would be nice to have Intel’s GPU switching tech available in a card so its not such a pain in the ass to do stuff like VFIO. They could tool the fuck out of the hardware and bank off that alone.

They are certainly professionals at wasting millions of dollars like this

I say they double down because if they give up now, they are going to burn the trust of both consumers and aib’s.

Also this type of development is exactly what you get when a MBA bean counter instead of an engineer running the company.
Remember Arc started with Bob Swan 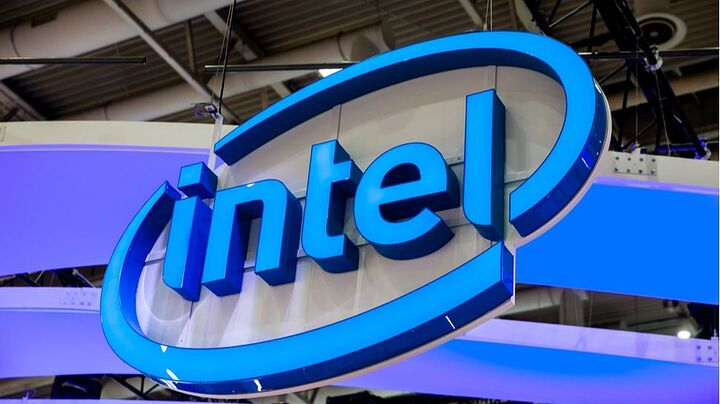 Take that RTX 3070 speculation with a hefty dose of condiments, though

Our first discrete GPU DG1 is shipping now and will be in systems for multiple OEMs later in Q4. We also powered on our next-generation GPU for client DG2. Based on our Xe high-performance gaming architecture, this product will take our discrete graphics capability up the stack into the enthusiast segment

That exactly why stuff like this is on the line now. The last CEOs tried to make all sorts of strange expansions and bets on tech that didn’t work and now Intel are hurting and spread out too much so they are aggressively cutting parts off and canceling things that are not the core focus of… Well cores.

Its a shame, some good stuff will get lost but other stuff is also just face palm levels of waste just for the corporate style points and that needs to go.

Regarding Arc, it sounds like way back when Intel tried to make mobile chips for phones. I believe there was one phone that had an Intel CPU in it and it was super power hungry and did not perform well against the Snapdragon at the time at all so Intel axed it.

Yeah there were a few, one I really wanted was the dell 7800 I think. It had the dual sense 3d depth sensing camers that could apparently measure things and was incredibly stylish in a way I have never seem a tablet try since.

Its a shame, some good stuff will get lost but other stuff is also just face palm levels of waste just for the corporate style points and that needs to go.

This has been iontel’s gas since they thought up itanium.

“We’ve gathered data, that you’re not using our dGPU, to its full capacity.
… Please look into upgrading your account, to fully open its potential.”

It would be foolish, to go about discarding now, with this much fab / R+D $$
Should it become a multi-era GPU flop [cannot make a % market dent], sure
then call it a financial flop - but at least gave in some effort, to the duopoly fight

Wasn’t Raja “promoted away” from the dGPU division some time ago?

I’m not trying to sound rude but everytime Raja says something - I only know of him since the AMD Vega days - my gut feeling alarm for being bullshitted goes off like crazy.

I say they double down because if they give up now, they are going to burn the trust of both consumers and aib’s.

I hope so but I fear that these rumors have already put a black eye on the Arc brand. shrug 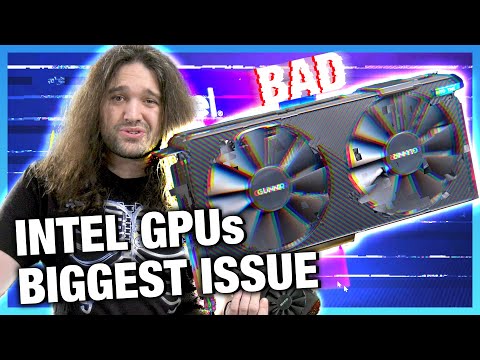 I JUST watched this. I was sitting here the entire time wondering why I was seeing screengarbage bugs that I saw in the first XE chips