Installing windows 10 VM on Windows 11 WHY?

Here is the truth about using windows 11 for Music Studio work. Roland and others are tell us to remain using windows 10. Why? The drivers for things like piano’s and Midi-controllers, just refuse to work. The old way was to manually install instrument drivers using the install legacy device. I spent hours trying every way known to get the drivers to work; without success.

Disappointed in windows 11, I have been using windows 10 VM to get my piano to work with Reason 12. I know it your thinking as I am this introduced latency, the enemy of all musicians.

yep i have a katana mk 2 both boss and roland have advised you stick with win 10 for compatibility reasons.

that being said.
roland, in particular, dont seem to be in any rush to update there drivers either.

MIDI on Win10 is a headache to begin with. Had an hour long fight with my Korg Monologue on the weekend.

You can do it this way: 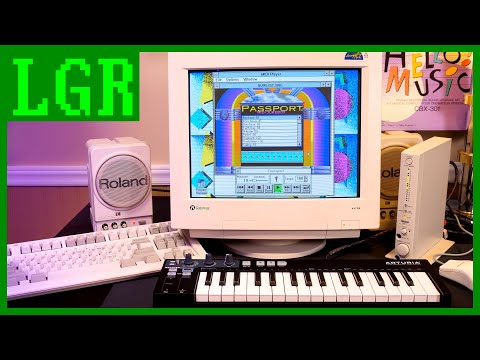 That was fun and informative. I remember all of this. I also had the Yamaha Drum sequencer.
Thanks
Jane

That’s It, I have had it with Windows 11. Wiped and installed Windows 10. And that’s only because my hardware confuses Windows 7. Well done Microsoft, First you mock me with having to rent MS Office, now you really make me want to use Linux Ubuntu Studio. Oh, and I stopped using MS Office a long time ago.

I have a friends Dreadbox Komorebi on loan. Having that sync to the Monologue allows for some pleasing sound-sculpting.

Windows 11 is the Vista of the 21st century. I think a lot of people have moved on to iOS, ChromeOS, or Linux.

To an extent? Windows was more of a death by a thousand cuts type thing that any one key issue that pushed me away. Windows 11 seems like it should just have been a numbered update to Windows 10 tbh, it doesn’t seem like it really changed all that much. It was the insistence on throwing out all CPUs older than 2017 that really rubbed me the wrong way. Sustainability is such a buzzword across the entirety of Engineering, it strikes me as incredibly tone deaf and irresponsible that I didn’t want to support that, and I have a CPU with an fTPM.

Then there’s things like Microsoft started selling separate WIndows 10 and 11 licences for software so if you have machines with both at home you need to buy them twice, or the fact that I had to buy Windows 10 a second time when I bought a new CPU. Then there’s the fact that most of the software I use is FOSS anyway so I didn’t have much to lose by making the jump. Then there’s the fact that I dual booted a laptop with SUSE when I was a teenager, and my dad dual booted the family PC with Mandrake/Red Hat when I was like 10 so I’ve always had a fondness for Linux.

So yeah, lots of little things rather than one big issue.