Hi, I apologize in advance for the length of this. I'm currently dual booting Windows 10 and Linux Mint, and I want to install Whonix on my Linux Mint system through use of KVM. I've gone through every step on https://www.whonix.org/wiki/KVM#Landing up until decompressing the Whonix-Gateway and Whonix-Workstation images. When I attempt to decompress either using the method in the wiki, I get this: 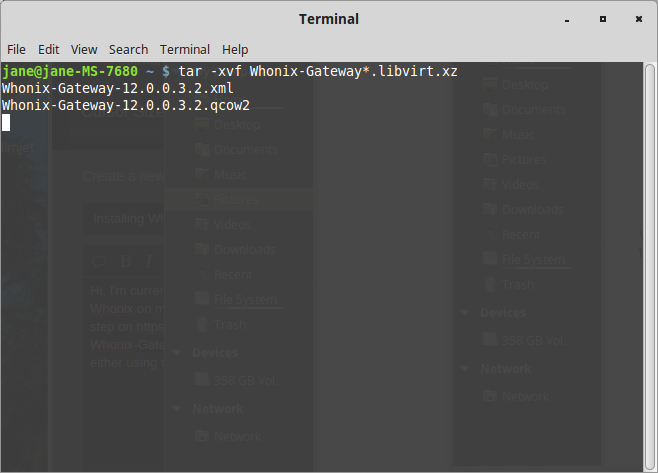 and all it does is continuously eat up the 120 Gb I've allocated for my Mint partition. I didn't think there was any way it could be that big. These are the files I get when I kill the the terminal right after attempting to extract both images: 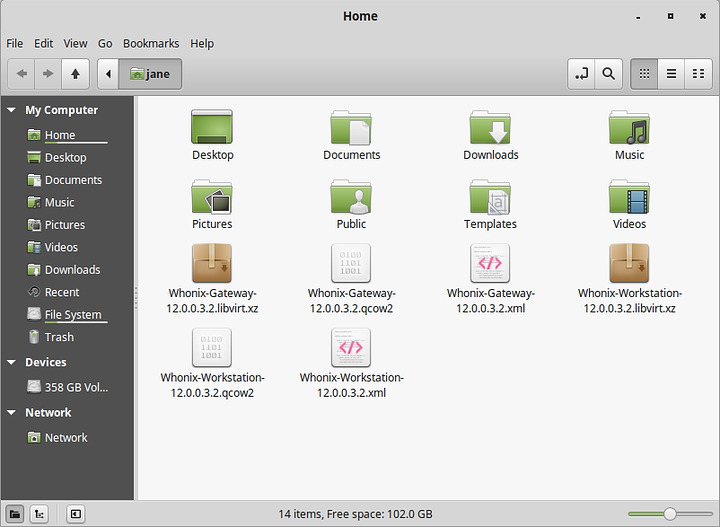 Screenshot from 2016-04-28 13:29:18.png802x588 66.7 KB
It's also lacking the Whonix isolated network file that is apparently supposed to be an XML in the same folder as the Whonix Gateway, according to the wiki. I'm very lost and frustrated at this point, so any help would be much appreciated.

why not just use tails?

I've read that Tails is good, but for my my purposes I'm more inclined to use Whonix as I've read that it offers a bit more security.

tails works fine for me, tunnels everything through tor
what features are you looking for

I guess I'd basically just feel more secure using Whonix because it fully protects against DNS and IP leaking, and I'd have the ability to completely reset the workstation :)