Hoping to get some advice on how I should proceed with the problem I’m facing.

The GPU is picked up and I can pass it through to my windows 10 VM.

However when I try to install the nvidia drivers, it gets to the point when normally the screen would blink indicating the driver was installed but then it crashes the VM and then goes into a boot loop.

I have the monitor plugged into the gpu so I know the gpu is working and being passed through to the VM but the only problem is getting the driver’s installed.

Here is a copy of my XML

If I set VNC as the first GPU and the 1060 as the second. I can install the driver but after a few seconds it crashes to a BSOD with a VIDEO TDR Failure. Also I don’t know if this is significant or not but every time I try to install the drivers and it crashes, it pins all the assigned cpus to 100%.

I’ve been battling with this for a few days now and I’m looking for any guidance.
Will try anything

P.S. I says I’m not allowed to include links, sorry if its against the rules. 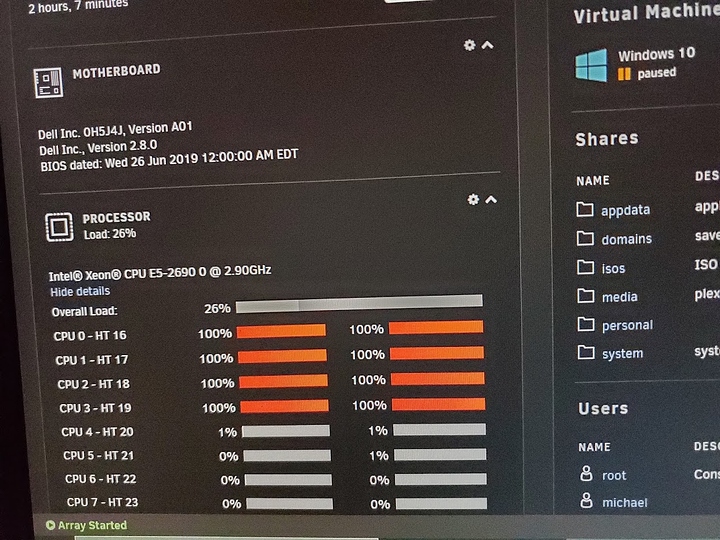 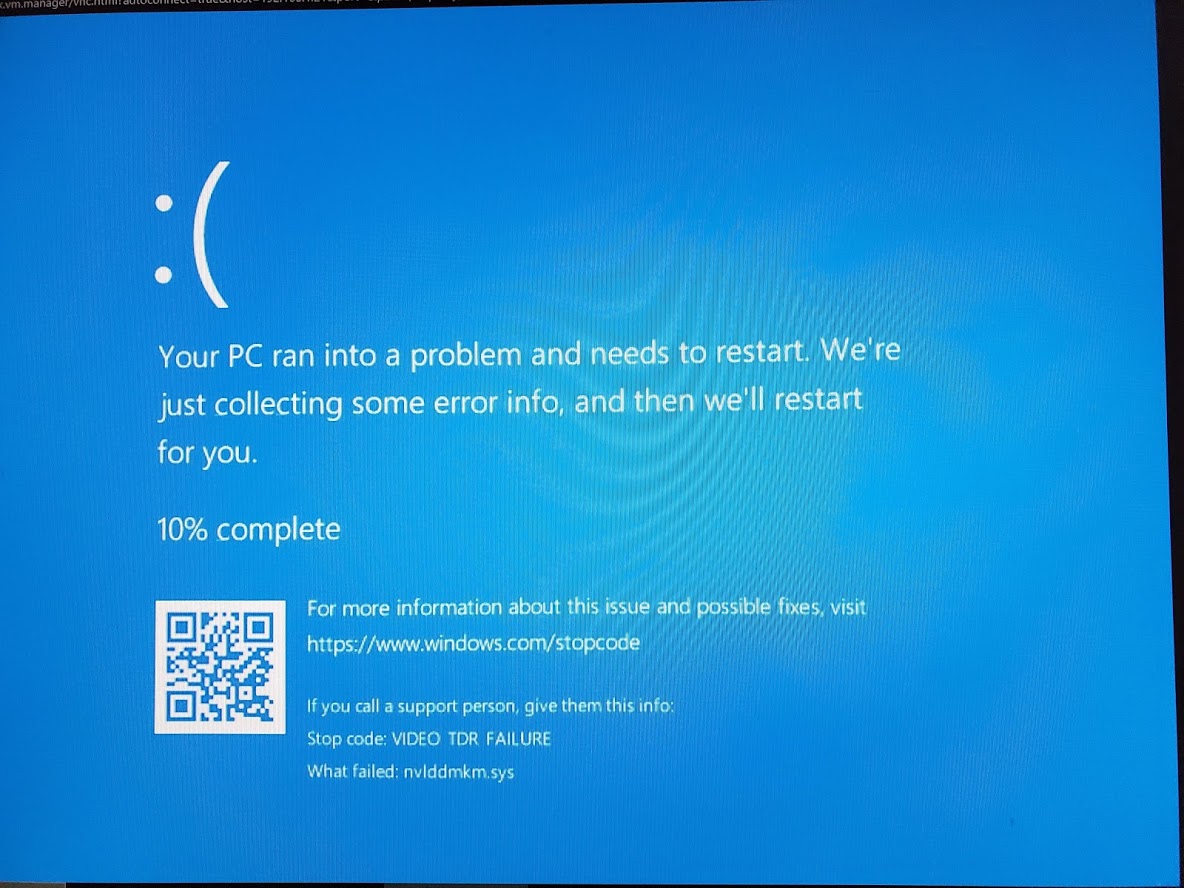 Is the GPU on the HCL for the server? Maybe Dell did something funky in hardware to cripple the use of consumer hardware?

What about power for the GPU, how is that connected?

Maybe try an older version of the Nvidia driver?

Thanks for your reply.

Technically no, its not on the HCL. But many people have used similar 10 series GPUs in this server but not in a VM per se. The server provides a 6pin for power for the GPU.

But I did change it to “<vendor_id state=‘on’ value=‘123456789ab’/>” I wasn’t expecting any difference since I assume the value can be anything random.

I’ve tried about 10 different drivers going back all the way to 2016.

Did you make sure to hide the cpu flags or whatever it is? The nvidia driver checks if it’s being used in a VM. I haven’t used unraid so I’m not sure on the exact procedure to verify this.

I’m not familiar with vendor list or HCL but the best way I found to pass Nvidia GPUs is have GPU bios file listed in config. Then:
Start VM
Remove all Nvidia drivers
Start Nvidia driver install and don’t continue after files copied to C: but keep open
Go to device manager
Select GPU and manually install driver from the files in C:
Then continue Nvidia driver installation