I've finally decided to switch to Linux on my backup computer, but with little to no progress so far.

So far I've tried these:

My guess is that problem is related to graphic card drivers, tried updating them via terminal, but that also didn't help.
Any suggestions?

I recently went through the same process with my own system, a desktop however, in installing drivers for a fairly old nvidia card on stock debian linux. As Ubuntu is Debian with some extra stuff added on, I believe the instructions should work for you, however you may have to perform them in a command line. If you have any issues with that, be sure to let me know, but you can fine the install instructions here.

Can you please write console commands for that instructions? I'm noob for Linux and only know few basic commands.

I followed another lead yesterday which is related to known bug for bad dependencies between driver and linux headers, and it slightly improved situation, but it's still not functional. It now shows desktop elements, but they are blank squares and everything except terminal is unresponsive.

do you have another GPU you can try?

I know that Linux runs without problems on desktops with Intel HD4000 (i5-3570K) and Intel GMA (Intel Atom mITX board), so it's likely related to Quadro FX 350M. Unfortunately, M65 does not have second GPU.

Problem is related to GPU lockup, but I can't find good drivers, latest nvidia drivers are not working well even after fixed dependencies.

when I VM linux on my qnap I had to update Ubuntu. becuase it was giving me graphic problems as well. try updating ubuntu or whatever distro.

I've already updated it, so that's not problem.

Since picture is worth 1000 words, this is what I have now when I log in: 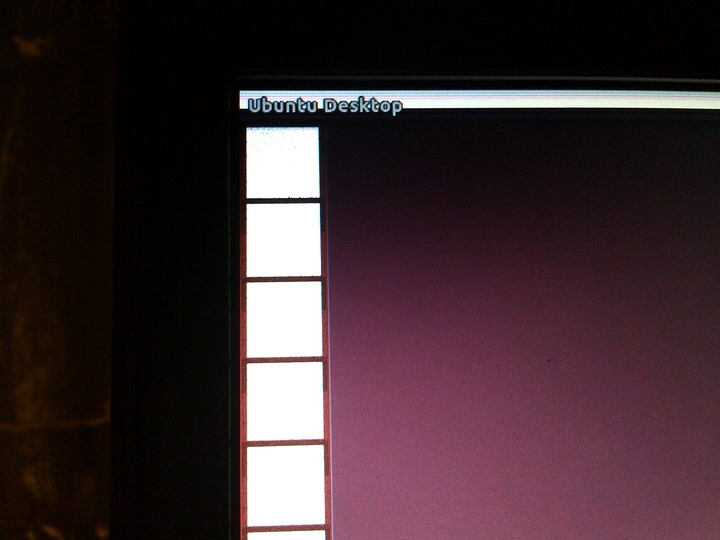 I can't click on any of those icons on a side panel.

Update: Installed Lubuntu 14.10, everything works right away. Thus my journey into world of Linux starts... :)

Thanks for all the help.