Install Linux on a tablet?

I want to but a tablet then put some form of Linux on it can this be done with any tablet? I was looking at this one 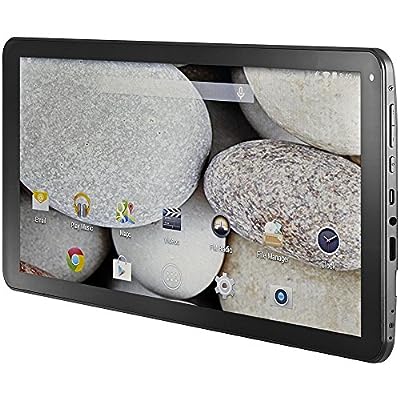 Generally the Nexus series is best for modding like that. Anything that runs stock android is the best to do this with.

Get a Nexus 7 for compatibility. If you want to play around with full desktop Linux consider the Microsoft Surface Pro (NOT RT), as they have added code to the Linux kernel to make sure it works. (buy a used original as they are a good price now)

Ubuntu has a Touch OS that you could try. That being said, Ubuntu Touch is still a baby.

well you definitely can.... sorta
ok you already have the linux kernel on your tablet, android is linux. but a different userland, i believe, i could be wrong could be the gnu userland?.. anyway its the bit on top of the kernel that the users software sits in and interacts with, basically everything else not in kernel space

not to mention these tablets are arm based, a different cpu architecture, than x86 on pc

ok so back on track
since its linux you can do a pretty cool trick called chroot, by far my favorite thing you can do on linux, blows my mind every time, basically change where root or / is mounted temporarily and then run everything as from there, so u can have a debian/arch/ubuntu/fedora or your choice, environment on the android kernel
ok so you can use a good free app called debkit on the android store i highly recommend, and its free but is debian only
or debian wiki has excellent docs
https://wiki.debian.org/ChrootOnAndroid
or arch
http://rubiojr.rbel.co/hack/2013/01/10/installing-arch-linux-in-your-android-phone-chroot/

ok so from here it gets interesting
if your kernel is compiled and has framebuffer available, in /dev/ somewhere, sometimes under /dev/graphics you can run xorg on the framebuffer I have been toying around with idea of having real Linux stack (X11 and friends) on Nook Color. While this seems like a silly thing to do, it does allow me to use x2x and transfer keyboard and mouse from my laptop to tablet which is handy. If also al...

as shown above, but youl need to change the xorg config to suit your situation, i know from experience on some devices this works and on some it just ends in a face palm.

ok so you can also go the vnc route which runs xorg in a vnc server on local host and you connect to that, much easier
the app Complete Linux Installer on the play store again free does all this for you.

as for running full linux booting off a sd card, tricky..... ul need to boot it somehow, the bootloader doesnt act the same as a regular pc and then youl need to figure out a way to boot the kernel, and then u need to compile your kernel to suit, due to drivers required to get the system to work properly, i gave up when i tried.

using the android kernel is still very good, and it defenaty wows your friends
good luck i would love to hear how you go !