I'm sure this will get canceled pretty quick

Civil War Game … yep play as either North or South

It probably won’t given ww2 games are “fine.” I mean the Nazi’s were worse than the confederates. (not by a huge margin but…)

How many of those WW2 games allow you play as the Nazi’s instead of against them? It’s not really my genre of game there, so I honestly don’t have a clue.

But the flip-side to that is WW2 games do get banned or canceled in other countries, particularly in the EU, while those games do quite well everywhere else. Seeing our current state of societal affairs here, this game is gonna get whacked hard here in the US, I’m pretty sure of it. If it doesn’t happen, I’d be very surprised.

All of them. Every WW2 game I can think of is 100% Nazi playable. Get with the times man ;p Seriously though, they are all PVP and it’s all the original forces against, their opponents. i.e. Nato Vs…you guessed it.

Yeah I know some countries have strict laws about this but they just swap out a logo and a name and the game is back on. They aren’t “Nazi’s” they’re “Germans.” Really surprised you haven’t heard of things like Hell Let Loose though.

That said plenty of games also allow you to play as Taliban/ISIS/ISIL and so on. There is a slippery slope in all this about being edgy vs historically accurate while being inclusive but not glorifying…it’s a mess like real human history

FYI I’m Southern and in no way do I give any F’s, craps or damns about the confederacy. It’s a black mark on my cultural history that can die in a fire…so long as it’s remembered in a history book…or a video game? hah +150 ping to the confeds in the netcode

That’s the point I was getting at 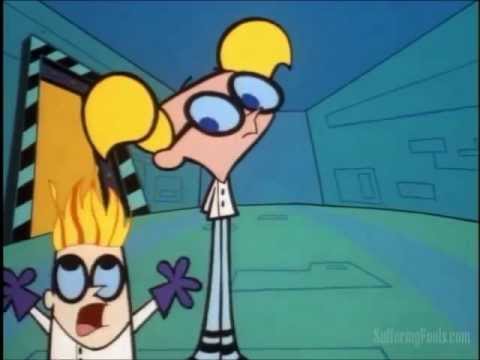 Bit of a hot take but I think its good that people should see the horrendous actions of the American Civil War in an accurate depiction. A similar argument was made for the first Call of Duty game because the studio wanted to ban it or give it an Adults-Only rating and the studio sent representatives to convince that the historical accuracy would help provide a unique perspective and provide a teaching capacity.

Too many people like to look at the American Civil War with their rose colored glasses. Maybe this new game will help some people understand.

And for the sick fucks who like the racial violence they’ll remain unchanged anyway.

Of course, we should learn from history so as not to repeat it.

I kinda feel like everyone will remain unchanged because most the players will be too young to realize it’s based on something that was real. That is the same for ww2 at this point.

It also doesn’t help that games like COD do dumb Chit like add red dots and various other “magical time shifting” devices or game play elements to these “historic” battles. I mean EVERYONE knows cave men had reflex sights and 20x magnification on their spears right?

Yeah we should but we don’t. We just change the terms a bit and act like it’s “different.”

More accurately, some try to erase the parts they don’t like, then act as if either nothing happened or that made it magically better.

This is a big topic. Our cultural shifts are kinda nasty right now with trying to hide reality…but at the same time 100% of human technology from the hammer to our computer are designed to hide reality heh. However this cleansing of history might make some groups feel better but it also hurts. By hiding all those realities you take away the foundational truths from those who lived it or are hurt by it.

Kinda funny thinking/talking about this when I rewatched Wall-E the other night. Humanity destined to bury reality and float around ignorant on lawn chairs.

Eh I just don’t think there is much of a market for these games. I had backed War of Rights which seems to be basically what this is, but knowing how that went it will be stuck in early access for eternity.

The community makes or breaks the games, usually you do find people that like to LARP in these smaller games which can be very fun but it can attract really scummy people as well.

I’m pretty sure at this point any game that isn’t a small 2D indie title is now at the point where no amount of time or money can see it to completion. Things to too large in scope…kinda off topic but on topic. It would be a non-issue if games had to be complete before they were released/launched/sold but that’s not our reality anymore. Kids now accept scams as the norm, EA…the norm. Never finished, abandoned as fast as needed to lure the ADHD buyer to the next fad.

On the note of fads it’s beyond me how any of these historic events are constantly dredged up for games. Most the buyers as I said are too young to remember them as reality and then because the buyer expect “future” or “modern” things they butcher them with fantasy elements.

I am actually kind of happy to see this and interested to see what it is like when it comes out, might check out that demo. If it is reasonably accurate, reasonable in its portrayal of events and not overly sanitised, it was a pretty horrific time to be alive regardless of roles in and out of the war.

though I get that all has a limited market and realistically what I hope for is that in a single players end and more or less the DICE StarWars BattleFornt treatment for multiplayer,