Bonus puppy picture. I turn my back for a second and he finds a 2x4 to munch on. I wish he had cheaper tastes.

The 2x4 IS the cheaper option. That could be your fiber bundle.

Did you set the IP manually? If so check if you have a default route via the router with ip -6 r l on all VMs. You can also manually define a /128 route (and a /64 on the routers side, don’t forget about the route back

)if the router isnt on the same subnet. You just need to set the default route to it.

I skimmed the thread, and re: power.

I’ve seen somewhere that for power redundancy, people would

This way a single UPS failure or losing a single power phase doesn’t take you down.

They are redoing the wiring in the building and need to kill the power.

This would probably be a great time to do it.

For stress testing a Yocto build is actually quite nice. I’m just pushing stuff I know, but depending on the build phase it actually stresses most part of the system quite nicely. Networking least of all, but you get a lot of CPU and IO stress. Also uses a lot of memory, although it’s not particularly stressful there.

I have posted a thread over on the Proxmox forums if anyone might have some ideas. 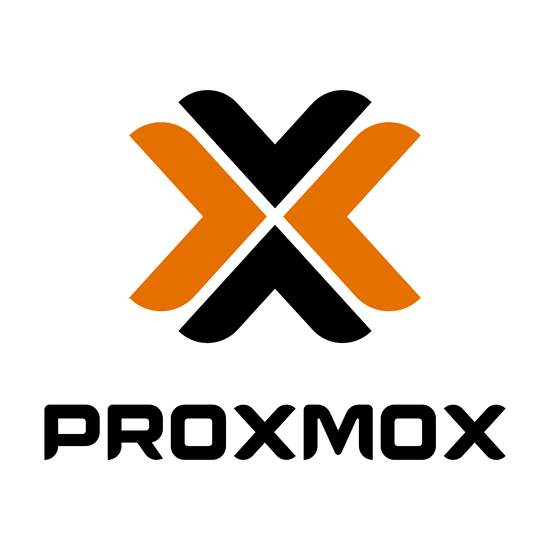 Hello! I am trying to troubleshoot an issue. The setup: One host, two guests. The host has a bridge configured with ::1 in a local /48. I am assigning each guest a /56 from this network. See the screenshots- Host: Guest: The problem: The guests...

Have you ran a pcap to confirm the packets are/aren’t arriving or are somehow being filtered by the guest?

Did you try disabling the firewall on their interfaces and then test it? Might be the firewall config blocking ipv6.

Ok, I figured it out. There are some subtle differences in how IPv4 and IPv6 routing works that I got caught up on.

That all said, here’s an idea to bounce off you fine folks. Could I get a show of hands (or likes or whatever) of who would be interested in a small VM for science? If there are a few folks interested I would be happy to set something up.

I’m interested in a 1 core, 256 MB of RAM, probably 1 or 2 GB storage and an ipv6 address. I wonder if I can set wireguard on that and if I can route all ipv4 traffic through wg on an ipv6 tunnel. I see no reason why that wouldn’t be possible.

My current router running Alpine runs at 101 M, most of it being cached, actual used is 42 MB, so I should get around just fine with those specs. As long as you also have an ipv4 NAT, then sure, I’d be glad to help test it.

I put together A Google form for anyone who wants to play with things. @Biky.

I’m happy to be flexible too. If you need IPv4 NAT, a custom ISO, or something else simple, that can easily be provided.

I’m not really looking to benchmark anything for hard numbers (old hardware, cut me some slack), but a general “how does it feel” would be great feedback.

That all said, here’s an idea to bounce off you fine folks. Could I get a show of hands (or likes or whatever) of who would be interested in a small VM for science? If there are a few folks interested I would be happy to set something up.

You’re located in the US, right? I would probably like to fuck around a little, although I don’t have any use for it, but being on a different continent is a no-go here.

Spent some time at the shop yesterday. The goal was to reset the firmware on the new UCS switch.

Took far longer than necessary due to a misprint in a Cisco PDF. It was saying I needed to push ctrl+one, which must have been a misprint. The actual combo was ctrl+L. Thanks Cisco.

I did manage to reset the device, so now I just need to set it up. I’m looking forward to my router have a 10G uplink. 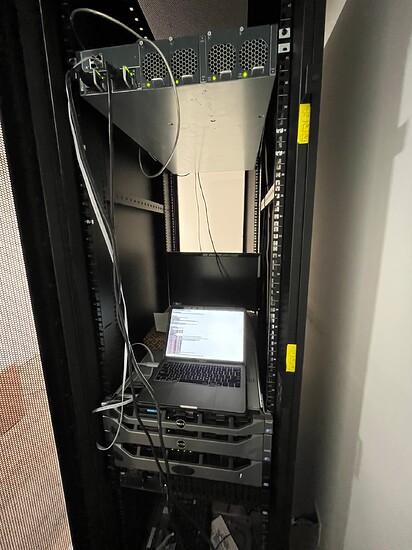 Don’t mind the mounting solution. Do as I say not as I do.

In other news, I’m having some trouble with my IPv6 tunnel. It keeps closing due to inactivity and only seems to wake up if internal traffic wakes it up, so external traffic won’t necessarily make it in. Still troubleshooting on this front.

In other news, I’m having some trouble with my IPv6 tunnel. It keeps closing due to inactivity and only seems to wake up if internal traffic wakes it up, so external traffic won’t necessarily make it in. Still troubleshooting on this front.

Have you seen smokeping before? It can perform as both latency monitoring and impromptu keepalive daemon. Though I only end up checking it once every few months.

I am finally getting around to the customer-facing interface. It’s not pretty yet, but I have some boilerplate I am working with which should hopefully help move things along.

I am crossing my fingers that it will be fairly straightforward to get functionality to create/view/delete services from this control panel.

Have you seen smokeping before?

No, but that looks like a fun piece of software. I will have to play with it. In the meantime I just set up a CRON job to ping google every minute, I’ll see if that does the trick.