If your a pc gamer watch this:

Hey Guys watch this joker talk bad about the pc to try to make his console look better. 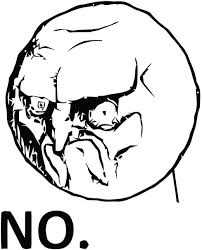 This has got to be the funniest thing I've seen in a long time. I only wish it wasn't so late for me so I can laugh about it.

I facepalm the guy who made that video.

I am certain that the dude was desperate for attention. So...why not make a YouTube video explaining horrible stereotypes and strawman arguments about a PC gamer, I am certain that will attract me a new audience!...

If you are curious, I suggest loooking through his YouTube page. It is quite weird that he is a Nintendo fanboy and bashes on the 360 and PS3.

The dude is a troll and an incompetent one.

I think pc gaming is stronger than it ever been.

That was pretty lame.

When he said, "Real PC Gamers aren't worried about what Console gamers are doing". I was like, yeah!

Then he had to fuck it up by saying we're all WoW players that use the game as a dating service. -______-

He had some points on piracy, but he kept contradicting himself towards the end...

"PC Gamers are cheap! They wait for Steam Sales!"..."They buy really cheap games they don't even play!"...wait, what? What are you concerned about? We not paying for games or paying for games we don't play??

I really wish this pissing contest would stop. I don't give a fuck what you do in your spare time...

What got this guy so angry? Doesn't he know he could build a gaming system for under 400? ;D
[br]Edit: I watched it to the end... and I don't really know how I feel xD

Can we stop making threads and commenting on threads like this?

Make new content and not stuff we've all seen before.

Proves my point, look at the people who exclusively play console. He totally derped himself.