If You Were on the Lamb What Would your Alias Be and Why?

To Logan and Wendell. 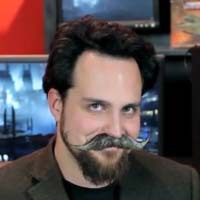 Photo made by -Tragedy-.

Photo made by me. :D

Richard Kimble, no question about it :D

That way if i am on the Lamb, It would look normal..lol I know it is a bad joke

I would go with something that people would be too embarassed to ask me about like Hue Jass, or Mike Hunt.

Logan would be Logan the Second and Wendell the something,..

i've come up with names off the top of my head, though some common ones i've gone by john smith and joshua... nevermind, there are some people who don't like josh

Jack Plisken, play a lot of metal gear and you might get it

It was on the The Tek! Thanks Logan and Wendell.