A satirical question from a nihilistic pov. Can’t get rid of them so I might as well have fun with it.
“When the world is on fire and you can’t do anything about it, what do you do?”
Answer: “Roast marshmallows, of course.”

I have always liked EDI’s application of, “Seven zetabytes of explicit graphical images. Most of it was Jeff’s.”

The old Goatse photo. You know the one. With a clowncore soundtrack blaring at max volume. Let’s traumatize some random North Korean, Russian or Chinese government employee. I’d like to give them the kind of PTSD the facebook content moderators develop. 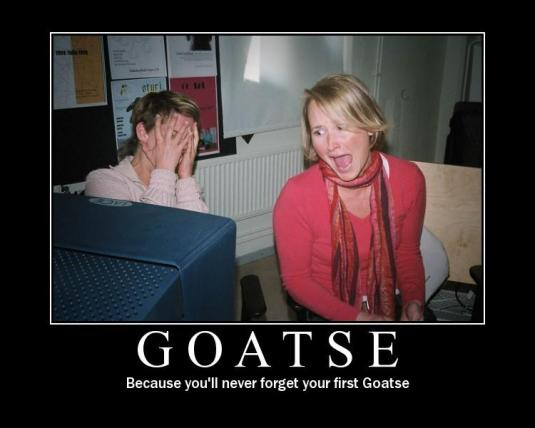 I see what you did there

I admit, it’s pretty dated. I’m open to suggestions for more potent options, somewhere in the range between “there should be a law !

” to “we are now live from the International Criminal Court where Nefastor stands accused of war crimes for the files he let Russian hackers find on his computer. Sadly, even the pixelated versions are too graphic to show on broadcast TV”.

You know, the unbelievable sights. “Attack ships on fire off the Shoulder of Orion” kind of shit

Ideally, I’d be able to get malware on their system that plays numa numa 24/7 on repeat.

Anything important goes in a 7z archive with a password in an encrypted home directory on a hard drive secured with LUKS.

But to play along, I would hide an empty file somewhere deep in the directory structure and have it serve as a kill switch for executable bait files. The idea is they would fail to run on your system but not others. Maybe it would launch an archived page of meat spin…that was a good prank page to pull up on unattended computers. Is it even still around?

I dunno, probably some obscene pix with names like “newds.jpg” or “selfie.jpg”

But OP might get a giggle from the idea of a honey trap?

Which honeypot should I use?

In this article, the Packet Professor continues his discussion of honeypots by examining deployment options, from commercial products to free honeypots. He also issues a warning about why you might not want to use a honeypot.

But
“you are truly playing with dynamite when you deploy a honeypot. There is always somebody smarter than you on the outside of your network.“