While you Americans complain about your internet you should think about the poor people in Australia. We have some of the most worst internet there is. I get 1.4 megs on really good day. To overcome this the government has implemented a national broadband network. I lost interest in it strait away as it would take more then 4 years for my area to get connected. I was then later super angry when the government changed and the NBN was scraped after then the idiots realized that we need faster internet and ISPs weren't gonna do anything to not "THE" major city so where I live the internet was gonna be the shitty internet it always has been. Just recently I was excited to learn that NBN was going to be in my area late next year but it was going to be mobile broadband. Like seriously from optic fiber to glorified 4G. Am I being a bit snobby or are my complaints reasonable. 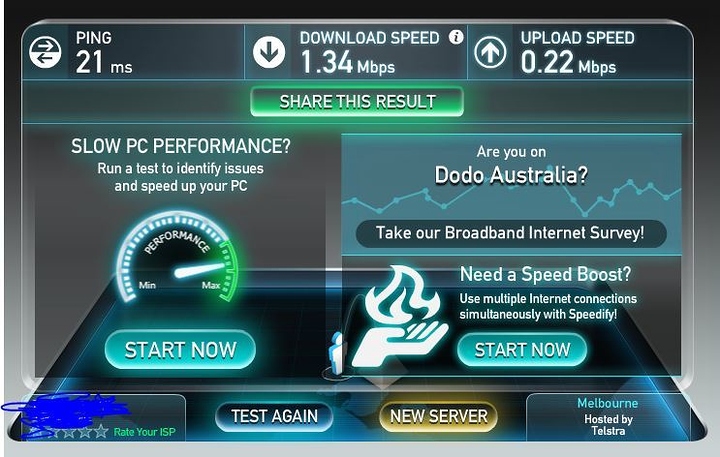 Totally forgot to post on how the NBN is being distributed its all around the town but in the the town. and this is not to only town like with internet setup like this. 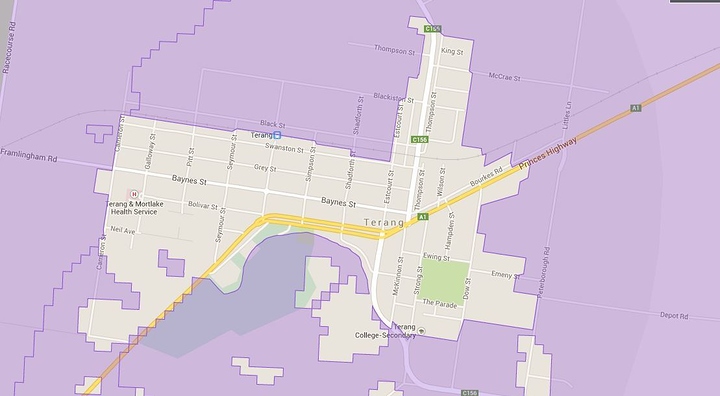 You are definitely justified to complain. I'm not Australian, but from all I've heard the Internet seems really terrible there, with awful prices to match.
4G is just delaying the problem, and in a way making it worse. There is simply not enough bandwidth available to supply everyone in Australia with wireless Internet. And even if it is just a stop cap measure, by the time the infrastructure is in place the country will have already sufdered from lost business when all your big information and technology companies move over seas for better Internet connection. I cannot imagine running my CAD or PLC projects over that speed and I bet a lot of companies think the same.

Thanks man as 17 year old who would like to upload videos download stuff that would enable me to create content and further educate myself on my interest especially 3d modeling and computer coding as I like learning from vids and even if just one other person is on the computer I have to watch it on 240p.

Ya the rollout maps are useless. And the way they are not doing the fiber is bugging me

I live in the UK so I'm pretty lucky when it comes to Internet speeds. But both the USA and Australia have e.Internet speeds too slow to remain competitive. Australia is worse but the economies of both countries are/will suffer as businesses move counties for vastly faster speeds and lower prices. Honestly, unless both counties get fibre and soon, I think we will see a massive drop in informative information and Internet based companies in these countries which will further hurt their economies

Thanks Eddie only if the government would see it that way. No the way they see it as oh no were gonna have to spend money to lay fiber but you know what we'll cut some corners and give some shitty internet service. They really can't see the future impact of fiber nor do they see all the tax benefits from all the little business setting up in town just like you said.

Most governments in the 'western world' are conservative when it comes to infrastructure. It is a big single expense which is not thought about if done right. you can compare Australia to South Korea. There they spent a huge amount in amazing infrastructure and now their economy is booming, with huge technology companies based there. There is no reason Australia couldn't be like that too, only your government took the conventional root of spending as little in the sort term as possible. And now sadly you are paying for it.

I fail to understand why some company hasn't come into AUS and done things right, they'd put the rest of the lazy fuckers out of business.

Because of the cost - Australia has fucking MASSIVE stretches of land with NOTHING there. To roll out a new network from scratch would not be financially viable from a new company perspective. Not to mention Australia has very high business tax rates (at around 30% vs the international average of 23.5%) so most companies wont even look at us.

And also because in Aus the government owns all the infrastructure. In some areas where either private companies have put the infrastructure in or it has been leased out by the gov to a company, we still have a "fair trade' type of deal where all companies must have equal access. So for example if google came in and laid fibre to every home in the country - they would have to allow other companies to use THEIR fibre. If that were to happen all other companies would undercut google to put them out of business and keep the fibre for themselves.

Oh...well that sucks. Maybe drop that tax down and offer and incentive for companies that expand the internet infrastructure.

That, or build more cities in the middle of nowhere. Maybe an AUS version of Las Vegas?

lol Vegas still does not compare - did you know that just ONE of our sheep stations in QLD is bigger than Belgium?

Like I said, yall need to build more cities, and breed more prodigiously.

From what @anon43920604 says, sounds a lot like what happened in the UK. We only really have 2 providers, BT which is now privately owned and has all the original telecoms infrastructure which was state owned in the 80s. And it hasn't really changed much since then. But now (I think within the last 10 years) Virgin media came in and is laying fibre all over the country offering much faster speeds for much less. However they still do not cover the entire country and the UK is much smaller than Australia.
Honestly, I think the fair trade laws make a much bigger effect than the tax rate, three ISP business is highly profitable so a slightly higher tax rate won't be what's stopping companies, it's the massive cost of laying cable in the bush which won't be directly making money. That abs what you said about other companies being able to just jump on their very expensive work and drive them out of business

Sorry to hear your screwed man.
I did some searches and the best you can get is adsl 2, maybe 2+ if your lucky.
You don't qualify for NBN-Fraudbands Satellite, 50mbs Wireless, HFC or FTTB.

So unfortunately The Hon Malcolm Turnbull MP screwed you and pretty much everyone else when the Liberals were voted in.

I could go on about this but it's pointless until the greens or even Labor are back in power but instead
Click this line to learn how to vote properly in Australia to make sure the right people get into parliament
When elections come around avoid all of Murdoc Media, which is pretty much every newspaper and radio, don't listen to Laurey Oaks, instead look to The Australian Independent Media Network and hope for a good outcome or even Google to come in and lay fibre to the home.

Countries like Japan,Taiwan (Taipei) etc despite not possessing their own mineral resources have forged ahead, and left Australia languishing in their technological, and manufacturing wake.

Australia with its own mineral resources should be the 'equal' of Japan with infrastructure development, but we're not. Government ineptitude, industrial-relations practices (unions), and bureaucratic bloat have 'retarded' advancement in Australia.

Australia is Asia's quarry, and we've never exploited the wealth that has been extracted to provide outstanding internet services that should be second to none. 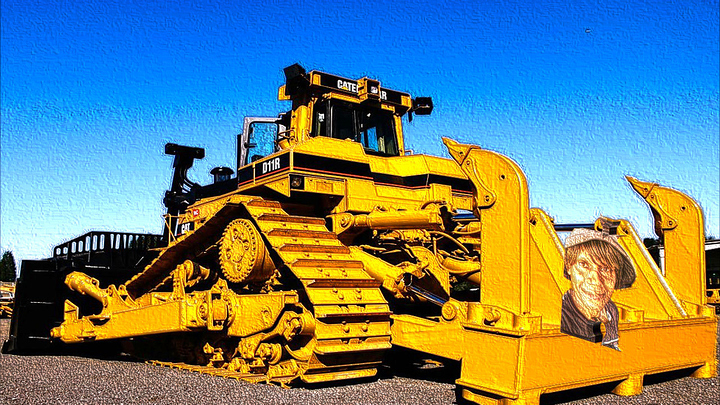 Thanks man what pisses me off he n more is the faxte my folks pay for adsl 2+ but because we live on the outskirts if town a town with we hardly get ADSL. Yes I think I will tell him how butt hurt I am.

op your town is small as hell.

I don't live in terang. Don't worry bro that town Ages away.