My father-in-law needs a computer because he's starting to work form home. All I've got are really nice PCs that I'm not letting him touch, and some old laptops that I've f*d around with, testing out different Linux distros.

I have a laptop I want to give him that currently has DeepinOS installed. It seems pretty simple and intuitive.

My question is, for someone who is pretty computer-illiterate, and has only really ever used a PC at work (so like basic WinXP or 7 stuff) how can I make this easy for him? Is there a way to make it "unbreakable"?

As far as I know he basically just needs an web browser to check emails, and occasionally print stuff. Seems like it should be fine, right?

There are none. As in with any OS. However, Ubuntu Mate is about as clickable as you can ask for.

For most easiest distro I would also recommend Ubuntu Mate.

An idiot proof distro does not exist. However an idiot proof Desktop Environment does. Mate is as easy for a new person as possible. Everything is very well organized and laid out. 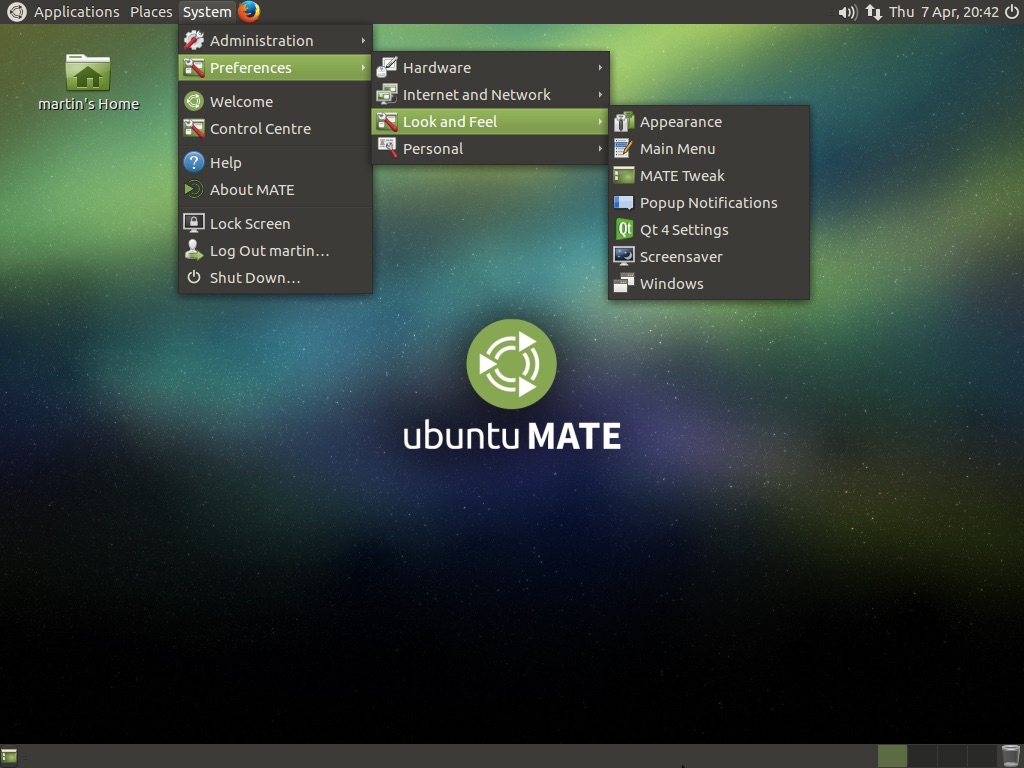 This guy did a video review of Ubuntu Mate. And in one of his recent videos he was talking about Linux Mint KDE and he said he would put Mate on his mothers computer over KDE.

Break me of my debian based ways

rolling release is all fun and games till your daily driver is broken and you just want to check your mail...

If you chose to go the non Ubuntu route don't get a rolling release distro.

Does it need to be up to date? Also is the question OS or desktop environment?

If no. Debian. It wont change much, it doesnt need to be updated frequently. You could probably automate security updates, and hell have the same system for ages without any major changes.

I have family who use Fedora with KDE, works well. you might find KDE is a good option for him, you can shove things on the desktop if you like (though you can do this in GNOME).

On printing, is it an HP printer? if its something else check it works.

what on earth is deepinos? seems to be some Chinese OS?

I think Ubuntu is pretty user friendly, just don't give him any unnecessary rights^^
Aside from that, Android is easy to use and unbreakable, but I don't think he'll want to use that. Besides, you haven't told us what kind of work he is going to do.

Mint can be idiot-proof in the sense it gives a good out-of-the-box experience. I also second mate. Simple and stable...

For Windows users it's always Linux Mint for me. It'll work out of the box and make sense to a Windows user.

Oh and to add to my previous post, if you want more bling, bells, and whistles on your desktop, there is KDEneon which is Ubuntu with upstream KDE baked in. This might work for a new user, in that they may be less married to GTK. Steer towards Qt applications like Clementine music player, etc.

KDE has a LOT of tweaks though that many find unnecessary and/or annoying. Personally I like Qt development over GTK so I;m good with it.

Mint can be idiot-proof in the sense it gives a good out-of-the-box experience.

Does it need to be up to date? Also is the question OS or desktop environment?

If no. Debian. It wont change much, it doesnt need to be updated frequently. You could probably automate security updates, and hell have the same system for ages without any major changes.

I have family who use Fedora with KDE, works well. you might find KDE is a good option for him

I gave my parents Ubuntu with the launcher permanently visible showing the 4-5 apps they use, mostly because I use Ubuntu myself.

That was 4 years ago. They just "click and go".

Sugar On A Stick

Linux Mint or Ubuntu mate cannot really go wrong with those.
As far as Mint is concerned, you have several DE´s to choose from.
Ubuntu mate is really nice because of its software bootique,
which makes it easy to install most commonly used applications with one click.
But Linux Mint cinnamon, xfce or mate are also good choices.

It depends on the hardware but i would suggest Mate with Mint in this case as gtk DEs could produce bugs with new driver updates. Rarely but still. Mate seems to always work no matter what.

My mother (Maths and Physics teacher) uses an old eeePC with Lubuntu. I have heard no complaints. She has peace of mind that she can plug in any pupils' thumb drive without worrying about infections. Plus it can read any Mac formatted thumb drive.

Set updates to automatic and install teamviewer (I know, teamviewer under linux, but it just works so well). Prepare to lend the occasional hand via remote connection. An automated backup solution might be cool as well.

Mint and LXLE are both really easy.
LXLE is fast on really old stuff like single core stuff

I can't resist posting this "If you make something idiot proof, nature just comes up with a better idiot"

I always have a laugh when I'm reminded of that.

As someone who wants to switch to Linux with all his soul but keeps going back to Windows for a number of reasons, I have found that for me, Linux Mint running XFCE has been the most comfortable for me. It's not like Ubuntu, where Ubuntu ends up patronizing you a little bit, but it doesn't leave you completely in the dark either.