I have no idea what that ice bucket being dropped on people was about and I care not, because today I shall write about dropping ice buckets onto your CPU! 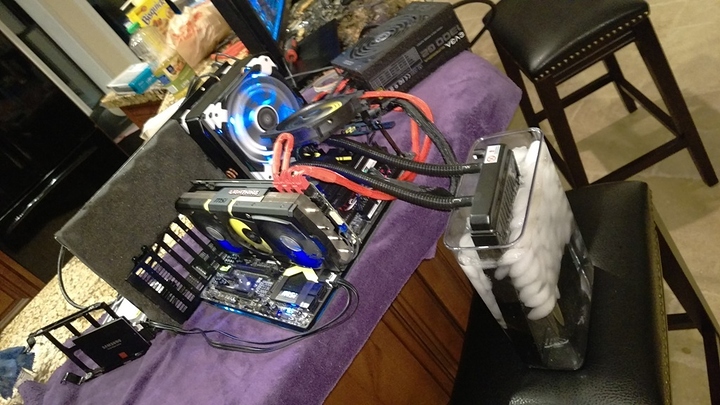 I wanted to find out my max stable overclock on my 4790k safely as it was starting to thermal throttle so there was only one solution to get colder. As far as getting the Ice to work it was really easy I just took the fans off my CM Neptune 280l and was good to go I think a larger container with water and ice would have worked even better but the results speak for themselves. 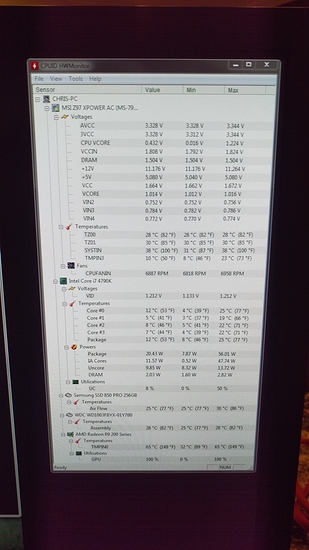 With the ice I was able to hit 5Ghz stable, so long as I kept putting ice into the bucket as it melted. My cooler didn't seem to mind either and was happy to run just the same after I took it out of its ice bath and slapped some fans back on it.
So as it turns out this is a thing!

Yeah kyle did it a few months ago too:

In the not so distant future, computers will be plug directly into the hot water heater.

It would make a lot more sense to hook up a phase change cooler to your AIO, I think you just need liquid in it that freezes at lower temperatures compared to water.

Phase change doesn't really work that way . You could use a chiller or phase change system to cool the water around the rad but that is pointless at that point just use the chiller/phase change on the system directly.

The point would be to make it so you don't need all the preparation a phase change cooler requires, although I guess if the liquid is cold enough around the CPU you still have the same issues.

could you just use anitfreeze? does that corrode metals?

dunno about the metals things

It does work, its usually just pointless.

Pure ice water is not gonna freeze the water in the radiator.

Frigid salt water might, but even then I would be skeptical.

If you want to go colder than ice water, there are several ways of going about it that yield far better results.

Anti freeze works well with metals but corrodes plastics and rubbers such as tubing, you have to have a compatible loop to use it. That being said the problem is that if you get to cold condensation forms and shorts out your pcb

Mmmmmm a pure 50/50 mix would be bad, but people back in the early 2000s has some success with like a 20/80 mix with standard plastic tubing from the plumbing department.

Exactly that is why this works safely, I see no point in going extreme I am looking for stable overclock that I can apply for long periods of time and run anything without errors or crashing

unless raditor is all aluminum I think the copper/tin radiator will corrode & steel frame rust in water in long term use?