I was sick this weekend so I learned to use blender. What do you think? 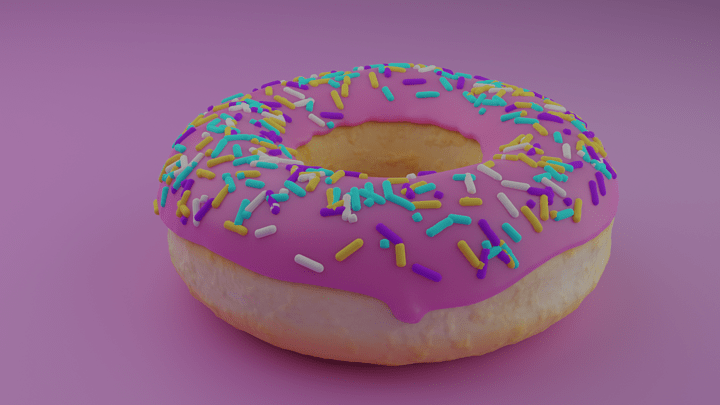 I have pretty much zero understanding when it comes to anything image related but that looks almost real, and now I’m wishing there was somewhere open nearby at half 3 in the morning because I’ve suddenly got the munchies.

The looks good, I very much like that it is not symmetrical or perfectly uniform.

Did you start from scratch?

Did you use a couple of bump-mapped textures for the sprinkles, or is all of it modelled?

I did, started with a simple torus

there is some texture paint, but there is also some bump + displace. I can see about showing u the nodes if ur interested

Nah, that’s okay, just dabbled a bit in 3D programming and thought it looked bumpmappy so I figured I’d ask.

Are you taking suggestions for improvements?

Nice one! if you’re going to be following the tutorials, I recommend posting in this thread.

Learn Blender with us! Community Blog

You have been following Blenderguru his tutorial. I have been planning to do the same.

I had the day mostly free and spent a couple of hours on Blender Guru’s tutorials, here’s where I’m at so far: 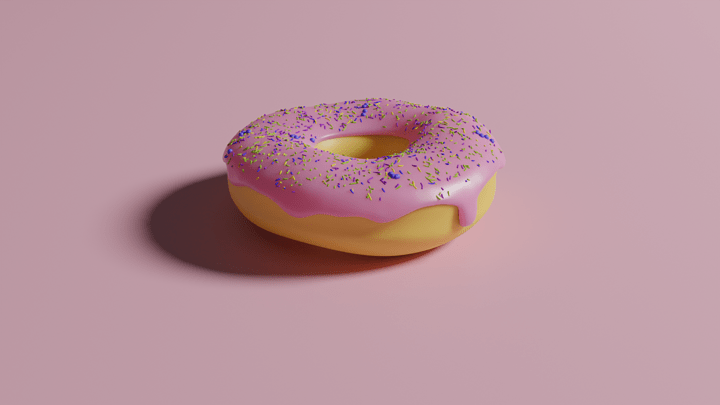 This is a lot of fun, I tried to learn Blender for a couple of weeks back in 2012, and for as complicated as it seems now it was way more buggy/messy back then. Of note, I used the 2.81 dev build of Blender, and rendered that with the Intel denoise node that seems to be some kind of miracle worker.