I vote we troll the fuck out of this guy

I just ran across this on youtube it was in my suggested videos and apperently this moron made response videos to the fx 8350/3570k/3770k ect video without watching the video. He states in his video logan could have just manufactured the results because "he didnt state the settings" wich are clearly stated and also says the different ssds effect the in game benchmarks............... not likely. I just really dont like this moron I think we should spam the hell out of his channel and make him and his camera buddy feel like the idiots they are. 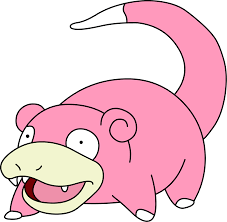 I've pretty much don't care about what these guys have to say anymore.

There was already several posts about this:

why does this stupid thread keep getting posted? if you give the trolls attention they've already won

I figured it popped up here somewhere I just never personally ran across it. The way I see it all you really have to do is look at subs/views in relation to how long they have been making videos and I think their 6k subs and 2 mil views over 2 years is destroyed by razethew0rlds 82k subs and 7.8 mil views. I tend to look where the larger community resides typically less fanboy bs there.

The bigger your community the larger your fanboy/fandumb base will be based on what I can tell. Teksyndicate seems to have a slightly lower than average fandumb though.

Pure speculation on my part, but it seems almost as it's a fairly flat percentage of people that we percieve as fanboys. They're usually the smallest group of a community, but shout the loudest.

You're always going to have Trolls and Neckbeards, its best to just give them a swift kick in the ass out the door and make sure it hits them on the way out.

Those two are very unprofessional, watching their video they come off as super bias and I was quite sick of them going "SCIENCE!!!" the whole video.  Also have a look through some of the comments they posted, rather than explaining their position they resort to insults when someone questions them.

that dude is a boring elitist. zzzZZZzzzzzzz, a whole lot of who gives a fucks. all in all i think he failed to miss and realize constantly what price to performance ratio means in relation to amd vs intel which is a very important fact that is also inarguable.