I really just can't do anything right. About to run out of sanity and patience

You’ve heard me blab before, so you need no preface.

I don’t expect anyone to help me and I expect nothing to work out. I’m a failure. 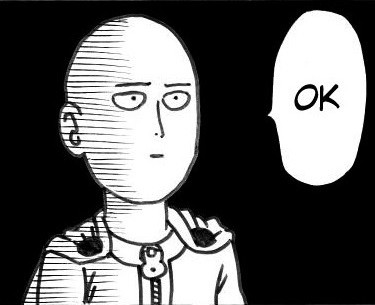 welcome to the club

As I’ve stated before - I think you may have the wrong perspective. Okay. Let’s start with failure.

Please explain your failure. Like a specific failure and how that contributes to you being a failure.

Bureaucracy locally makes treatment of mental health unequal across regions, with what little money that gets thrown to mental health, this means some hospitals get more money than others… and there’s a set rule that you just cannot cross over regions to get better health care for mental health because “those are the rules that cannot be changed.” You feel absolutely hopeless that choice is irrelevant, and good choices aren’t there, so you are a failure.

That when I go buck the system.

so you are a failure

No it doesn’t, something out of your control does not make you a failure. Whether you’re prepared for said event is different story though.

If you really need this help then the way I see it you have two options; make it happen (by moving or something), or find an alternative for the help.

The alternative has a extensive monetary requirement, something I’m unfortunate enough to not have enough of.

Everyone is a failure, it’s an essential part of human life, accepting that you can and will fail many times is something everyone needs to do.

The problem with failure isn’t the failing, but how you handle that failure, and being able to identify things out of your control and therefor nothingness you should worry about and things you do control and if you fail, seeing that as an opportunity, not a weakness.

You can’t succeed if you have never failed!

I don’t expect anyone to help me and I expect nothing to work out. I’m a failure.

Self-fulfilling prophecy. Keep thinking this way and this is just what will happen. Reject people’s advice enough and they’ll stop helping you. Don’t put any effort into making things work out and they won’t. Keep calling yourself a failure and not working to improve yourself and you won’t improve. Stop moping here, get out and get into a Commander Data mindset. Better yourself.

Yes, the video is related to the topic.
Yes, the beginning is very random.
Maybe it will cheer you up.

Look, I’m not going to try to downplay your “sense” of being a failure. To you in your mind your failure. Alls I can contribute it this. Perhaps, you might consider your idea of what a failure is might be skewed.

If I understand you have some mental issues where you can’t get proper treatments because of location and capital.

Dude, that’s not you being a failure that’s the human race failing - don’t put that shit on yourself. Also, by the way having mental health issues - that doesn’t make you a failure. Most people, medical people included, have no idea what your experiencing and despite the new age liberal “love everyone” there’s still stigma. Mental illness isn’t understood, by anoyone and if they tell you they know it all and it’s well treatable - imho they’re also metal ill with delusion.

Look man. The human races failures aren’t yours. You have your life and alls you can do is accept yourself and your imperfections. Don’t put others failures and selfishness as your fault. Don’t misconstrue frustration into depression or resentment against yourself. It’s okay to be pissed off.

Also, as one of the members stated we’ve all failed. I was a paramedic. People I tried my fucking hardest to save died in my care. Talk about failure. Dude I failed; on that occasion, but I’m not a failure because of that. I have to live with it, and it hurts, like really, really bad - but I’m not a failure.

Last thing, self fulfilling profecy. It’s like the addicts say, man change what you can and learn to accept what you can’t and be okay with that. If you try to change the impossible and then mistake not accomplishing that as being a failure your missing the point.

We all fuck up I promise.

Keep your chin up.

Everyone is a failure

I’ve blown 11K and wasted two years of years of my life I won’t get back; while the rest of my peers have succeeded; its touch pill to swallow, but all I can do is not give up and keep pressing forward.

Everyone carries their own cross.

I know a guy that’s probably really similar to your case but even worse, spent about 10 years dicking around in college without a degree.

He’s doing alright though. Money is tight but he has some family helping him out. Even has a house right now. Really swell guy honestly.

all I can do is not give up and keep pressing forward.

That’s pretty much it. The faster you learn that the easier failures are to deal with.