I made this. And I'm looking for your opinion! [GOlang]

I’m a pretty experienced PHP developer, working on switching to golang.
I’ve made a small scoped project, both to learn more, and to generate some code I’d be able to share.

I’m very aware that there are numerous things wrong with the code, but I’d like to learn about what else is wrong and get an opportunity to make a case for choices I’ve made. 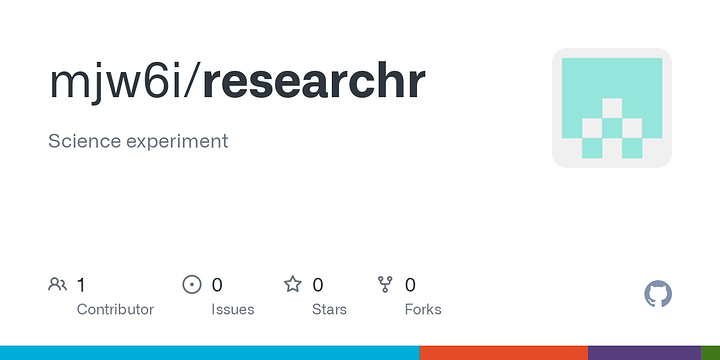 Science experiment. Contribute to mjw6i/researchr development by creating an account on GitHub.

Feel free to chime in even if you’re not an expert, I might be able to answer your questions or explain something

I’ll be terse, to the point, and opinionated, apologies in advance if this sounds rude, do take these with a grain of salt. This looks OK overall.

That’s probably enough from me for first round of review, … possibly needs looking at is the tests / database code (because… security)

Thank you for feedback!

I’ll try to address it, and explain my choices. While I’m not always agreeing I appreciate all of it. My reply would make a better read from the bottom up.

with packaging and compose … in general with go you’re expected to go install url.to/a/package and go tool will fetch the code all the deps build the binary and put it somewhere correct. It’s strange than main packages are big, even though at the end of the day linker doesn’t care.

I don’t see anything glaringly wrong from my quick skim.

High level:
If you haven’t already I’d take a look at:

Codewise:
The only thing code specific things I have to say are:

Edit: Just to clarify modules can be in the same git repo. Example: