I need help on trying to get certain games to work on Linux whether its on Lutris with wine or using Steam proton.

I have been quite into the Hyperdimension Neptunia Game Series and I loved that many games, including the Neptunia games all worked very well in Proton alone in steam at 100% without any tweaks or very few. However there was one game that gave me trouble and i wasted a bit much time trying to get it fully working. Megadimension Neptunia VII. The game launches, even has sound and music, just no video or event scenes. so its black screen in some parts. For a game where its mostly like a visual novel with some gameplay elements as a jrpg, this matters.

I looked at the issue in github and it listed to create a seperate 32bit wineprefix and run winetricks quartz devenum wmp10 from WineHQ. 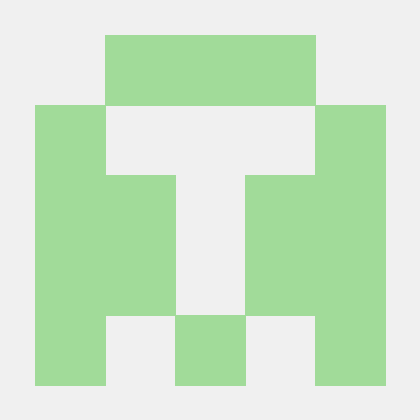 I even looked at ProtonDB for a solution and recently I saw someone managing to get the game working.

However, I tried the workaround which listed as: Run this in pfx folder: $ WINEARCH=win32 WINEPREFIX=$PWD winetricks devenum quartz wmp10make sure to install the codecs.

Enable CpuMultithreading: $ WINEPREFIX=$PWD wine ./drive_c/windows/regedit.exe ( add new KEY named " Direct3D " in HKCU\Software\Wine , and in there add DWORD named " csmt " with value " 0x1 " ).
Create a folder named " syswow64 " with nothing in it in drive_c/windows . Symlink all DLL in steamapps/common/Proton x.x/dist/lib/wine/dxvk/ , into the game folder /common/Megadimension Neptunia VII/ , required because Proton lacks proper 32bit support. Next run the game normally from Steam, it should install VC runtime and then run with working video/events and without lag.

I tried that as I did winetricks in the compatdata/460120/pfx folder but one problem was that Windows Media Player 10 got stuck at the 15% progress bar in the GUI setup installer. WIndows media player 9 worked but either way I wasn’t able to run the game like it should.

Distro I run is Manjaro since I started feeling confident and moved away from Linux Mint, but also because I dislike PPAs, its easier to get drivers up to date for Mesa and vulkan, as well as kernel. Also very easy to use and I understand how to maintain it and just use it. The AUR is also nice but I don’t use it much. I don’t run Pure Arch but it is an arch based distro.

If I could get the best way to get a successful 32bit prefix like this as a workaround for some games, I could try this for Lutris for games that don’t have an installer script, and perhaps learn to write the scripts to make life easier for others too if they don’t end up using steam Linux but GoG or wine steam.

Other than that game or some games, Steam Proton has been really convenient for the games that worked and also made linux gaming for me more of a reality than Lutris or manual configs. It feels too good to be true yet it is true, many games launch easily and run really well. With some exceptions. Even crysis as memey as it is, I ran it and at very good fps like Windows in DXVK (direct x 10/11 to vulkan). I decided on Linux full time since I really don’t have a use for Windows anymore after moving from Windows 7 and to be more up to date. I absolutely hated Windows 10 in terms of privacy invading and user interface , and even with the tweaks it wasn’t enough, but slowly I gathered fascination to Linux even for video gaming. Then after proton came out and I tested as much of my Library of at least 150 games, I was like, yeah I can use Linux for gaming pretty much always, it does everything else I need to do well.

That being said, I do plan on trying a VM for windows for a few specific cases when a game doesn’t like to run in wine or steam proton but I haven’t tried to do qemu and passthrough vm either or a decent hardware accelerated VM. I would love to stay on Linux and hopefully forever with less and less need for the Windows VM as more games run well in Proton but yeah, I have that option.

I don’t feel like switching back to Windows or even dual booting as that’s a PITA. It could be nice to contribute to things like steam proton or wine and possibly any FOSS project I like.

I am addicted to free and open source software now

, but I still enjoy games regardless if proprietary or open source, as long as it doesn’t have invasive DRM that ruins the experience or prevents play, allows modding, config, etc. I sometimes play GZDOOM at times for DOOM in Linux. Also tried emulation with Dolphin and other emulators as a test run. Though an Open Source game is nice to have too.

I see some good potential to game on Linux. The ability to use custom kernel or update kernel and swap them around, change CPU governor, change or disable compositors, run on a window manager or have both a DE and window manager, have some extra RAM free which can make the difference on budget systems and the less overhead in general is useful. The mouse input feels more like raw input than windows and games in Windows for me with the Logitech G402 and my Logitech keyboard feels the same. There are many things I can do that can rival Windows for game tweaks as well in a way.

Also for fun i decided to try Steam Proton games on my Old low end laptop with specs like pentium N3710 and intelhd on linux mint xfce and the amount of games it could run at all was cool, even better than the windows 10 results because of that much extra CPU headroom to even use even despite the Wine/Proton overhead and some for the igpu. Also a better battery life and longer turbo clocks. It felt like it breathed a new life for a 4 year old potato laptop. The one issue was wifi because of a broadcom wifi card but I could use wicd network manager and possibly even a linux friendly usb dongle for wi-fi to resolve it.

Long story short, i am a newbie when it comes to Wine and Lutris like with installers or so, when things could go wrong. Most games do simply work but the games that don’t makes it hard and i feel like i hit the mental wall for it.

Edit: Never mind, updated winetricks, the 32bit prefix was successful and easier than i expected. updated winetricks solved the issues with windows media player 10 not wanting to install and zenity gui if i used protontricks. Cant believe I was spending hours when a simple winetricks updated solve the problem.