I don't suppose I could unlock those extra cores on the Haswell-E lineup...?

Some of you may know that many processors, including the X99 lineup, have several unused cores on the die.
TL;DR according to what I've heard and read so far is that it cheaper for intel to manufacture a number the same processors from the same wafer/batch, test those processors and then adjust and distribute them according to performance, success of fabrication, etc. So if they manufacture a batch of 12 core Xeons and a couple cores don't work, they bump it down to an 8-core and sell it as a 5960x, etc etc. Or something like that.
Here's an image of a delidded 5960x for reference, so you can actually see all 12 modules: 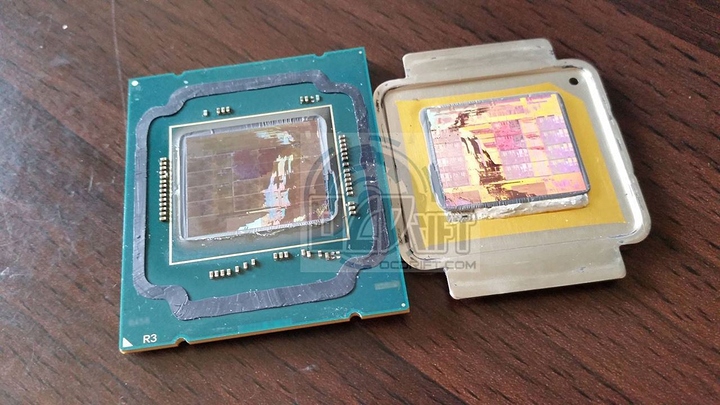 .
.
.
Now with THAT said, I vaguely recall a feature on older AMD mobos called "UCC," which potentially allowed the activation of dormant cores deemed unworthy or unstable straight from the factory. It used to be a good way to squeeze some extra performance out of old phenom and early am2 chips, and I'm kinda curious as to how feasible this would be for intel hardware.

Oh, and to clarify, I'm not doing this for "muh gaming performance"; I'm a little more inclined towards productivity, and I had video editing and especially virtualization in mind for this.

Spent many an hour on Google without finding an answer, so would any of you folk be able to shed some light on this?

Thank you so much.

There is no possible way to unlock the disabled cores.

I agree. I believe they are physically disabled.

as far as i know they are physicaly disabled yes. ☺

Oh wow, that was quick. Thanks for the response.

I have heard that it isn't possible, but I don't suppose you'd be able to tell me why?
Because I still remember this was an actual feature for earlier boards, and every so often I'll hear whispers of cracked/custom BIOS, pencil mods and stuff like that.

I'm fine with not being able to do it, but I'd rather come out having learned something if that's the case.

EDIT: Just now saw the last two comments.
Would you mind elaborating on "physically disabled?" I'm still a little unfamiliar with how the chips are produced, and I'm a little curious about the nitty-gritty, "under the hood" stuff that seems to be involved here.

they are just disabled on a hardware level

They simply cut the traces that connect the cores together. They are physically separate and disabled. A software hack can't fix that.

I can't give an exact explanation but I believe the i7 is based off of a Xeon. Intel expects people to overclock them and 12 cores overclocker is going to produce a lot of heat so to make up for that the die itself only accommodates for eight.

yeah intel does exaly a bit mysterious about this.

This is pretty much what I was looking for. Thanks for the answer, boss.

I don't think you can enable cores on intel CPUs, because they have fuses inside the CPU they overload when binning the chip, disabling cores.

One thing that I find interesting with haswell-e is that it doesn't have the top traces like the mainstream, which could hint at cores simply being firmware disabled rather than hardware.

5820k delid, look at how small the die is compared to the image you posted.

(Thanks for the correction. I've seen that image floating around and everyone keeps saying that's a 5960x.)

Okay, now this is interesting~
I got a couple other questions here now:

1) How exactly would the tracing imply that? Hate to say it but this is the first time I've even heard that term. : /
I'm looking at intel's site now and all I can gather so far is that it's some "debugging feature."
2) If you're talking about that goop on top of the die, that just kinda looks like thermal compound to me, or does tracing refer to another feature?
3) Am I right in assuming this implies you could achieve what I asked about with a 5820k / 5930k?

Maybe you could unlock cores on those two, just maybe.

The top stuff coating the die is indium solder, low melting point to solder the heatspread onto the silicon die.

And yeah its mostly used for debugging, binning and doing things a motherboard doesn't need to do, I'm pretty sure that's also how they disable cores by running current into them to burn physical fuses.

Oooohhhh is that what they are? That makes a whole lot more sense.
I kept hearing about there being heat problems on CPUs until they 'moved the vrms off the chip,' and I thought that's what those were.
Like...mini vrms. 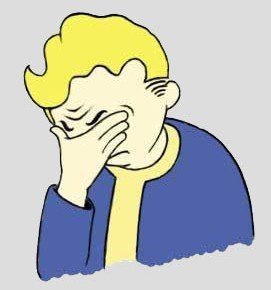 Thanks for clearing that up. This has been a fruitful conversation so far.

A VRM is just a single big fat transistor that switches at a really high frequency to change the input voltage to something the CPU can use, which is in the .7v to 1.5 range generally for CPUs.

Haswell/broadwell chips have a onboard regulator, which simplifies motherboard construction (less fancy stuff needed to feed the CPU with power) It can maybe possibly increase heat on the CPU itself, but the trade off is worth it because you gain higher efficiency due to tighter control over the power and you get cheaper motherboards.

Intel removed that regulator and moved it back onto the motherboard for skylake, but they're going to use it once more with the generation after skylake/kabylake because reasons.