I don't get minecraft. Am i Alone?

How do kids enjoy this game so much and adults love it so much. I don't understand it at all lol i'm sure even if i was a 5 yr old i wouldn't give a damn about this game as opposed to like mario i liked that then and even now. it's personal preference i understand but it's like all the young kids now just like 1 type of thing. Also what does this mean for the future of gaming? my generation (90's kids) are the reason for GTA developing into what it is, what will come forth of this minecraft gen kids i feel like we're going backwards. Sorry if i come off condescending i did enjoy building a house in minecraft but that's about it. I don't see the point to the rest of the game lol. Give your two cents (just don't attack me!)

Many like the multiplayer, some like survival, the real reason people people like minecraft is the same as the reason people like skyrim.
The openness, the modability, the sheer customizability. The options.
The only difference is minecraft can run on almost any computer.

It's a creativity thing. Even in the vanilla game you can build just about anything, or even go murder a bunch of stuff if desired.
On a server I used to play on many years ago, every time the admin moved to a new map I would build a yellow submarine in a random location. Completely no point to it, but it was something fun to do. Other people made statues, whole cities, castles, farms, and just about everything. The sky is pretty much the limit.

fucking love legos, built massive cities with them. So you're wrong buddy!

Why not build massive cities in minecraft? you have the ability, and once you have the game you have unlimited space. I built fucking pirate ships, houses, greek temples, all sorts of stuff. people have built entire cities the exist irl. people built walking machines and clocks, and computers and flying rockets. not to mention the mods.
BTW do you like skyrim.

cause the graphics suck lol

get it modded... it'll squeeze the life of your gpu. (and look better than gta) 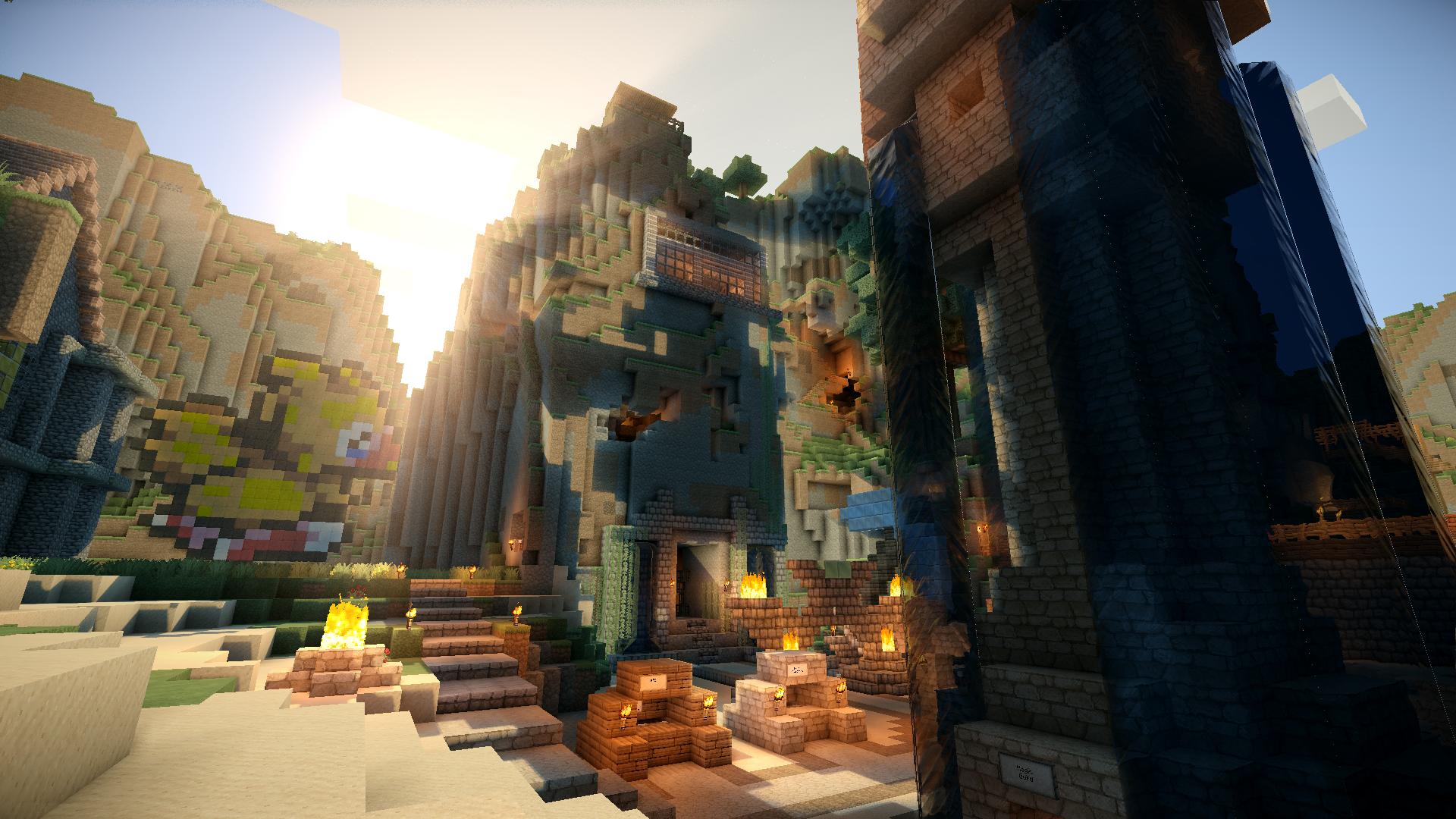 Thats the point, it is accessible to anyone. and have you even looked at shaders mods and texture pack? and since when was graphics important to the funness of a game? I played HALO CE, its graphics sucked, but it was fun as hell.
Try to like the game before you knock it.

Recommend mods or else U LIE

yeah true i just got schooled

You're not the only one. Played it once, liked it, but no enough to buy/continue to play it. I went to a friend's to play it for a bit, built a house, checked out some of the cool shit he made, and was done.
I can see why people like it with all the features and such it has to offer, but I never got into it. If you're 90s like me, its probably to do with the rise of FPS games during that time, among others. I don't mind watching/viewing all the cool stuff people make, I'm just not willing to dedicate the time to make such things myself- but I have great respect for those that do.

Haha lazy! lol.
I get it does take time, but it is very rewarding.

people dig the creative creation and role playing you can do.
personally i cant get over the graphics, even with shader mods