I could get use to of this Unity

Even though this guy is really overly-happy with himself but damn his mods in Unity look cool!

Honestly there are a lot of things about unity that are really REALLY nice.

The way the windows will merge with the top panel to make some weird omni panel is really nice. The search function is also really slick. And even the dock is not half bad. And even if you do not like the dock, you can just permanently hide it and then use something like cairo dock to replace it.

The only downside is that it is slow and has a bunch of bloatware.

If you want to invest the time into cleaning up/out the DE/distro, it is an awesome OS.

What is a peta stage?

No not peta, pita. It is the pain in the ass stage. It's where everything breaks and makes your life miserable.

In some countries it is also called beta.

Jk jk. He was saying beta but with a funny accent.

Unity has a great workflow if you come into it without bias. I used to hate it but in 14.04 it's really rather good.

Another cool feature exclusive to Unity it if you press ALT in an application it comes up with a Dash and you can search through all the menus for the option your looking for. No more wasted time searching through menubars! 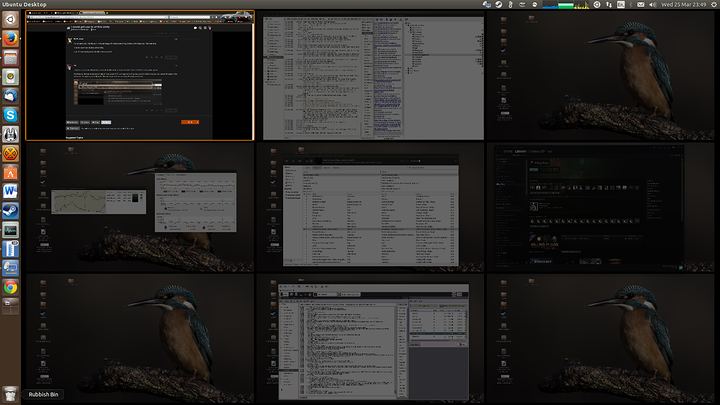 I honestly like Unity. The only weird quirk I found is where if you auto-hide the launcher, sometimes it wont pop out when you try to open it.

I like that everyone is commenting on the quality of Unity instead of the Mods that is the subject of the thread....

best thing is wobbly windows :) (compatibly with other desktops other than unity)

LOL....You got to love the south African Accent..