I built a "kill you you console build" for a friend!

I just built a kill your console PC for my friend last weekend. The parts I used were:

I had so much fun building the computer, the only regret was that I couldn't build on one of the new FM2+ boards(especially the ASUS FM2+ micro ATX one) that have just been released as they won't get out in France for another month or so, but the ASRock board was still very nice and solid to work with. The overall cost was around 450 euros for everything.

The case I used was fantastic, it's optimized to the max, where basically every part can be used for something, you can run a 240 rad in the front on push-pull and there are four integrated SSD spots in case that aren't on the hard drive case. You can even take the drive cage out and still have a place for the 3.5 HDD elsewhere. The only complaint with the case is the cable management, there isn't enough room for the 24 pin connector to route through the back.

I also know this build is a bit "outdated" or not as effective as the 750k/7770 combo. The thing is, the day before I went out to buy the parts with my friend for his computer, I made a post on the site, but got no feedback or no suggestions and was not informed about the 750k until the day after, when I had already gotten back from buying all the parts. And at that point I wasn't inclined to go back on the metro for 1 hour and carrying the components back to the store.... I did tell him about it and he was really happy for what he was getting(especially when I delivered it) as he will be mainly playing mainly Fifa 14, Football Manager 2014, LOL, and I think he wanted to get into Civ 5, which I think an overclocked A10 can max them all out on 1080p on high settings.

I actually convinced him to get a computer instead of a Xbox 360/Xbox one, as he really wanted to play Fifa 14 and such games on there and I informed/convinced him that the experience overall will be better on the computer as he can use both a controller and the games will look better over all, along with giving him the freedom of choice.

I think for my next personal build, I may go with Micro ATX as it was fun to build in. I'm sorry if the photos aren't the best quality, The first two are shot on a 10 year old Minolta that was given to me, it works great, just not really optimized for close up shots and the third is a picture my friend took with his phone. I will try to have him take some pictures on Saturday of the front of the computer and better pictures of the inside. 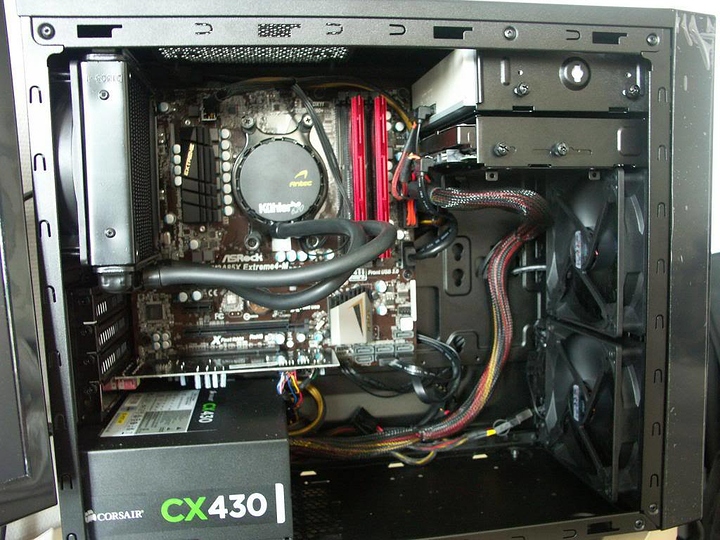 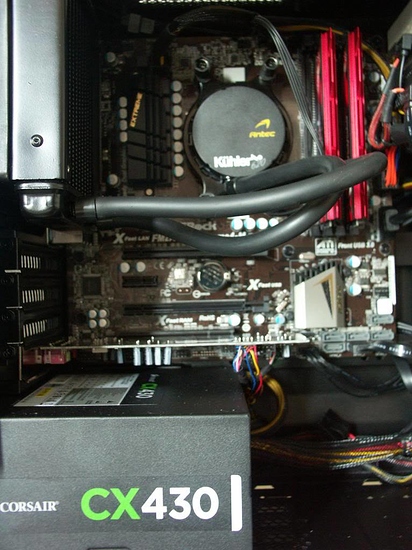 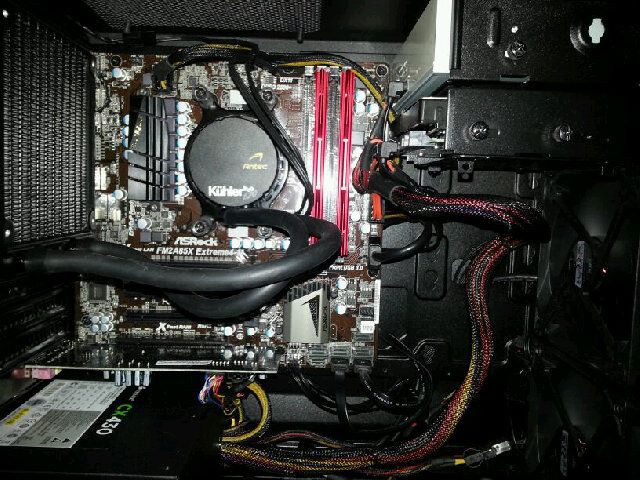 I will try to take some more picture of the case and some better quality pictures of the inside as well. Let me know what you think of my cable management? I tried my best for a Micro ATX build, as you can imagine there wasn't a lot space to work with in the back.

I realy like the CoolerMaster N200 case's for the money ive used a cuple of them now i dont think i will go back to useing the core 1000 again for budget micro case's.

Yeah it's a great case, probably one of my favorites now. I also re-edited the post explaining why I didn't do 750k/7770 combo.