I broke windows 10 by running a powershell script

Hello, I seem to be having issues with windows that none of the built in repair tools, nor even tron script can seem to repair. Recently I ran some fairly known debloat scripts from github; then after a reset windows decided to start sh***ng itself. It says I don’t have a network connection even though I do I’m writing this from the very same computer, the xbox app wont connect with error code 0x405 (PCMR but I still talk to some old xbox friends). Windows store app wont connect 0x800704cf (I do have a few small purchases Including atmos for headphones). So regardless after disabling everything I do still need at least these 2 Microsoft services to work. To fix the issues I have tried running tronscript, DISM, and SFC to try to avoid a restore/reset, no luck. I then tried changing the variables in the scripts for the related apps and re running them, no luck there. I then tried system restore, no dice it ran then failed to restore then deleted all my restore points. then I tried to reset the OS using the built in system reset tool, It proceeded to fail as well.

I will link the scripts and programs I used to turn off telemetry below, hopefully someone knows what screwed up and what to disable next time I run them, also how to restore my system to a working state, I’m not too worried about my files, they are backed up on my server, its just a pain to reinstall everything. 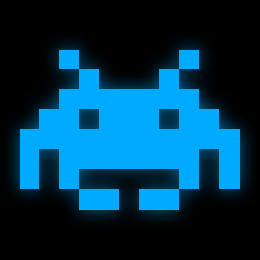 https://www.winprivacy.de/english-home/ (note this last one is not open source but is recommended by privacytools.io)

So did you actually just run the script without checking what it does?

Anyways, I am currently looking through the script and it seems all your xbox issues have been documented in it.

All in all, your thread title is a bit misleading because this is self-inflicted harm.

Your best bet is to get an ISO and do an in-place reinstall, that should keep a lot of your personal files, but I can’t guarantee it. As for a backup tool, get Macrium reflect and save your current OS state, what you can do with Macrium reflect is use that to dive back into your backup and pull any necessary files out of that in case it was lost in the in-place reinstall.

Never ever use an automated tool written by someone else and expect it to work the precise way you’d like it to.

Fork it on GitHub, and make changes so that it actually does do what you need it to do.

dude, that might be a little harsh? us normies can’t do such wondrous things with code.
Simply cloning and compiling a git is hard enough…

All the tools and programs are written by other people- apart from a couple bash scripts, I couldn’t modify a yaml file without following a guide, and gotta trust the author.

You have a point about checking the source of software though, and just because it’s on github, doesn’t mean it’s not gonna screw you

I’ve encountered a similar issue, but I haven’t gone down the route of automating telemetry removal. Either way the networking issue, specifically 0x800704cf, is there, and causes the rest of the issues. There are ways to remove this issue, but what I did was the hammer route with going to my device manager, show all hidden devices and remove all networking devices there. After that was done I let the OS scan for firmware to be replaced.

There are other methods, but this one worked for me; though I strongly suggest searching for more answers.

But you don’t need to know code. The documentation is there. I’m not suggesting you don’t use it but try to understand it at the very least. I don’t think that’s a harsh outlook

Edit: And you don’t have to remain a normie

This is intentional since you don’t want telemetry and that involves telemetry.

the xbox app wont connect with error code 0x405 (PCMR but I still talk to some old xbox friends). Windows store app wont connect 0x800704cf (I do have a few small purchases Including atmos for headphones)

Again, you don’t want telemetry, so this is normal.

You have to choose what you want. Working feature set and some telemetry or no telemetry and a more basic feature set.

My advice for next time is to use shutup10 because at least it’s got a quick way to revert.

Not all telemetry is bad.

My advice to you. Reinstall windows 10 and don’t run any ‘debloat’ scripts.

The only thing you might even consider removing is a small handful of non-system apps which you can do by hand in about 1 minute.

I highly suggest you simply forget about the telemetry conspiracies and just get on with your life. The paranoia around them is highly over rated, applies to almost no one, and your attempts to do anything about it will result in:

(If you had an actual security reason that you needed to turn off the things you did you’d simply not use Windows in the first place as it wouldn’t be appropriate for the risks you are trying to mitigate (which I believe you likely don’t even know what those risks actually are?))

Not to sound harsh, just honestly, this happens all the time. My job is 100% security and even I don’t bother with this crap on my PC. There’s zero need.

complicity is always the best answer…

It is always a bad idea to run someone’s " script " You are better served by doing it yourself. Nothing to hard about powershell and removing one thing at a time.

No ones being complicit. Only reasoned risk management which never has the answer of simply ‘run x script’ anyone who says so is giving bad advice when it comes to security.

The very simple and clear fact is almost no one need to run any script on their home computer. Those that do aren’t running random scripts and thinking ‘job done’ and if they are then they’re just sitting in a pile of false security.

(Quite happy to run through someones actual concerns to see what actually might need to be done. It takes a while though and can be somewhat involved)

One of the greatest ills in regards to modding your windows is… doing to many things at once.

I certainly make no claims to be an expert in security, but the reason I use shutup10 has nothing to do with being secure… I want a more tuned experience. I agree those of us who are using ‘debloat’ tools (which shutup10 is not) arent using them expecting the ‘job’ to be ‘done’.

I just like that it has easy switches in one simple interface rather than the sprawled out options or group policies that I would otherwise have to spend more time applying.

There is always godmode ?

They have their usefulness when you have specific needs. Like you said maybe you want to tune a few specific aspects of windows that you have specifically in mind. Windows is highly configurable, I know I’ve made scripts to essentially debloat and harden windows 10 machines, there was a specific reason for it and it deliberately reduced functionality.

I’m not a fan of these scripts in the wild though, I recon they do more harm than good for the vast majority of people.

@Data_Phile I recon if you can give some background on what your goal is, what’s the problem? Why are you running these scripts, in the first place. then at the very least if there is something worth doing the people here who have and do use these scripts can give you good info on which ones to use.

I might spend some time going through the warhawk scripts to unfuck what that thing does. last I checked they werent really getting updated and werent worth running beyond 1703

I never did run any of those.

godmode isnt really a purpose built tool like shutup10 is. seriously, check it out if you havent, it doesnt install anything. Its a decent utility that has many of the typical power user settings you can apply all in one go.

they werent too bad back in the 1504 days, but windows 10 1504 is a totally different animal from 1909. I dont believe those scripts saw much action after that… but people still run them.

I have looked at it. I do not really have a preference per say.

I strictly operate on a case by case /machine by machine / use case by use case. Your software will often determine how you should approach some things.