Alright, so as time goes on, my workload is getting heavier and heavier. I’m honestly seeing 2021 as the year of retirement for my 4 core 4 thread i5 6500

. Not to mention my GPU, which is… Yeah. Don’t even ask. In regards to the latter, the new consoles are out making the GPU that much more obsolete. But back to the point, the system just isn’t cutting it. This isn’t a “what should I upgrade to” discussion. I merely want to preface it with the subject of Intel’s new Alder Lake architecture and speculation/talk of its capabilities.

I remember reading somewhere there’ll be an increase of 56% in IPC?

But now i’m finding around 20%. In any case, I think this is the most significant increase in a long, long time. Since the Nehalem days. And we all remember that architecture as revolutionary; once Intel hit 45nm. And it was rightfully so. But I even pointed out in a thread years ago that performance has started to slow down. It was pretty easy to notice. Regardless of seeing benchmark scores. It was evident in gaming and just in every day use. On that note, I’d love it if someone would post a generational breakdown of each increase in performance for every Intel CPU so we can further analyze this.

But going to the matter at hand, I wanted to speak my mind and throw around some ideas looming in my mind regarding hypothetical CPU configurations and hear back from people who know more about hardware than me; someone who has perhaps worked directly in the field or otherwise. How difficult would it be for a hypothetical Alder Lake 12700K to be running at a base frequency of 4.0 GHz? We will assume this CPU to be an 8 Core, multi-threaded part with an additional 8 Gracemont low-power cores. Bringing in the i7 6700K for comparison, it was a 4 Core, 8 thread CPU with a 4.0 GHz base frequency with a 91W(?) TDP. I used to look at that TDP number for the 8 core CPUs of today with disappointment. But considering the increase in cores, 125W isn’t really bad. On the other hand it’s actually kind of impressive. Yes, such CPUs are typically around the 3.8GHz area; a slight decrease in frequency. But regardless you’d think something closer to 180W would be the norm, so I can’t complain.

My OCD (i’m seriously OCD if anyone from the forum knows me) tells me that waiting until the first single-digit die size CPUs from Intel is smart. But on the other hand, I believe that Moore Law is already dead, and it’s simply dying a slower, more graceful (or painful?) death. Once Intel reaches 7nm or 5nm it won’t matter and there won’t be another Nehalem on the horizon. I believe Alder Lake is the best increase in performance we’re going to see for a while.

What does everyone else think about Alder Lake and how it will shape up?

in software development the more cores you use the more of a pain it is to balance the load and intel is doing stuff to make that easier. which is what future platforms like alderlake can leverage to stay on top. it’s basically what made core2 last longer than phenom.

I’m still questioning why the desktop CPUs with max out at 8 cores. Yes, there are technically the low-powered cores, too. But, eh. I don’t know. It doesn’t sound appealing as a product either. Ryzen 7000 sounds MENTAL, if the performance figures are accurate. And welcome back

apparently you’ve been gone 4 years. And apparently people didn’t wanna talk about Intel so no one posted in the thread till you came along

The Youtube channel “Moore’s Law is Dead” has multiple leaks on Alder Lake. 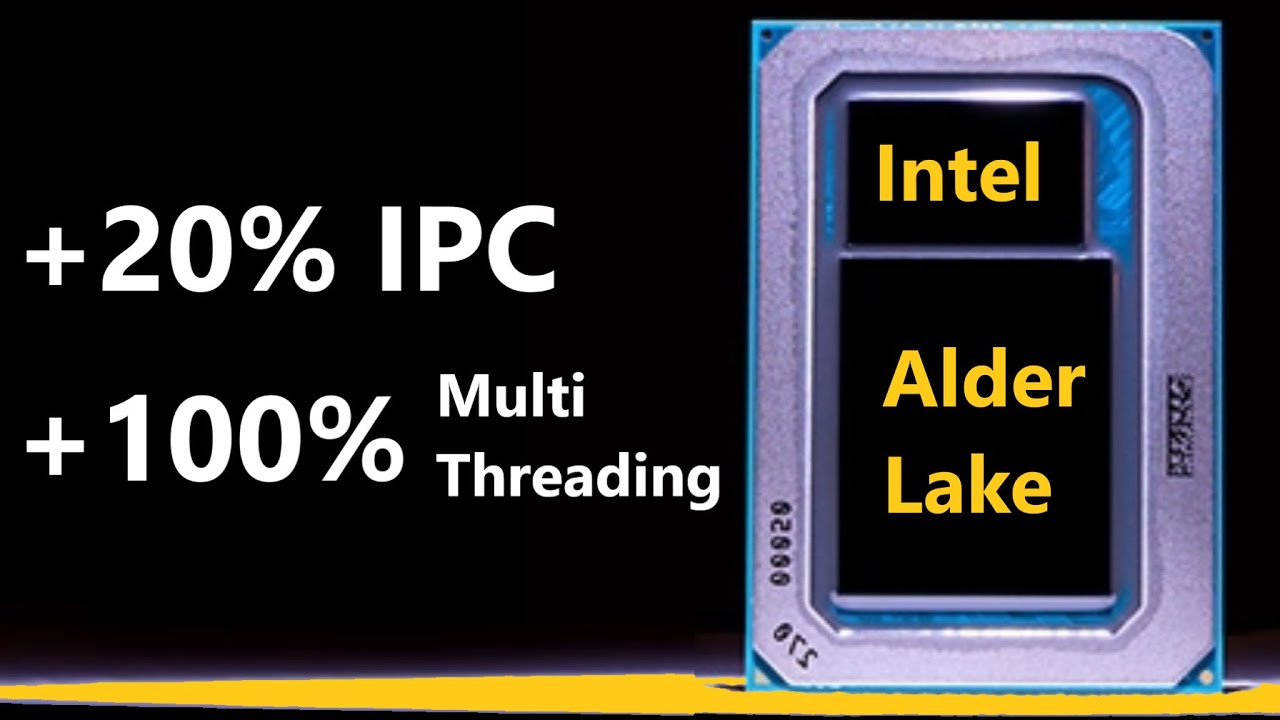 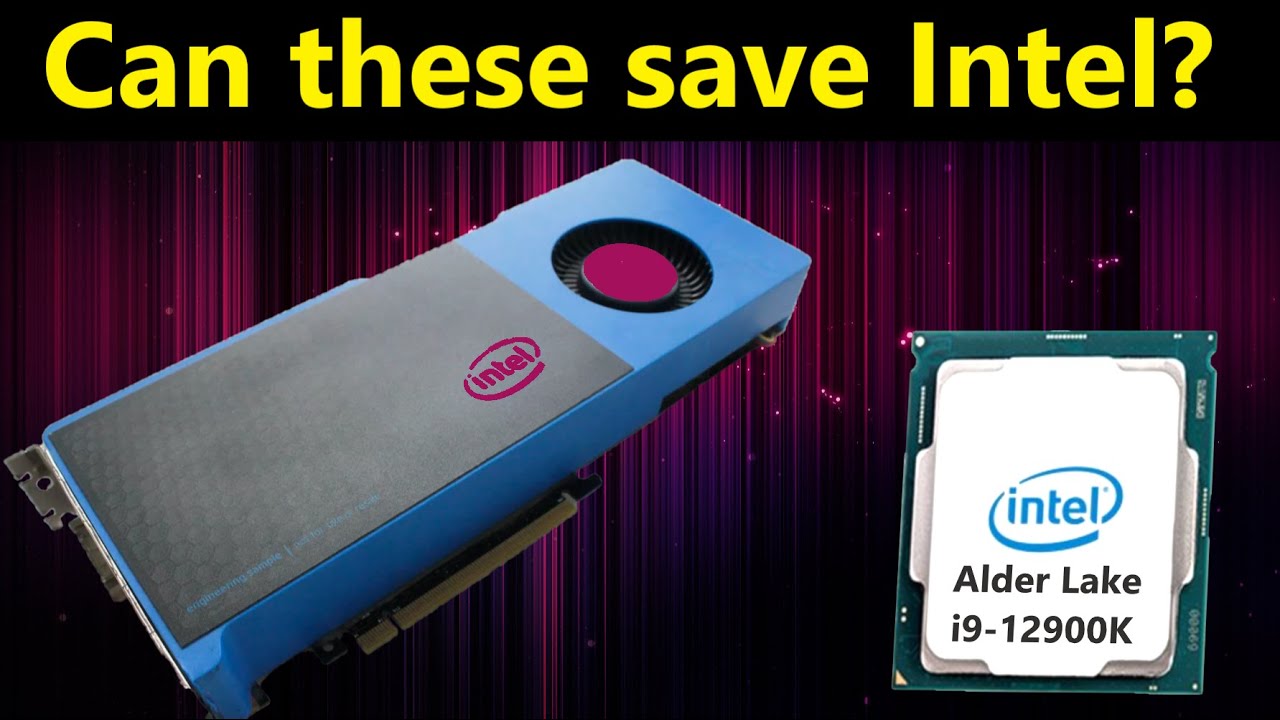 From what I’ve seen, it looks like the 12900K will be a good competitor to the 5900X (or its Zen 3+ equivalent) and probably share the same multithreaded and slightly better single-threaded performance. You have to understand that 5950X is not for your average consumer. In gaming benchmarks, the 5900X outperforms or is equivalent to the 5950X in most cases, which puts the 5950X’s advantage purely in multithreaded tasks. Even in those tasks, unless you’re making money with your computer, the 5950X would not be a good choice because the 12 cores of the 5900X and the 8+8 of the 12900K will provide at least 80-90% of the 5950X’s performance, even in extremely multithreaded workloads like code compile. Additionally, I can see the 4 extra cores and the iGPU of the 12900K helping with virtualization (2 OS 1 CPU) with the low-powered cores being assigned to the less used VM.

If Intel doesn’t screw up with the Alder Lake launch, I can see them getting competitive again. One thing to keep in mind is that the process from executive decision to retail is long for CPUs. I feel like the 11900K was given the go-ahead when maybe AMD wasn’t seen as that big of a threat (Zen+). So if the leaks from “Moore’s Law is Dead” are accurate, I think Intel is finally taking AMD seriously, and more competition in this space will ensue in the following years.