Hypervisor on Asus TUF X570 and some VMs... Where to plug what?

Hi all, this is my first post, so please help me out if I put this in the wrong category.

I had an i7 4770 with a Nvidia 960 that that served me well since 2013 - Dual booting linux and windows. It is now plugged on the TV, and is used a gaming machine for the Kids, on a brand new smaller case.

What did I buy?

Ryzen 3600, 64Gb Ram, 500Gb Nvme, Asus RX5700, Asus TUF X570 plus motherboard. It is now running linux, and has 4x4Tb HD in Raid5, working as a cheap NAS for backup. My use for the card is mostly to work with photos on Darktable. I am restoring old family negatives as a hobby. I have very rare gaming moments but they do exist…

I have also plugged in a 3TB HD where my windows files live and two sata ssds (with my old windows and linux installs) from the old build.

I was thinking to installing a Hypervisor on this machine - Proxmox - Linux directly - Unraid? I’d like to spam some VMs:

I believe the machine can handle all this, but I am facing doubts on choices.

I also have available an old AMD Fury V4900 now resting in a shelf.

Run Hypervisor on Nvme; remove SSDs; use all SATA ports for HDs;

Run Hypervisor on Nvme; remove SSDs; use onboard SATA ports for HDs;

Run Hypervisor on Nvme; keep SSDs for cache or fast access of data; use HBA Controller [To be purchase] for 5 HDs

The choice of Plex on Windows is due to the hardware acceleration and transcoding that lacks on their Linux server for AMD GPUs.

Those are the options I could think of.

If I had all this on my mind before going for this machine I would have got maybe another motherboard. Unfortunately not many choices available in the local market, and that was the only one with 8 sata ports. Just after I started playing around with it I understood the potential for consolidation of a lot of stuff I have in the house…

Please give your thoughts and suggestions. I’d like to hear also if you think it is not a good project for any reason…

Running two/three GPUs at once sounds a bit optimistic for a x70 chipset. You’ll want to research what the IOMMU groups ar for that board. I’m guessing some of those slots share groups with a bunch of other devices. In theory you don’t need any GPU for the hypervisor, it should be web managed, or via SSH.

PiHole is a great application for a Pi, why move it to your desktop?
Unifi controller is another great application for a Pi.
Plex server could run as a VM. If you have the Plex Pass and want to use GPU accelerated transcoding you’ll need to run that directly on the host OS, or pass through a GPU dedicated to the VM (see above concern about iommu). Quadro P400 is a good choice here, cheap and low power but still supports h.264 and HEVC encode/decode.

Your “work” VM probably doesn’t need a GPU, so you’re OK there.

The other thing to look at is how your USB controllers are assigned, can you pass an entire controller through to a guest OS, or do you have to assign individual usb devices?

SSD “caching” isn’t very exciting IMHO for unraid. It’s better under ZFS (FreeNas / Proxmox). Be aware unless you have a SSD designed for caching, it will experience excessive wear and a short lifetime. (Optane or used Facebook SSD would be my choices)

Grab a used Intel Pro/1000 card off ebay for network and use SR-IOV, or a simple bridge on your motherboard lan adapter, don’t need a quad port card.

You see, the main issue here is exactly what you described in the beginning of your reply - the IOMMU. I will take a look at it, but I think you are right from what I started seeing online.

Since Plex will not play nice on Linux + AMD I would need to run HyperV as the hypervisor. I’d like to avoid that. I see that a P400 is a good investment, but I’d like to use the RX5700 for this task if possible.

The PiHole and Unifi on VMs is just to have less hardware around.

Since I have already the NIC with 4 ports, I was planning to use this one and make bond.

I am not planning for Optane - the idea was to have the SDDs I already have to do the job. I was not at all aware that I’d need some part more specialized to avoid wear - good to know, thanks.

Concerning USB pass through… If instead of having Proxmox or Unraid I configure Linux as the main host, I could still install all the VMs and use the USB keyboard and mouse on the host, could I not? I cannot undertand exactly why I would need to pass USB to the VMs.

Since Plex will not play nice on Linux + AMD

This is news to me. I have the latest version of PMS running on my Threadripper server under Fedora 31. I’m planning to move it to a dedicated VM so I can better manage it’s resource usage.

Yes there’s not a problem assigning your keyboard and mouse to VMs, but it gets kinda old if you want to plug in a thumb drive, or external hard drive, etc.

Just to be clear - Plex works on Linux + Ryzen + AMD GPUs. But, under linux, it is not capable of hardware transcoding. It will transcode using the CPU only. That’s really unfortunate, and it seems that the issue is not being considered as a priority by Plex developers.

I even installed Emby here, but have not configured it yet, since it seems to handle transcoding from AMD GPU on linux out of the box. I will test it when I have time.

I will for sure try the IOMMU on this board soon, an I hope at least the Plex VM will work properly - and with acceleration.

Ah OK… I have Plex using a Quadro 400 that’s installed in an x1 mining riser.

Hey it can’t hurt to try one setup or another, that’s the fun of it right!?

Asus X570 TUF is also a good board for vfio (GPU passthrough in Linux) It is possible to boot from a GPU in the 2nd pcie slot if CSM is disabled in the BIOS (see boot settings on the right hand side of the bios - I updated the bios manually to 1405 with a USB stick) I also disabled legacy USB & xhci handoff under Advanced in the bios so the board operates purely in uefi mode. The board happily runs RAM @ 3200mhz: Crucial Ballistix Sport LT BLS2K16G4D32AESE 3200 MHz, DDR4, DRAM, Desktop Gaming Memory Kit, 32 GB (16 GB x 2), CL16 (it is Micron E-Die so it can be overclocked quite easily) - you will also probably want to checkout the Ryzen DRAM calculator. The TUF is also the cheapest board with 8 x SATA ports (so great for zfs & btrfs software raid). Populating both nvme slots does not seem to slow down or disable any pcie x 1 slots so it is possible to also attach additional pcie gen3 version 1 nvme drives (pcie 4 x1 bandwidth = 1976mb / sec) This info for undervolting Ryzen is also quite good.

Just stump on my first roadblock.

I managed to pass through the RX5700 al right, but… the old FirePro will not work as main GPU due to some driver issues - and cannot handle UEFI. The open-source driver is buggy. The proprietary catalyst driver is not installable due to deprecated libraries from X.

Luckily I could ssh to the machine and revert the configuration removing the pass through of the new card.

I can run headless but defeats the purpose.

Tomorrow I will try to get an old card scraped somewhere and during the weekend I will try again.

You can check here which cards have UEFI BIOS

I am about to buy this little toy: https://www.amazon.com/ZOTAC-GeForce-Profile-Graphic-ZT-71304-20L/dp/B01E9Z2D60 . It fits on x1 slot, and should be able to drive my linux easily enough.

This way I could get an LSI card and have a potential of 10 HDs in total.

On another x1 I could add another 2 port NW card, and bond the interfaces together so it act as a backup server for the house and a Plex streaming server.

So, here what I got: 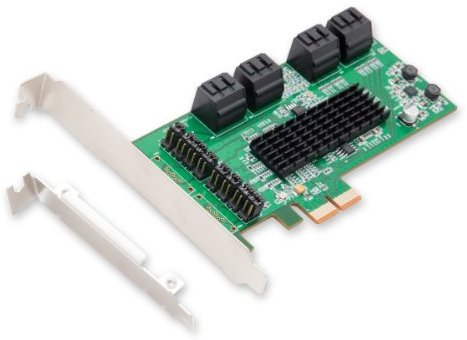 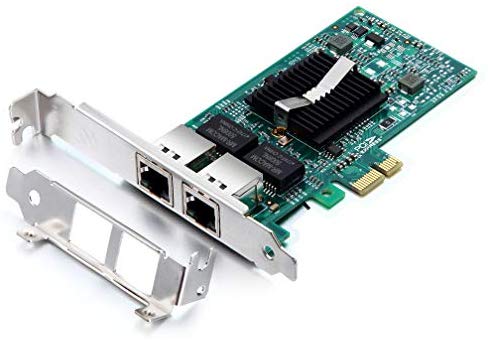 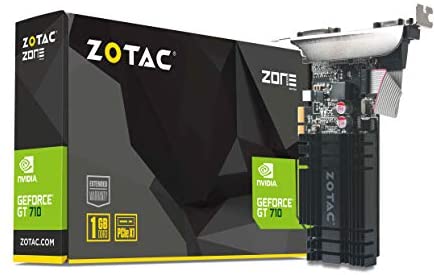 Diskwise, what I have now:

What is the final plan:

Now, the main idea is Passthroug the AMD video card (RX5700) to a windows VM running directly from the SSD, perhaps. This will be my Plex server, and photo editing machine.

For now I am starting to backup and consolidate the data , so I can slowly transfer to the Btrfs by integrating the disks when they are free, avoiding the purchase of new disks.

I was planning to go with ZFS, and I may do it in the future, but I think that right now I get more flexibility with Btrfs, since I will not buy a bunch of 8TB disks. With the configuration above I will have 8 of 10 of 16 Sata ports full.

The remainder of material will arrive in a week or so, but the main time consuming task is moving the data around…