Are the HP Z620 machines any good for doing some serious computation on? The particular machine I am looking at buying has 2x Xeon e5-2670 CPUS and 64GB of RAM and I guess it has an older Quadro 600 in it–if that matters? I was planning to install Linux on the machine.

Highly depends on price.
For less than $800, should be a fairly good deal.

The Threadripper 1920X is going to deliver the same if not more performance. Build suggestion

The Quadro 600 won´t win any highscores, but Quadro is Quadro.

Concerning Linux compatibility, I have less doubts about that than windows compatibility, however someone with more knowledge should weigh in on that.

The one I have found is going for $700 shipped–which does not seem bad at all.

That does not sound bad indeed. Certainly won´t get you a new machine that plays in that performance category.

Thanks for the advice. I can even go for a cheaper one without the Quadro and use one of my roommate’s GTX 1080ti that is laying around from his stripped won mining rig. =P

No kill like overkill. Gonna need that 4k60 on the command line

How about this one? 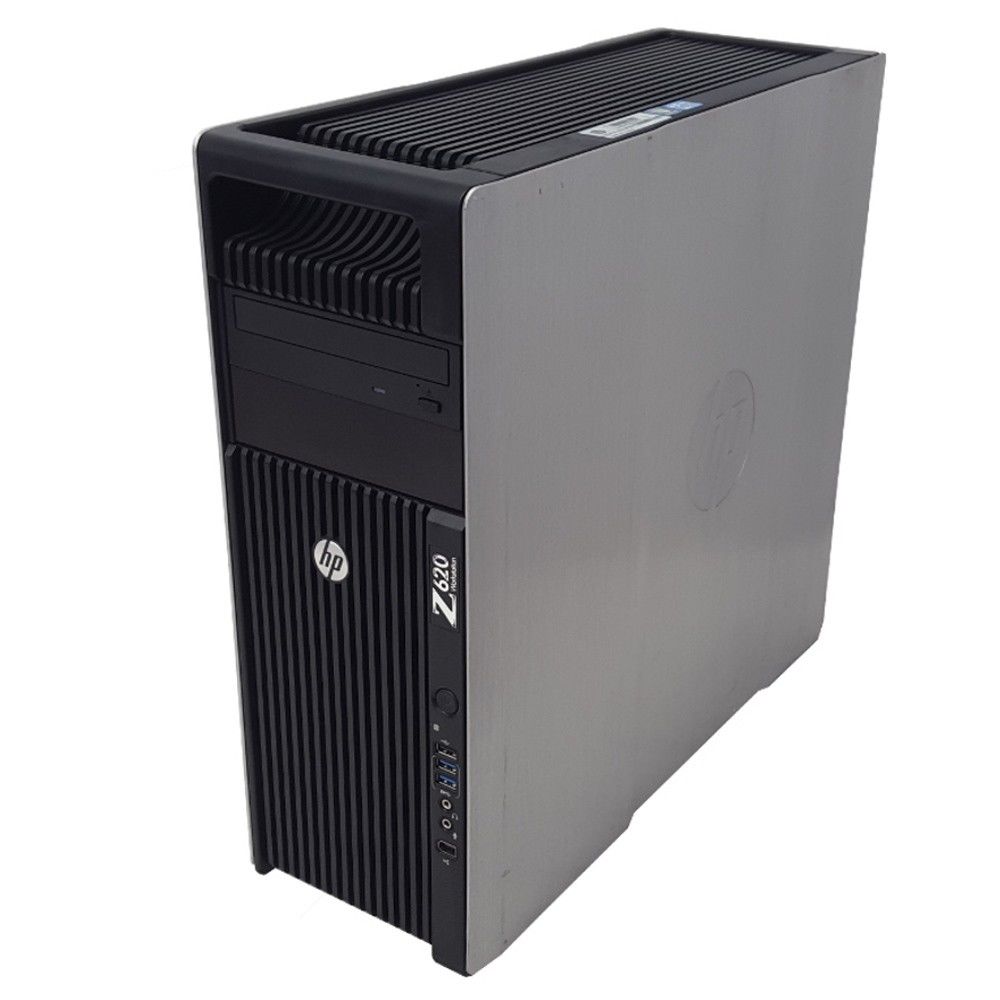 Our technicians specialize in HP models ensuring that your unit will arrive on your doorstep with quality components and performing at optimal efficiency. Model: Z620. Hard Drives 2x 500GB 3.5" SATA. | eBay!

They’re good (depending on price), we used to use them as en-mass as workstations at the office and we’re a Linux shop.

They’re very quiet when under no load.

However, that was years ago; it probably makes more sense for you to build a similar or better performance ryzen 3/5/7 box for similar money. You’ll get more modern features from the motherboard/chipset

You need the TR 1920X minimum to get similar performance. There are points to be had for a new machine, but for $700-ish, you wont get anywhere near the performance of these used.

Concerning Linux compatibility, I have less doubts about that than windows compatibility, however someone with more knowledge should weigh in on that.

How about this one?

I would buy it, It’s actually a good deal IMO if that is the price for it. If your work load can go over 2 cpu’s that’s not bad. If anything you can find a hundred other things to do with it.

back in the day, my previous employer had one or 2 of these for running some citrix apps and a ERP + DB. I also believe ther was some other virtualized things but i don’t remember now.

I was planning to install Linux on the machine.

what do you plan on doing with it if you don’t mind me asking?

I plan to do some embedded systems work, and I plan to run a home server for me and a few roommates (graduate crash-pad).

This is a good choice for the money. If that is the correct price. I would replace the HDD’s with some WD Black or Red drives and put / in a ssd. maybe use a 240GB ssd (cheap) as a scratch for the HDD’s.

That was the plan! I do get a hefty stipend, but I would rather not spend a lot of money on a pet project. I think this is a very good cost effective solution. I appreciate everyone’s feedback–this forum never disappoints.

I think this is a very good cost effective solution.

This will do just fine ! And affordable

Just out of curiosity, would a Threadripper 1950x system be a measurable amount faster than the dual Xeon system?

would a Threadripper 1950x system be a measurable amount faster than the dual Xeon system?

This is a fairly older system in comparison. But the value / performance here is the catch. Surely TR is faster but does it constitute the cost for the use in this situation

Here is a list of the configuration I am looking to put together. I edited the price of the Threadripper and Motherboard because I have a deal lined up that gets me the board and CPU for $640. Do you guys think that is a good starting machine that I can add to in the future? Or should I look for a different case that has more drive cages in it? I mainly just need a case that has good clearance in the top for a 360mm rad. Again, please note that my roommate has agreed to drop one of his 1080ti GPUs into this system.

Bought a HP Z220 CMT from them a few days ago, around the time this thread was made.