How will I ever fit a second loop in here?

I’m picking up two 1080tis with waterblocks soon. I want to put them on a separate loop, and probably toss my NVME drive on that loop as well. Currently, I have two pumps pumping through the VRMs, PCH, fan controller, cpu, and nvme drive.

Now how would I ever fit a second loop in with a reservoir, and two pumps? Best choice pickup a CaseLabs case, or that new Phantek? I could mount the reservoirs on the pumps freeing up some space, but I’m worried that won’t be optimal for flow and noise. 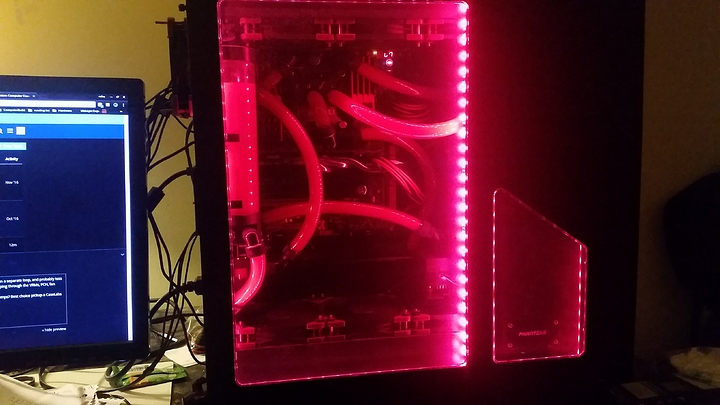 If you are going to fit a second loop you need to completely redesign both, cause this is a mess as it is… There are hoses and stuff everywhere. Clean it up, think it through and go again…
If this is Enthoo Pro you should be able to fit dual loops no problem as long as you do it properly.

It’s an Enthoo Primo. There isn’t enough room behind the tray to fit a dual pump, large power supply and pull air in from the side to keep positive pressure.

I’d have to drill custom holes to mount everything.

Pumps on the res is totally fine for flow, and its honestly a fairly small difference in noise on tube res configurations (but much louder in something like a 5.25" bay res).

Remember airflow through a rad is on the order of half what you push with the same fan open air, so positive pressure can be created even with less intake than exhaust fans. Or if both your intake and exhaust are on rads, and you have equal numbers in\out, then just run the intake a little faster.

Its also WAY harder to block airflow than you think, because flow inside a case is turbulent rather than laminar, think of it more as changes in speed needed to maintain flow for a given cross section than collisions with visible obstructions. Thus tubes everywhere and terrible cable management may not look appealing, but it has no real affect on your temperatures. That said given your on soft tube you may as well change your layout within the case you have, its limited time or cost compared to a hard tube rig, and frankly the enthoo pro is big enough.

Oh, it’s Enthoo Primo, it’s even larger than what I was thinking…
You should be completely able to put two loops in there…

You probably should take apart the loop and replan the tubing layout.
Of course I have never done custom loop, so take my statement with a grain of salt

It’ll imrpove a bit by putting the second loop in. I won’t have to cross down anymore to get from the top to the bottom rad. I’m almost tempted to sell this case for an Enthoo Elite or CaseLabs just so the top rad doesn’t crowd the mobo in a push pull configuration.

Do like me and take out the drive cage, have a look here, 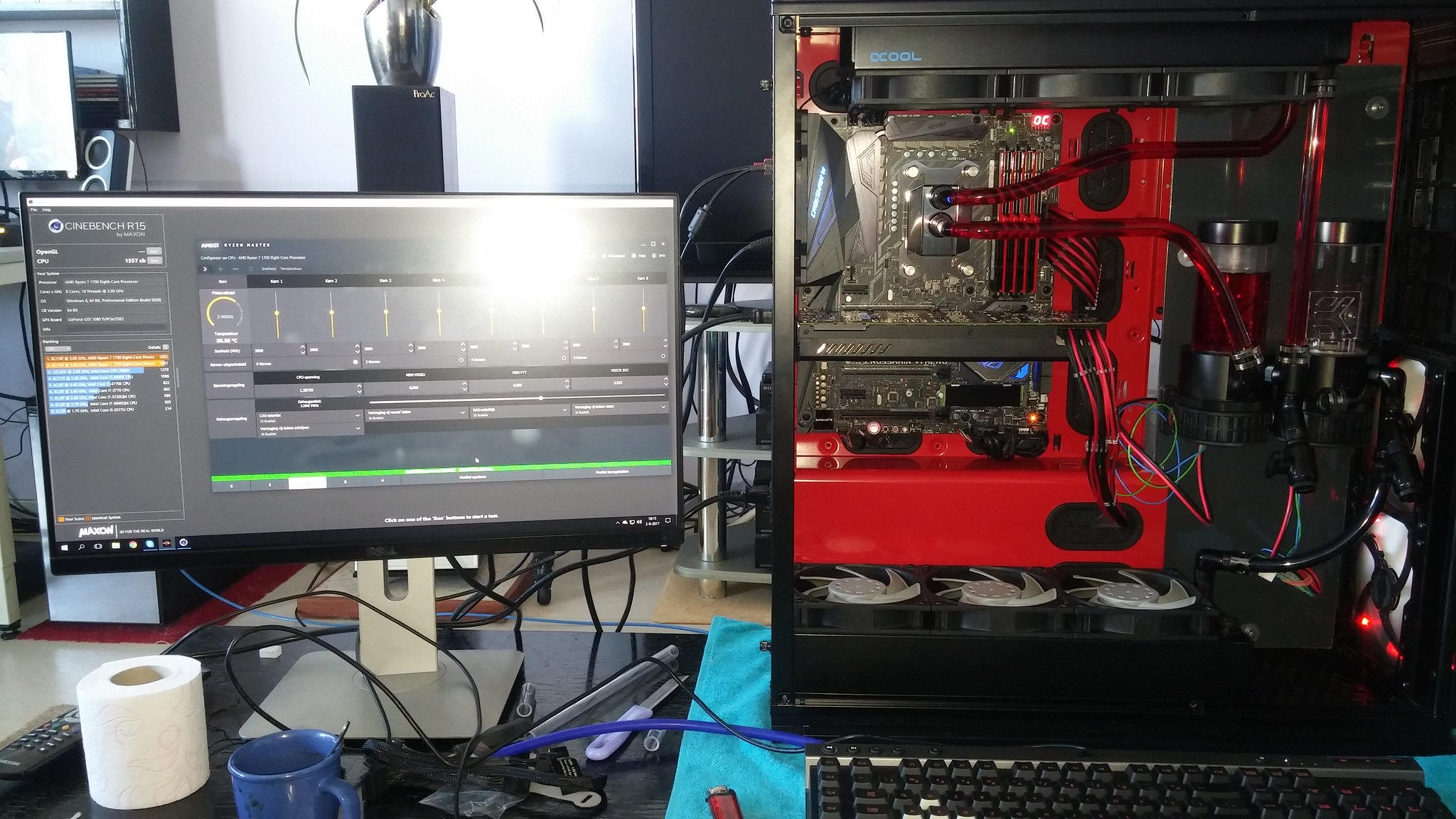 The only reason I’m seriously considering one is for how light they are.

Yeah, that would definitely help a ton. I think I’m trying to fit more into this case than expected. I need to keep the 5.25" bay in there for fan controller and lighting controller.

Its a big case with a absurd amount of drive storage, was planing on keeping the 5,25 drive space but i like the open space. On flickr there’s a photo with it stil there. And dual loops eat up space like crazy.

Its a big case with a absurd amount of drive storage, was planing on keeping the 5,25 drive space but i like the open space. On flickr there’s a photo with it stil there. And dual loops eat up space like crazy.

Yeah, it’s definitely an amazing case. My whole issue is really a design problem with the NVME waterblock. If it only ran length wise I’d have plenty of room. By the way have any idea if a serial or parallel bridge is ideal for a GPU loop?

Temp wise like 2/3 C difference so its more a case off what you like beter looks wise, i thought about a nvme block but it would complicate the loop to much. Compared to my current pc i love the clutter free looks of my new rig.

Yeah, it was so much cleaner without the NVME block. The damn, 960 pro never goes above 50c, without it the drive would probably throttle if I was doing a bunch of writes. Definitely, an edge case that only comes up rarely. I do love how quickly I can zip large folders.

Worth noting, two normal tube reservoirs do fit in the width of the Enthoo Pro, so you can get two loops while keeping the front HDD’s that way. Also you can keep the drive frame+5.25" while taking the two actual drive cages out… and a cheap\home DIY-able 5.25" to 3.5" + 2.5" (basically a plastic or metal flat sheet cast\bent to a channel with the mount holes drilled in it) will still let you keep a couple of drives if you have at least one free 5.25" after mounting, or even if your 5.25" bay devices are very short.