How to keep nvidia settings after reboot?

how can i keep the changes i make in the nvidia control panel to save even after reboot. I save the xorg file but it resets if i log off or reboot. =/

I think there's an option to save a nvidia settings file in your home folder. If you're overwriting your xorg.conf make sure you run nvidia-settings as root because nothing besides root can change xorg.conf

Not trying to hijack your thread @thePR0M3TH3AN but I'm having the same problem. So if you saved to /home/USERNAME/xorg.conf instead of /etc/X11/xorg.conf it should work?

The home folder file I was refering to is something like nvidiarc.something

I ran "sudo nvidia-settings" and saved over the xorg.conf but it still reverts to the default settings after a reboot. =( 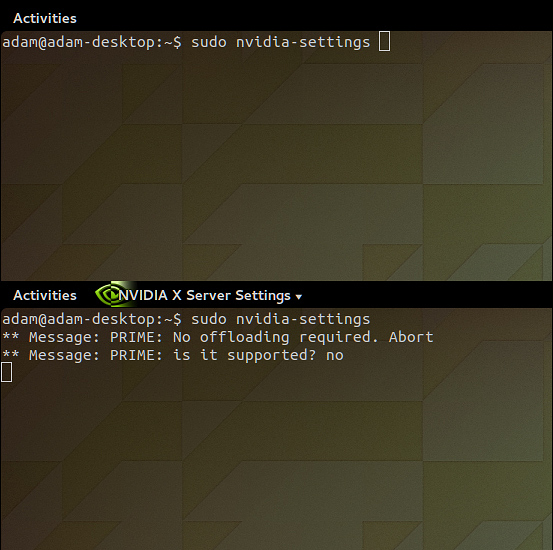 Also there have been a few recent bugs confirmed with the nvidia control panel on Ubuntu, specifically writing/saving to xorg.conf - mainly multiple monitor setings and such.

try manually editing your xorg.conf with your changes;