How to install kubuntu on a hdd that doesnt show up when I start the install?

Do you get a message that the drive will be unmounted when you start the installer? If it’s blank you might go ahead and format it to ext4 but I don’t think you should have to.

I dont remember seeing a message like that but it could be is there anyway to stop that happening?

It’s normal to get that message as the installer won’t be able to see the drive if it is still mounted. Are you able to start the installer without going booting into the live mode? That would prevent the system from attempting to mount the drive before the formatting stage of the install.

tried that and It didnt show up then

It’s just a normal SATA hard drive right? Strange. Since you can see it in the live mode it wouldn’t the the SATA operation either. What model motherboard do you have? Is the SSD on the same SATA controller or is it an M.2?

MSI B350 TOMAHAWK gaming motherboard supports AMD® RYZEN Series Processors for socket AM4 and up to DDR4-3200+(OC) Memory, bundles with M.2 & U.2 SSD to provide the best VR experience with its strong performance

Yeah SSHD won’t matter. Nothing strange about that board setup either since it looks like all 4 ports are on the same SATA controller. I’m kinda at a loss honestly. Might try flip flopping the SATA ports that the drives are connected to. If it does the same thing installing another distro flavor then it’s something to do with the way the controller is detecting the drive. 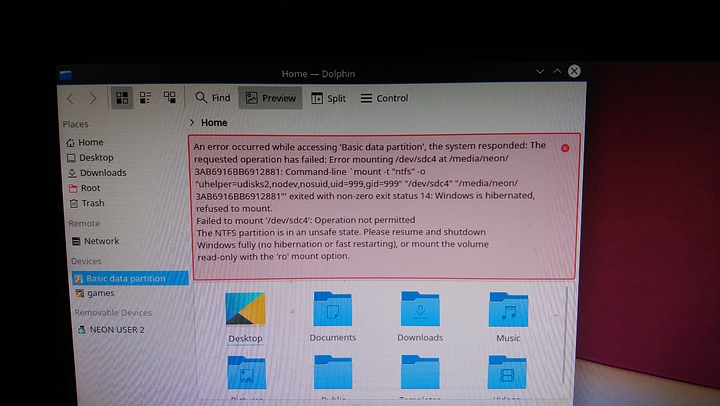 DSC_0050.JPG5984x3376 6.58 MB
Huh when i start the installer it seems to in mount the drives when i goes to prepare
And KDE neon hasn’t worked as well it seems to be something in the Ubuntu base I’ll give Debian a shot next
And debian picks up both my ssd and hdd nice now to figure out how to split the hdd so i can still install my games in windows
ninja85a August 28, 2018, 9:33am #11

I would go ahead and format your NTFS partition using your drive/partition manager in linux. Once you’ve got that in place everything should be good if I’m understanding correctly. Windows should be able to pick up the drive, mount it, and NTFS partition but won’t be able to read the EXT4. 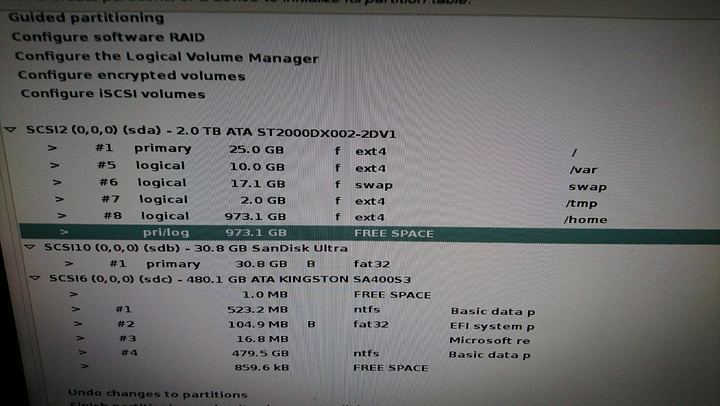 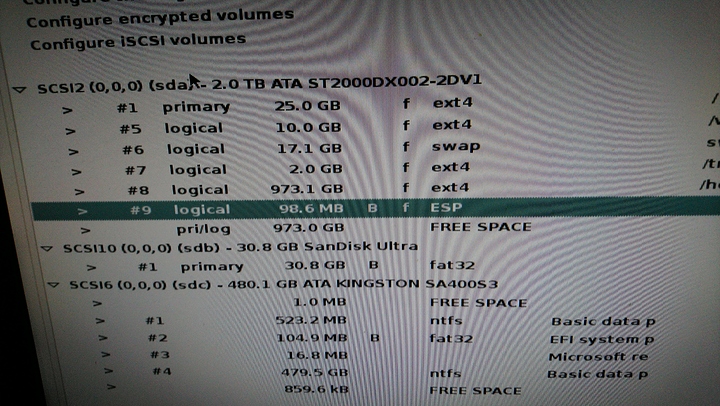 It probably wiped GRUB during the install happened, you should still be close to getting it sorted and booting properly.

Is the fast startup setting turned off in windows? Windows holds onto the disks it had mounted until you turn it off and restart. It’s in your power settings.

I’ll give that a check ina bit

and another try at installing it and it still wont install