How to draw on a tablet

Got myself one of those graphic-tablet things. Wacom Intuos Pro S
And I thought I would just jump in the water. Fired up my software of choice I am familiar with and started playing arround.
First few attempts resulted in me giving up the techniques I used when “drawing” with a mouse. Simply because it does not work when using a pen. Next project was another case of stop it - close - delete
Then I tried doing more with the pressure sensitivity resulting in some feather-esk looking line. Developed the following image from there: A day later, I decided to just “try something”. I took a picture and started redrawing it. As in put a new layer over top and painting over the existing picture (similar to how I did things using a mouse). WIP of the project: When reading this, you have seen what I tried. I have no destination, so the path is the destination. Any tips and critique is appreciate

Practice makes perfect, dude…
The more you do it,the better you become at it. It’s that simple.

Just being creative is wonderful. Today I was very tired and I decided to do this Super Mario cardboard craft and while I didn’t get it right it was fun. I figured out I am going to need some glue to get what I am doing right. Best of luck with your projects in the future. I think I finally am started on doing more.

From personal experience, try writing with a pen tool/preset in the software to get a feel for the pen and when you are used to that start writing with a brush tool/preset to practice the pressure part of tablet.
other than that doodle, doodle a lot, it will help you to get comfortable with the pen and tablet

I guess it is like going from pencil to paint, same basic technique, but still requires some tuning through practice to truly get good results, what you have done look good though

I plan do keep doing this same painting over and over until I finally get it right. 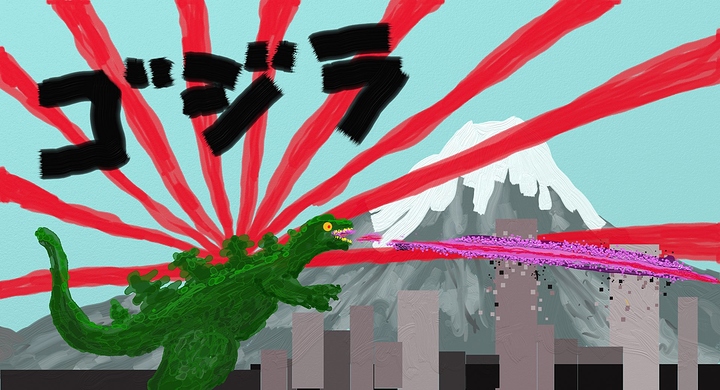 I’m not satisfied, but it’s been a long time since I used my tablet and the software for it.
As a graphic designer, the lack of precision was driving me crazy. Painting is much looser than designing and I have to learn to ‘Go with the Flow’.

edit:
I wanted to sketch out my idea, and I like it but the composition needs improvement. The only thing I’m going to save are the Kanji characters that say Gojira.

personally i like my brushes to adjust either the opacity or the size with the pressure sensitivity.
size to pressure is good for lineart with expressive line weights.
opacity to pressure is more like traditional brushes/pencils. if you’re used to shading using varying pressure with a single pencil you’ll be good.
both at the same time maybe only in certain specific situations.

try to use the largest brush size possible for the detail required. meaning dont try to fill in large areas with a small brush.

thats kindof the most basic points i guess

personally i like my brushes to adjust either the opacity or the size with the pressure sensitivity.

size to pressure is good for lineart with expressive line weights.

Took me a while to find the option as it is less of a “setting” and more of a tool in my software. 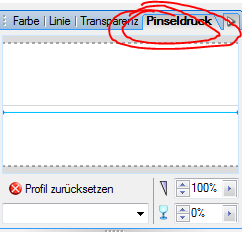 And using the setting in combination with my previous style, I made a Pachimari (from Overwatch) I’m picking up digital painting myself, and while I have a decent understanding of most drawing principles, I’ve found the biggest hurdle is just understanding the brushes and how they will blend. I work primarily in ink and pencil when I work traditionally, and obviously those aren’t quite the same. Even paint is not a great analogue for digital. As others have said, I think the biggest thing you can do to improve is practice.

Looking over your drawings in the first post, I would say the biggest thing to improve on would be line making. There are moments where you do this really well- for example the green swords/red shoulders in the last picture have a great sense of volume and texture to them. The lines used to fill the space with color are not haphazardly drawn, but feel very intentional, and give us a feeling that the 2d drawing we’re looking at is conveying a 3d object. Compare those areas to teh coloring on her thigh, which has more of a smudged appearance-- it feels like a block of color that was put there because you had to fill that area, not because you wanted to indicate anything about the volume or shape of her leg.

(Of course, simply filling in a space with solid color, sans-line-making, can be a really bold choice when done appropriately: Example by Toulouse Lautrec. See how the lines of the hair curve around the man’s head and the textures in the background all contrast with the heavy solid blacks in the foreground? This is a good example of mixing the two principles.)

Okay. Will pay more attention to the way I fill in blanks/texture less spaces.
Thanks

I’m still using my small-ish Bamboo Create for some painting and touchups, I started a few years ago with an awful AWFUL Genius 3" tablet. The first hurdle was to actually draw without looking down at your hand/media. I followed CTRL+Paint on Vimeo at the time and waited for each episode to practice something new each week. Here’s the link:
https://www.ctrlpaint.com/library/

Version 2 of the Gojira painting. 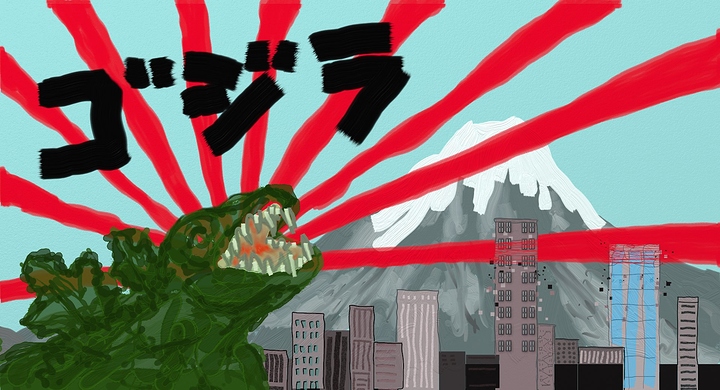 Drawing tablets require practice! Definitely not as intuitive as pencil and paper. Even if you get used to a tablet, there’s a short “warm-up” period even for experienced artists.

I generally set opacity to 20% when sketching. I use a chalk brush that came with KNKL’s brush pack.

If you are just starting out and learning how to draw, it’s generally recommended to learn the basics on paper first and then transition to tablet/digital later.