How to create home lab network

I am creating a small homelab with a PC I am building and some tinyminimicro nodes. However I have no physical ethernet connections in the studio I am rented at. The landlord has ATT gigabit fiber, but we are provided with just the SSID and password for the ATT router/ap. I have offered to run an ethernet cable to our studio as the modem and router are literally just a room over from where we are at but that is out of the question. Also, there are no Coax ports that I can use for Moca, which is something I have done in past apartments.

My question then is, since I can’t run cables, or use Moca, what wireless options do I have for connecting to the ATT router/ap, and creating my own, isolated wired and also wireless network?

For reference, there is only 1 wall separating where the ATT Router/ap is from our apartment, so we get a fairly strong signal.

most of the mini nodes come with wireless network adapters. I would get a small switch like 8 ports. Wire all the nodes together for cluster management and synchronization using the on board network port.

Then I would use the wireless network card to connect to the internet for pulling down data and such.

That’s not a bad idea, but can create a lot of congestion on the WiFi (maybe that’ll teach the landlord?).

MikroTik routers with WiFi can be set in client mode - I’d buy one and have it as a client and make the rest of your network wired. As a bonus this isolates OP’s network from the other tenants.

MikroTik routers with WiFi can be set in client mode

Something like the CRS125 would condense this down to a single-device solution.

Here is a guide I followed before: 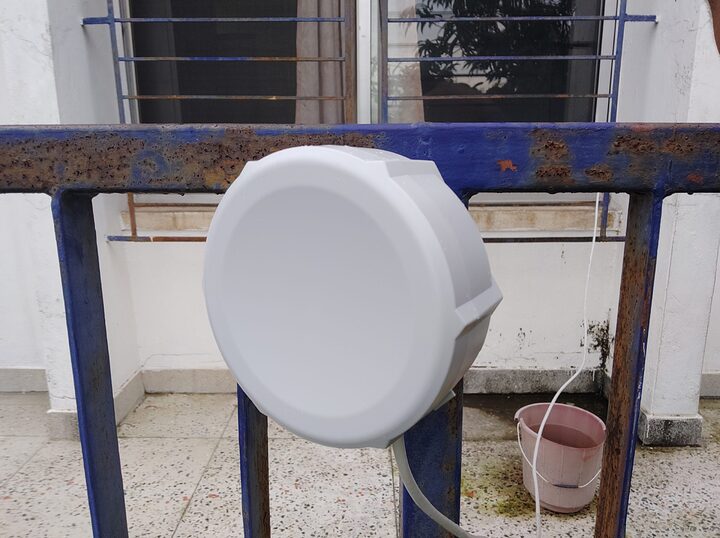 Introduction I live in an university campus. Sometimes my work involves building small computer networks to connect devices together and to the Internet for personal, work and experimental use. I...

Did you consider powerline adapters to route ethernet via your ac lines?

Wifi might end up being better in value versus a high end version of these, but keep it in mind as an option.

Power-line communication (also known as power-line carrier or PLC) carries data on a conductor that is also used simultaneously for AC electric power transmission or electric power distribution to consumers. A wide range of power-line communication technologies are needed for different applications, ranging from home automation to Internet access which is often called broadband over power lines (BPL). Most PLC technologies limit themselves to one type of wires (such as premises wiring within a s...

More a case of if the Landlord minds/cares/notices

I’ve thought about it but the plugs in our place are pretty crowded, so I don’t know if that will make the quality suffer.

This sounds like a great idea. Would the MicroTik device also transmit it’s own SSID to connect to?

I believe you can

Not sure, and for lack of an AP of theirs in hand, I can’t test either.

If I was in your situation, I think I’d buy a cheap MikroTik AP and configure it to act solely as a wireless bridge to your landlord’s WiFi. Then connect the MiroTik to your own wireless router. You’ll be double NATing but at least your devices won’t be intermingled on your landlord’s network.

And by using two separate WiFi APs/Routers you won’t have to give up a band (2.4/5ghz) on your own wireless network.

Or just buy a router which can be configured in AP mode and run everything off the hAP. Two hAPs?

Or just buy a router which can be configured in AP mode and run everything off the hAP. Two hAPs?

Edit: Sorry misread your response. Yup that’ll work too.
You could run in it all off one hAP but I believe when using client mode it will steal a band from the radio. So if you’re connecting to the landlord’s WiFi over 5ghz then only 2.4 ghz will be available for any wireless SSIDs the OP wants to create. Or vice versa.

Sure, two hAPs would work. Or whatever other brand router the OP already has laying around or prefers.

Ok, so with hAP, I would get one configured in wireless bridge mode (essentially acting like a wireless ethernet cable from the ATT router/ap), and then I would wire the second hAP to the first and that one would act as my personal router/ap? Am I understanding that correctly?

Yup, I’ll drop a good walk through guide at the bottom. According to MikoTik’s documentation station-bridge mode is a proprietary protocol and only supported between two RouterOS devices. I’m not sure how they have it working in the example… would had thought they needed to use station mode. So the AP connecting to the AT&T will actually need to handle the NAT and DHCP as it won’t be able to bridge L2. And your 2nd MikroTik router will then be configured in bridge mode just for WiFi. Hope that makes sense. 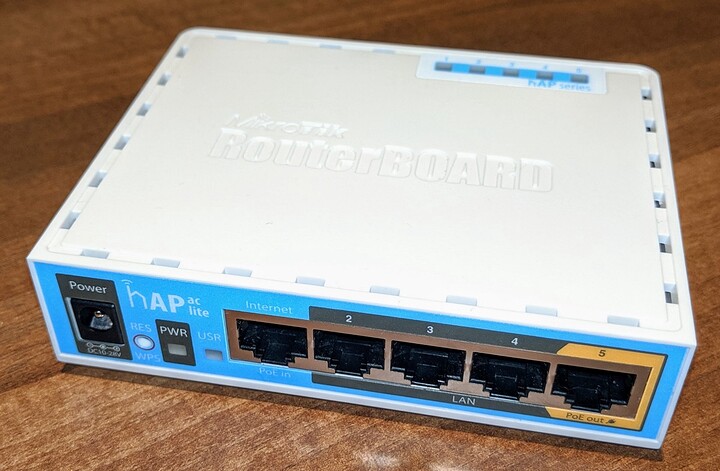 We’ll show you how to set up a network, where you can assign and manage your local IP addresses and connect it to a public WiFi.

Mikrotik can do whatever you need, but … the question is more what is it you want.

Me, I’d want my own network to be as much wired as possible … with the exception of phones, tablets, laptops, iot sensors, which I’d want on my own wifi, and not someone else’s.

How I go to internet, which other networks my router connects to (is it a single cable docsis, fiber, wifi, vdsl, 5G, combination of several networks), that’d be a separate thing.

I think I’m leaning towards something like MikroTik Routers and Wireless - Products: SXTsq 5 ac for uplink and basic routing…

… for internal wifi I’m currently using unifi u6-lr, but I recently got a u6-mesh and that one’s pretty cool too… and tiny.

There’s a bunch of modes, there’s even one that will pretend to be multiple clients by establishing a new wifi connection as a station with the same mac address as the ethernet host.

I think I’m leaning towards something like MikroTik Routers and Wireless - Products: SXTsq 5 ac for uplink and basic routing…

You’re right, that’s a better choice. Just push the AP right up against the wall

So in this case, how would the SXTsq 5 ac fit into the equation? Would it be something like this?

Hope you all don’t mind the questions.