How should a perfectly producitve Desktop look for you?

I now this might sound weird, but let me explain a bit.
Ever since i switched to Linux, the customization of my workspace was a major draw for me. I love tinkering with my UI until it breaks.

I recently read a series of articles on Medium (Part 1 here ) on the authors perception of regression in Interface Experience. It was mostly a “Gnome got so bad, look how great apple does it” thing. None the less, it got me thinking. How WOULD i make it, if i had the choice? What would my workflow (not talking about themes/looks) look like. Some points that where brought up

So those are things i already somewhat do. But what are other things that an ideal DE should do?

Those are only some questions i’m constantly testing and throwing around. I basically come areound from Gnome to XFCE to i3 back to Gnome. What are your thoughts? Ideally we’d do a study on a broad range of people to find the perfect Interface (not the most pretty, the most usable), but since i can’t do that, i keep on trying it for myself and would be interested in your ideas.
Plus maybe some things i haven’t yet though about?

All of the above do it for me.

Interesting.
Do you have the Docks on “Intelligent Hide”?
Also, how do you handle multiple Windows per application? I have been using Gnome and Plank on XFCE for some time now. I found though, that not seeing the dock often gives me not enough overview on what i have open. Plus, none handle selection of multiple windows/tabs decently.
I agree the Windows 10 Taskbar is close. Expecially with win+Number hotkeys.

Well since moving to KDE I haven’t gone back. It is just so efficient and customizable - with the taskbar on the right everything seems close and doesn’t waste screen real estate.

My laptop screen as example: 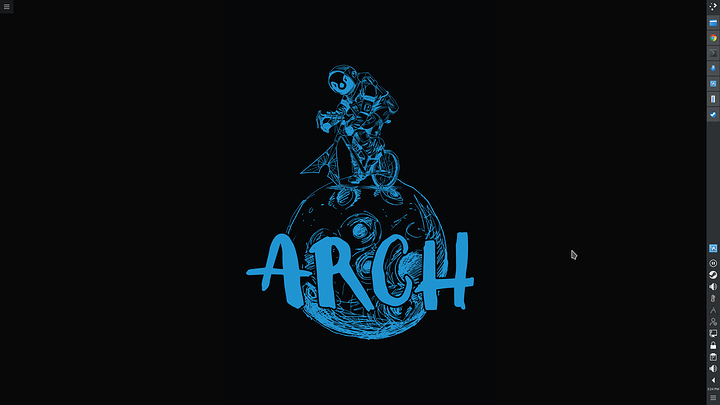 Do you have the Docks on “Intelligent Hide”?

Also, how do you handle multiple Windows per application?

I don’t normally do this, but when I do, I put it on another monitor.

I agree the Windows 10 Taskbar is close. Expecially with win+Number hotkeys

I don’t normally do this, but when I do, I put it on another monitor.

Not sure that’s what i meant. I have more problems with docks handling 2 or 3 open Terminals. Most combine the into one symbol with indicators. But handling to activate a specific of those is often hard. Or do you mean one dock per screen/workspace?

KDE you have an option to group or ungroup icons in the settings. Also you can select a specific window with win+number.

OH, I get what you’re saying.

Tl Dr is I only usually have on terminal app open.

Otherwise I will Super/Control + Tab

I have a hard time thinking of anything more perfect than “i3” for me, i need to check out “awesome” though.
But i have a mentality of touching the mouse is a last resort.

Yeah, i3 is beautifull to work with. Since most of my work revolves around mail, websites, windows servers etc, a mouse is sadly a must for me. I switched to a trackball some time ago which made that part better.

I personally look for something that has a similar workflow as windows xp / 7
So desktops like Cinnamon, XFCE, LXDE/QT generally fit that kind of workflow.
An active desktop is a must for me.
But honnestly non of the DE’s are totally perfect.

Cinnamon and XFCE are generally still my favourites.
But KDE plasma is also getting there, since they have managed to get the system resource usage down allot, and there is an option to switch to folder view nowdays,
making it an active desktop.

Gnome 3 is totally trash for my kind of workflow.

What the *box window managers are, are what makes a perfect desktop for me.

I really, really like KDE. I want to use it. But it always feels a bit “unstable” to me. Many little things that just don’t behave exactly right. Latte Dock sometimes gets a bit messed up, things don’t appear where you dropped them… I always have a feeling of it being on the brink of collapsing. That’s why i’m still on XFCE. Similar idea of a Desktop, but more stable. Plus, i need some GTK Applications anyways, but don’t need any QT applications.

Well yeah KDE can still be a little bit wonky at times indeed.
But also has allot of great things like the Dolphin file manager,
which arguably is one of the best file managers in linux today.

One of the great things about XFCE is that although it looks kinda dated.
But no matter on which hardware or distribution you install it on,
it allways just works and is reliable.
XFCE can also be customized allot to make it look more modern.
But that needs a little bit more work then Cinnamon or Mate for example.

I still love XFCE, just because of the whisker menu which is awesome.
And the fact that it allways just works!.

Openbox-esque-style desktop customizable rightclick menu, and then something what I once achieved but cannot reproduce anymore: 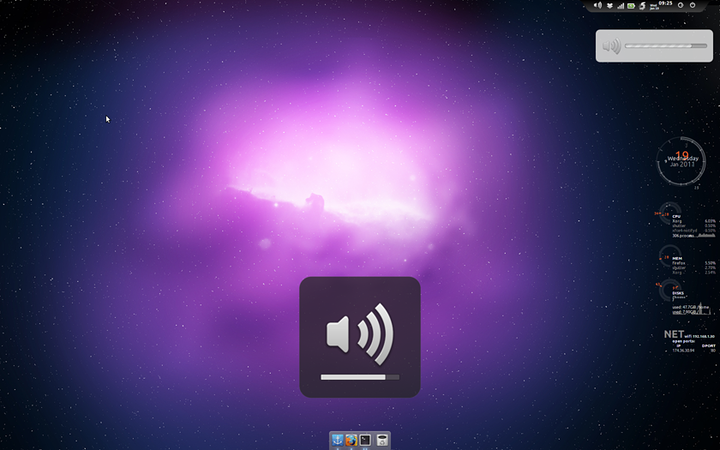 Sadly I don’t have a better picture.